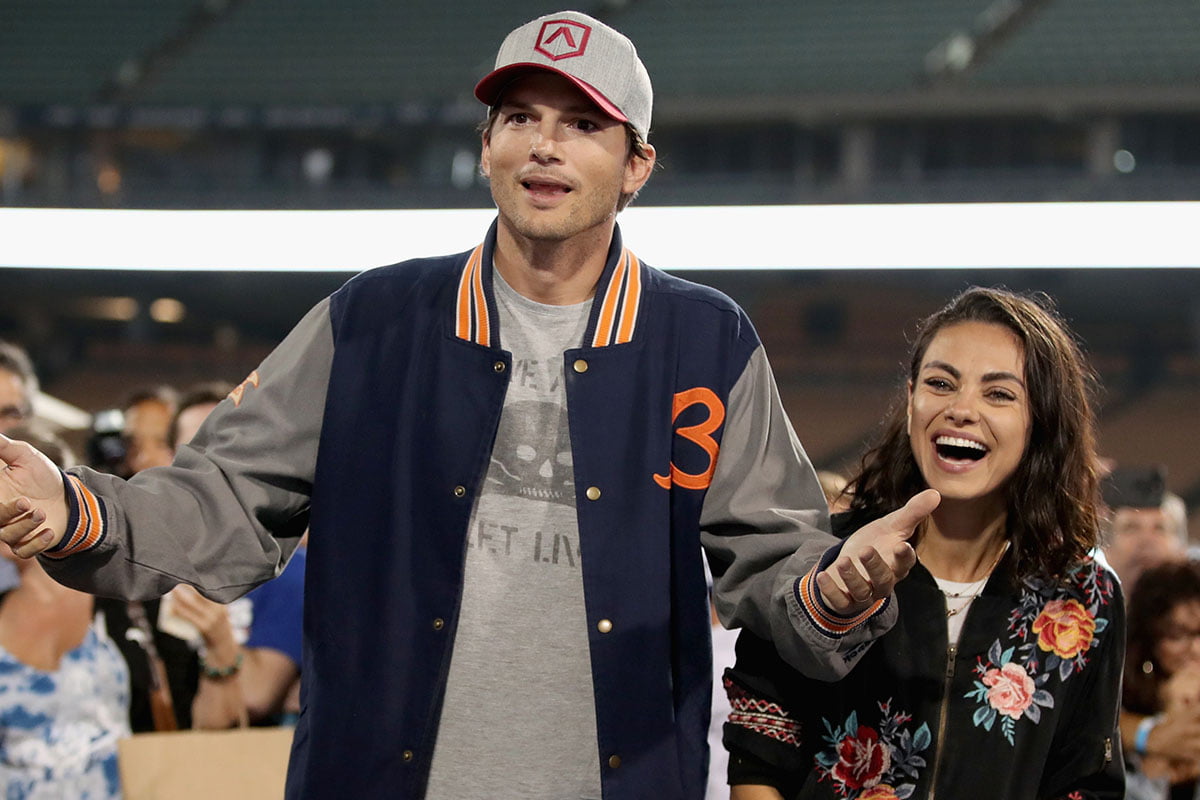 In June of last year, Life & Style wrote that Kunis and Kutcher were in marriage counseling to fix their struggling relationship. “Do Mila and Ashton have the perfect relationship? Absolutely not,” an unnamed source told the magazine, adding that counseling was “the glue that’s keeping them together at this point.” In reality, the tabloid was trying to cover itself for phony stories it had been publishing claiming that the couple were on the verge of splitting up. When they didn’t, it was forced to make something else up. But Kunis’ own spokesperson told Gossip Cop on the record that the story, like the ones preceding it claiming they were fighting, was totally made up.

Just a month later, Gossip Cop debunked a National Enquirer story alleging that Kunis was starving herself amid marriage problems with Kutcher. Kutcher’s ex-wife Demi Moore had recently announced that she would be publishing a memoir, which kicked off a long and totally unsubstantiated tabloid narrative about Kutcher and Kunis’ supposed marriage problems resulting from the release. This article, for example, claimed that Kunis was “too stressed to eat” over fear of what would be revealed in Moore’s memoir. Kunis’ rep again assured us that the article’s claims were “all untrue.” Additionally, Kunis and Kutcher had taken to social media recently to mock another tabloid for claiming they had split.

That August, Woman’s Day published a ridiculous report that Kutcher was lashing out at his wife after being called upon to testify against Michael Gargiulo, the so-called “Hollywood Ripper” who murdered a woman Kutcher dated in 2001. Kunis, a supposed insider said, had taken off her wedding ring “until he can get his act together.” Gossip Cop pointed out that People had reported just a week prior that the star couple were “very happy” together. It was painfully obvious that the magazine was just trying to capitalize on the attention Gargiulo’s trial was receiving.

Two months after that, the Enquirer was back to claim that Kunis had banned Kutcher from drinking. The recent release of Moore’s book supposedly had Kutcher “drowning his sorrows” over the secrets of their marriage being revealed. Kunis, another shady “insider” told the tabloid, was “horrified by his self-destructive habit” and had little sympathy for her husband’s “pity party.” Gossip Cop, reached out to Kunis’ spokesperson again, and we were told that Kunis was not in fact forcing her husband to give up alcohol. People likewise reported that Moore’s book had not harmed Kutcher and Kunis’ marriage.

Most recently, Star reported in February that the couple were “miserable” together at the Sundance Film Festival, where they attended the premiere of Kunis’ film Four Good Days. A supposed “onlooker” told the tabloid that Kunis was “acting like she didn’t want to be there,” again noting the alleged “rough patch” that the spouses had hit after Moore released her “explosive memoir.” Kunis’ rep again assured Gossip Cop that the story wasn’t true, while People, who must be getting as tired of this narrative as we are, wrote that the couple was “making the most of some child-free time” and enjoying themselves together.