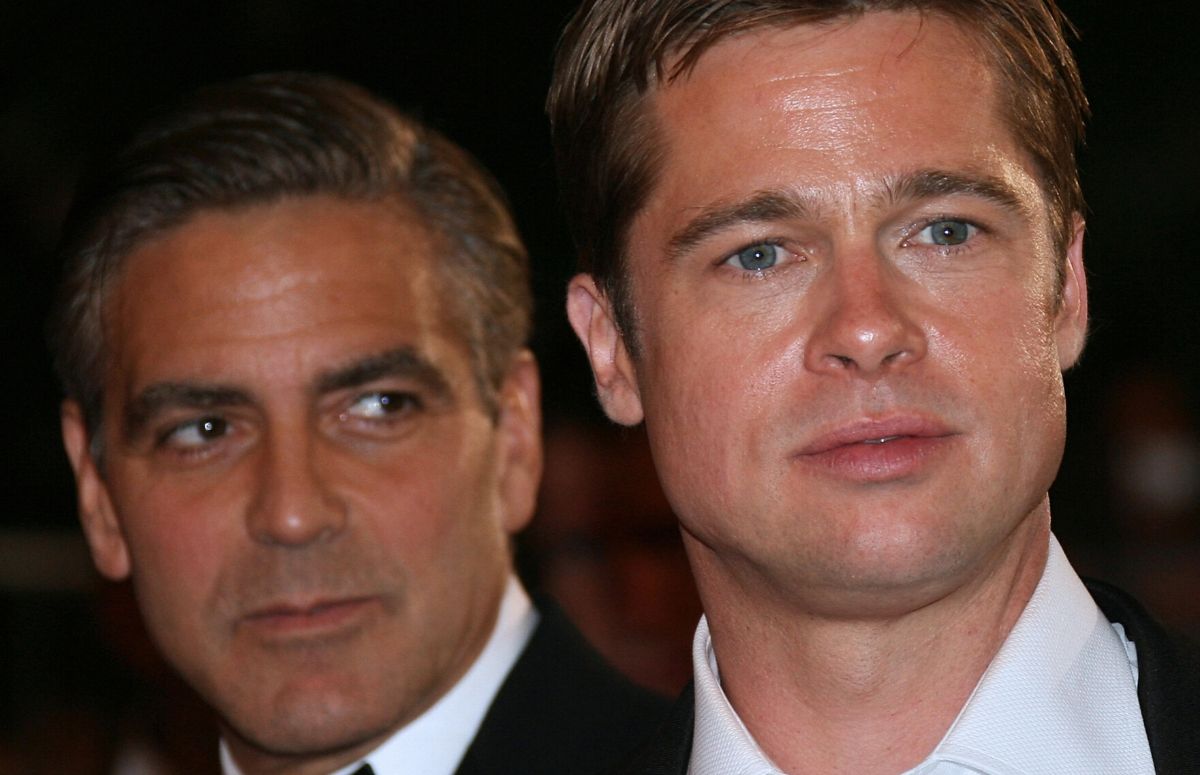 Two of the most beloved Hollywood stars, George Clooney and Brad Pitt, have both been hit with numerous rumors that the actors are hiding a “secret love child” by the tabloids. Gossip Cop couldn’t help but notice the trend featuring the two Oceans 11 actors. We compiled all the busts we had on the topic to reminisce about this false rumor.

“Brad’s Secret Lover Is Pregnant!” blared a headline from NW. The unreliable outlet claimed Pitt knocked up an “LA-based woman in her late twenties,” which allegedly made Pitt “a dad for the seventh time.” The unnamed woman didn’t have much to say in the article beyond, “I’m having Brad’s baby.” Well, she also mentioned that she couldn’t speak on the record because of “legal reasons.”

Gossip Cop guessed that these “legal reasons” were because if she’d openly accused Pitt of fathering her alleged child, the actor would be able to sue her. Unlike this untrustworthy publication, we decided to reach out to Pitt’s rep for answers. The rep informed us that there was no truth to these unsubstantiated allegations. We decided to trust Pitt’s official rep over the word of some anonymous woman claiming to be carrying his baby. We rated this claim as false.

Clooney, who happens to be a pal of Pitt’s, has also been hit with these kinds of rumors. Last summer, rumors began to emerge that Clooney was the true father of ex-girlfriend Stacy Kiebler’s 5-year-old daughter, Ava. NW was one of the first tabloids to report this false rumor. The unreliable outlet claimed Clooney had received a letter demanding he take a DNA test to determine whether he fathered the 5-year-old.

A so-called “source” told the publication Clooney and Kiebler were “still seeing each other on and off over the next couple of months” after their 2013 break up. In fact, the two continued hooking up while she was supposedly still dating her now-husband, and Ava’s father, Jared Pobre. That timing supposedly threw Ava’s parentage into question. Making things even more complicated, Clooney’s wife, Amal, discovered the letter and “was left floored and in tears.” Gossip Cop was pleased to find that this was not the case.

We reached out to a source close to Clooney, who assured us there was zero truth to these allegations. Clooney did not father his ex’s child, nor did he receive a letter demanding a DNA test. We also pointed out a family photo Kiebler posted to Instagram in which the little girl looks very much like her father, Pobre.

Days later, National Enquirer repeated the rumors, adding that the news of George Clooney’s possible “love child” had thrown the actor’s marriage into a crisis. “Amal was in shock at first, but once the enormity of the allegations set in, she went on the warpath,” a supposed source told the outlet. “I’m told it led to the mother of all showdowns between her and George, and after a long fiery fight she stormed off, packing her bags and taking the twins.”

Gossip Cop had already done the legwork on this case, which just made it all that much easier to solve. Amal had no reason to take off with the twins since there was no way Clooney fathered his ex’s oldest child. This disreputable outlet was simply trying to capitalize on the actor’s well-known name to sell their magazine.

Finally, we arrive back at Brad Pitt, who was once again accused of fathering an alleged “love child” by the Australian tabloid NW. The often debunked outlet quoted an alleged insider who claimed Pitt “had quite a few hookups with British women while filming Interview With The Vampire in the UK.” Now, years later, the source alleged that Pitt was “panicking” over the news that he’d possibly fathered a child. More specifically, the actor was worried about how his supposed girlfriend, Jennifer Aniston, would react to the news.

Gossip Cop had to stop right there since it was made especially clear that this outlet had no clue about Pitt’s life. We’ve proven again and again that Aniston and Pitt are nothing more than friendly ex-spouses. The two have not rekindled their romance after 15 years of being divorced. The outlet also pulls a classic bait-and-switch, since the cover makes it seem as if it’s factual that Pitt fathered a love child when really it was just speculation that he might have with his supposed flings in the UK. This story was obviously false.