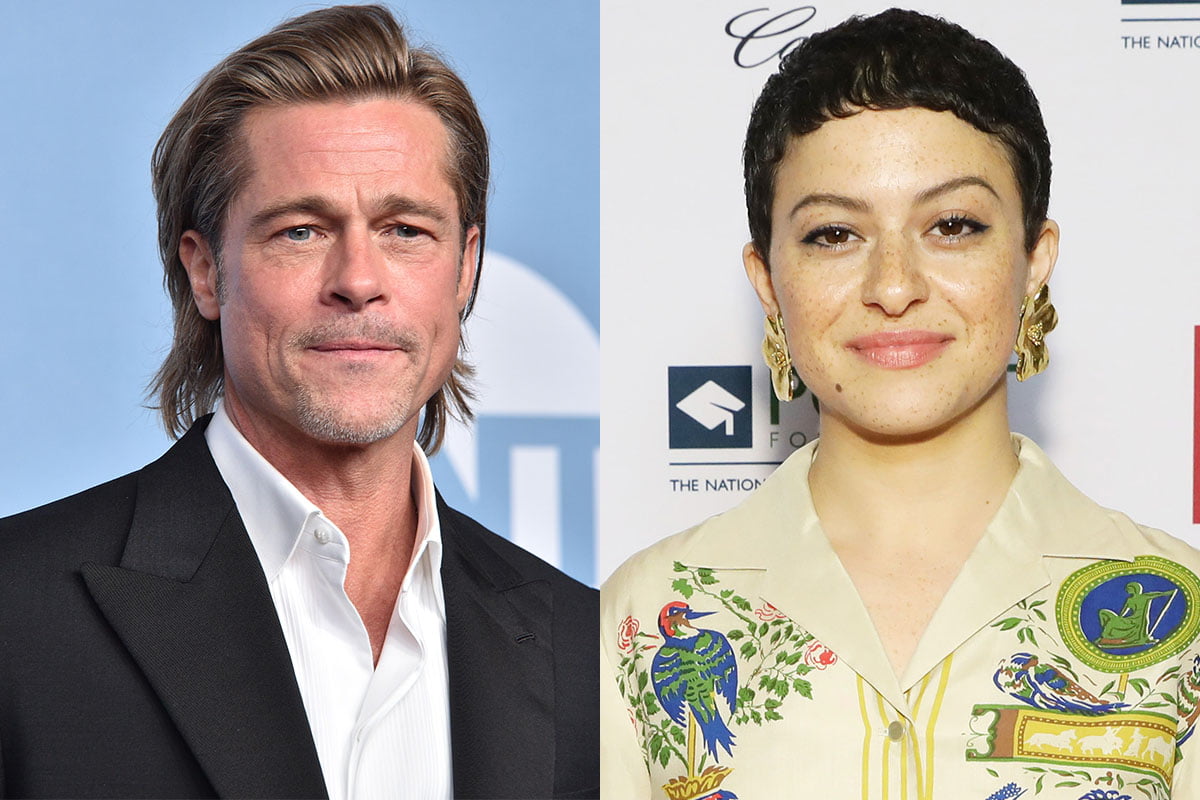 Brad Pitt‘s relationship with Alia Shawkat made headlines last fall when they were spotted hanging out together in public on multiple occasions. In the months since then, Gossip Cop has debunked several ridiculous rumors about the two actors, usually linking them romantically and throwing in Angelina Jolie or Jennifer Aniston to add to the made-up drama. Multiple reliable outlets like Entertainment Tonight and People, as well as Pitt’s own spokesperson, denied that they were anything more than friends.

There Continues To Be Non-Stop Rumors

But the tabloid stories have just kept coming, fueled by the actors’ continued friendship. Shawkat has been spotted leaving Pitt’s gated community, which is near her own home in LA, even in the midst of isolation due to the coronavirus pandemic. While it’s not exactly clear what’s going on between Pitt and Shawkat right now, that doesn’t mean the tabloids know what they’re talking about either. Here are a few more times Gossip Cop has called them out for making things up about the two.

In late March, Woman’s Day published a ridiculous story about Alia Shawkat wanting to date Jennifer Aniston rather than Brad Pitt. This time, the tabloid didn’t try to push the relationship narrative, instead suggesting that Pitt and Shawkat had “agreed they won’t complicate things with a romance” and even adding that Shawkat “would rather date” Aniston than Pitt. Gossip Cop heard from a trusted source close to the situation that the story was nonsense. Shawkat was not trying to date Pitt’s ex-wife.

Just over a week ago, In Touch switched back the narrative to claim that Pitt was “cheating” on Aniston with Shawkat, despite the fact that, as a source close to Pitt told Gossip Cop, you can’t cheat on someone you’re not involved with in the first place. The magazine did not provide any evidence that Pitt and Shawkat were dating either.

In that same week Gossip Cop debunked a silly article from Heat similarly alleging that Aniston was jealous of Pitt and Shawkat, suggesting that Shawkat was the “other woman.” Again, we should note that Pitt and Aniston have not had any romantic connection since splitting up a decade and a half ago, so the “other woman” narrative isn’t really possible.

Pitt has shut down all the dating rumors about himself in the past. Back in December, he said in an interview with the New York Times, “I don’t know how many women they’ve said I’ve been dating the last two or three years, and none of it’s true.” In his acceptance speech at the Golden Globes, he joked, “I wanted to bring my mom, but I couldn’t because any woman I stand next to, they say I’m dating. It would just be awkward.”

The Tabloids Are Rarely, If Ever Correct

It is of course possible for a friendship to progress into something romantic, and it’s not clear exactly what’s going on between Brad Pitt and Alia Shawkat right now, but one thing’s for sure: these tabloid stories are not founded in facts. They never name their sources or offer hard evidence to back up their claims, and every outlet constantly reshapes their bogus theories to make you forget about all the times they’ve been wrong in the past.

Rather than leave Pitt and his female acquaintances to go about their private lives in peace, these tabloids insist on wedging them into narratives they don’t fit into. To untrustworthy outlets like these, it doesn’t matter what’s actually going on. Alia Shawkat’s presence in Brad Pitt’s life is just an opportunity to create another love triangle – or quadrangle – in the interest of selling magazines. Just like Jennifer Aniston will always be the heartbroken girl next door and Angelina Jolie will always be the villainous maneater. But rest assured that no matter what happens, Gossip Cop will be here to set the record straight.