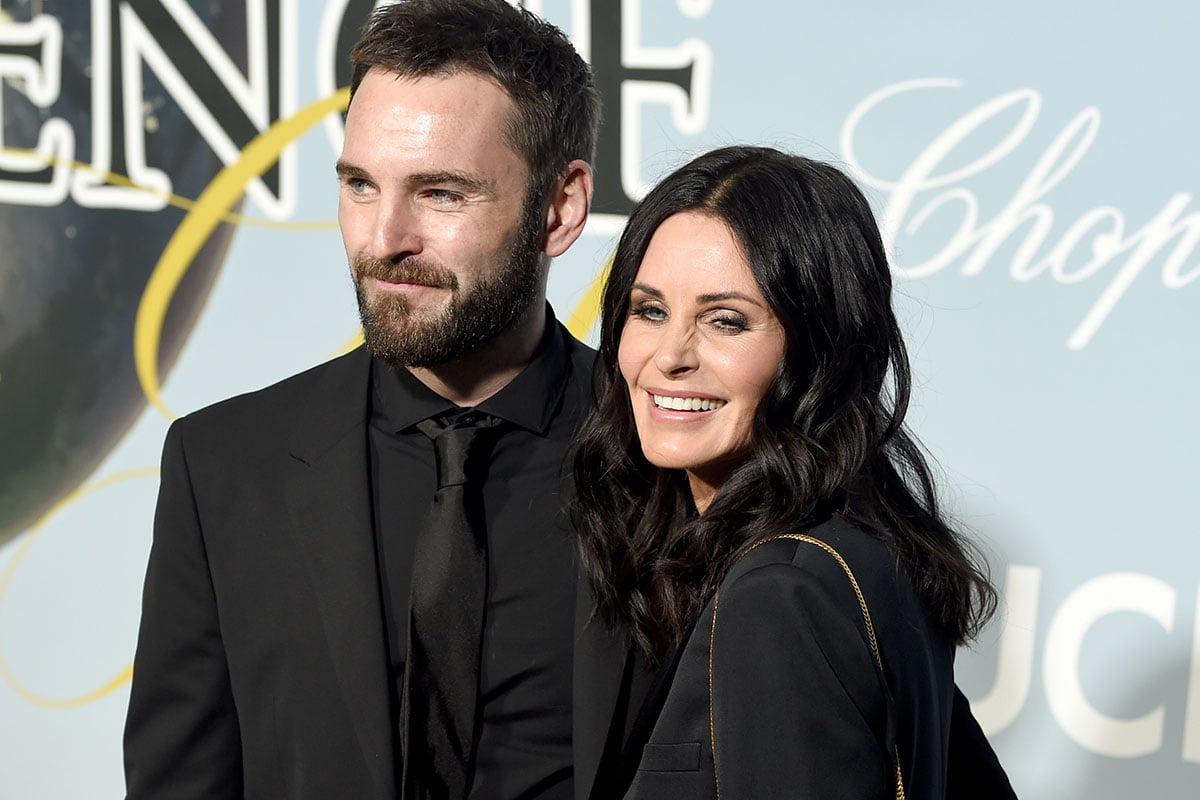 Courteney Cox has been dating musician Johnny McDaid since 2013, and though the couple got engaged in 2014, they soon called off the wedding and have remained together as partners ever since. But that story isn’t good enough for the tabloid world, which is powered by making up salacious rumors. Here are four times Gossip Cop busted tabloid stories for insisting that Cox and McDaid were finally going to get married.

Back in January 2018, OK! published an article claiming that Cox and McDaid had gotten engaged for a second time. The Snow Patrol musician allegedly apologized to Cox for “keeping her waiting so long and said he wants to spend the rest of his life with his soul mate.” A shady source even suggested that the couple were even going to try for a baby. Gossip Cop reached out to a source close to Cox to find out more, and we were told the story was completely “not true.”

Star then switched up the story that November with a report that Cox was refusing to marry McDaid unless he signed a prenup. According to another suspicious tipster, Cox “got massively ripped off” in her previous divorce from actor David Arquette, and “her lawyer shave taught her since then to put her financial needs first.” Cox, the source said, refused to consider marriage without McDaid signing a prenup that “would basically give him nothing if they ever got divorced.” What the story got wrong, as Gossip Cop pointed out, was that the Friends star had publicly stated she didn’t feel they needed to get married at all. “I’m married in my heart,” she said in one interview earlier that year, adding that the word “husband” was just “a label.” It’s clear that Cox and McDaid were and are happy with where their relationship is at.

Fast forward to spring 2020. McDaid and Cox are neither engaged nor married, yet many tabloids are still stubbornly pushing that rumor. In late March, Woman’s Day published a truly ridiculous story claiming that Cox and Jennifer Aniston were planning a double wedding to McDaid and Brad Pitt. Gossip Cop dismissed the story as utter nonsense. As we’ve already discussed, Cox and McDaid have made it clear that they don’t feel the need to get married. Also, Pitt and Aniston are still not back together, despite what every tabloid on the supermarket shelf might want to believe.

In April, Gossip Cop debunked another story published the previous year by OK!. Now, the magazine said, Cox and McDaid were ready to marry at last. Never mind about that article the tabloid published in 218 insisting the exact same thing. Cox had recently been on a flight to Cabo with Jennifer Aniston which was forced to make an emergency landing. According to the tabloid, this brush with mortality made her realize that “she was ready to take the next step and get married.” However, as time eventually proved, the couple was not engaged. Over a year after the article was published, Cox and McDaid had not gotten married, nor had they announced any engagement. This story, like all the others, just wasn’t true.