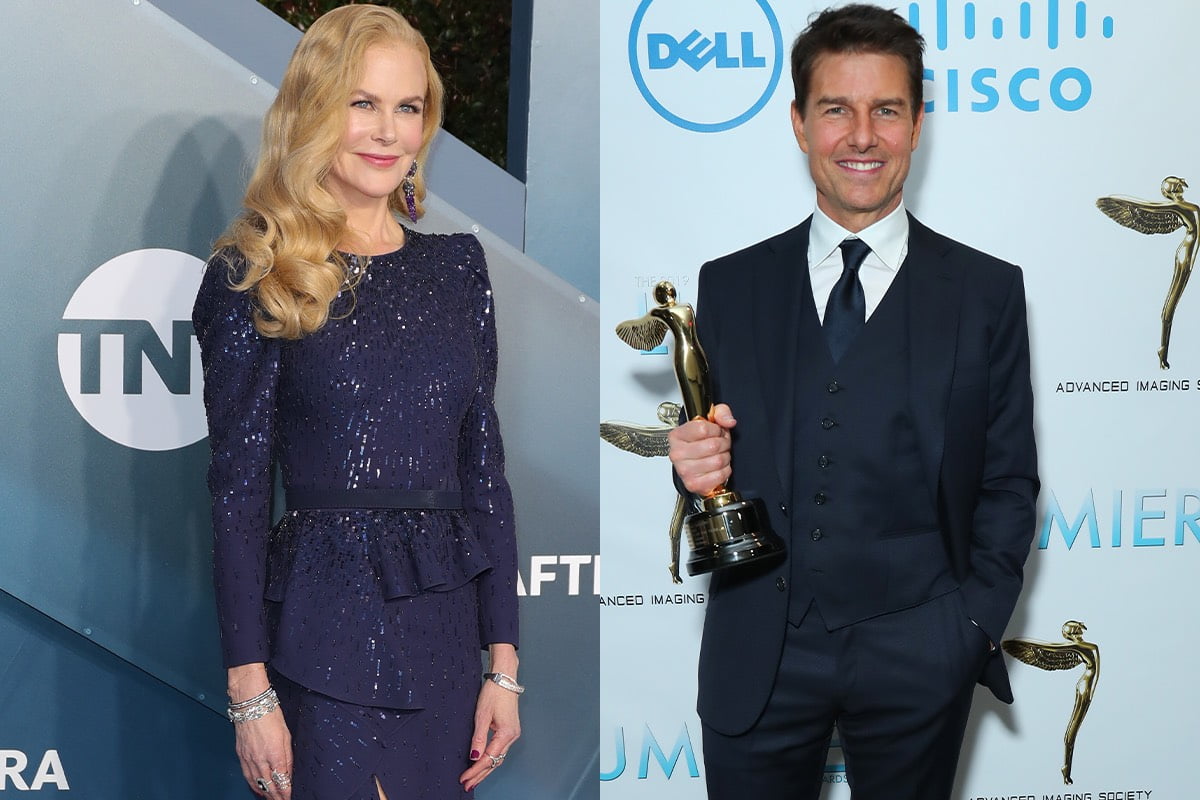 Ever since Nicole Kidman’s divorce from Tom Cruise, there has been a lot of speculation about her involvement with their two children and Scientology. The tabloids have repeatedly and falsely claimed that the actress is trying to save her adopted kids from the controversial religion. Here a few times Gossip Cop busted the tabloids for being wrong about Kidman “saving” her children from Scientology.

In September 2018, Gossip Cop called out New Idea for reporting that Nicole Kidman was trying to save her son, Connor Cruise, from Scientology. The tabloid alleged that Kidman was “fearing the worst” for her son because he wanted to get more involved with the practice. A so-called source told the magazine that the actress was, “tearing her hair out with worry. She is incredibly concerned Connor is being punished for his wild partying and committing crimes in the church’s eyes.” While the outlet based its claims on an anonymous and untraceable source, Gossip Cop checked with the actress’s spokesperson, who confirmed that the story wasn’t true.

A few days later, Star asserted a similar tale about Nicole Kidman fighting Tom Cruise to save Connor from Scientology. The publication claimed that Kidman was fearing her adopted son was being “groomed” to be the church’s “Golden Boy.” The paper also argued that the actress enlisted her friend Cary Jones Munoz to convince her son to leave the church’s headquarters. As for Cruise, the outlet asserted the actor was “hotheaded” and knowing Kidman was “reaching out to Connor” was going to “make Tom’s blood boil.” The entire narrative was bogus. Gossip Cop already busted New Idea for asserting the same story, and we did the same for this one.

Two months later, the National Enquirer alleged that Kidman was moving to London to rescue Bella Cruise from Scientology. The publication claimed Kidman was desperate to protect her adopted daughter from what she believed “was a full-on cult.” A supposed insider insisted the actress was “looking for homes in London” so she could reconnect with her daughter. Despite what the outlet maintained, Nicole Kidman stated in an interview that she “fully supports” her children and their decisions. “They are adults. They can make their own decisions. They have made choices to be Scientologists and as a mother, it’s my job to love them,” the actress told Who.

Nicole Kidman’s statement seemed to have fallen on deaf ears. In August 2019, the Enquirer was busted by Gossip Cop again for incorrectly stating that Kidman was sending messages to her children to pry them away from Scientology. The unreliable publication said that the actress was “secretly” trying to win her children back. A questionable source asserted that the star wanted her adopted kids “out of harm’s way.”

The magazine’s narrative didn’t make any sense. It didn’t explain how the actress was trying to “win her children” back and it also contradicted what Kidman spoke about a year earlier. If the actress blatantly stated she supported both of her adult children, why would she be trying to win them back? Gossip Cop corrected the phony story at the time. The bottom line is that Nicole Kidman stands behind whatever they choose to do.

The post Truth About Nicole Kidman ‘Saving’ Her Kids With Tom Cruise From Scientology appeared first on Gossip Cop.