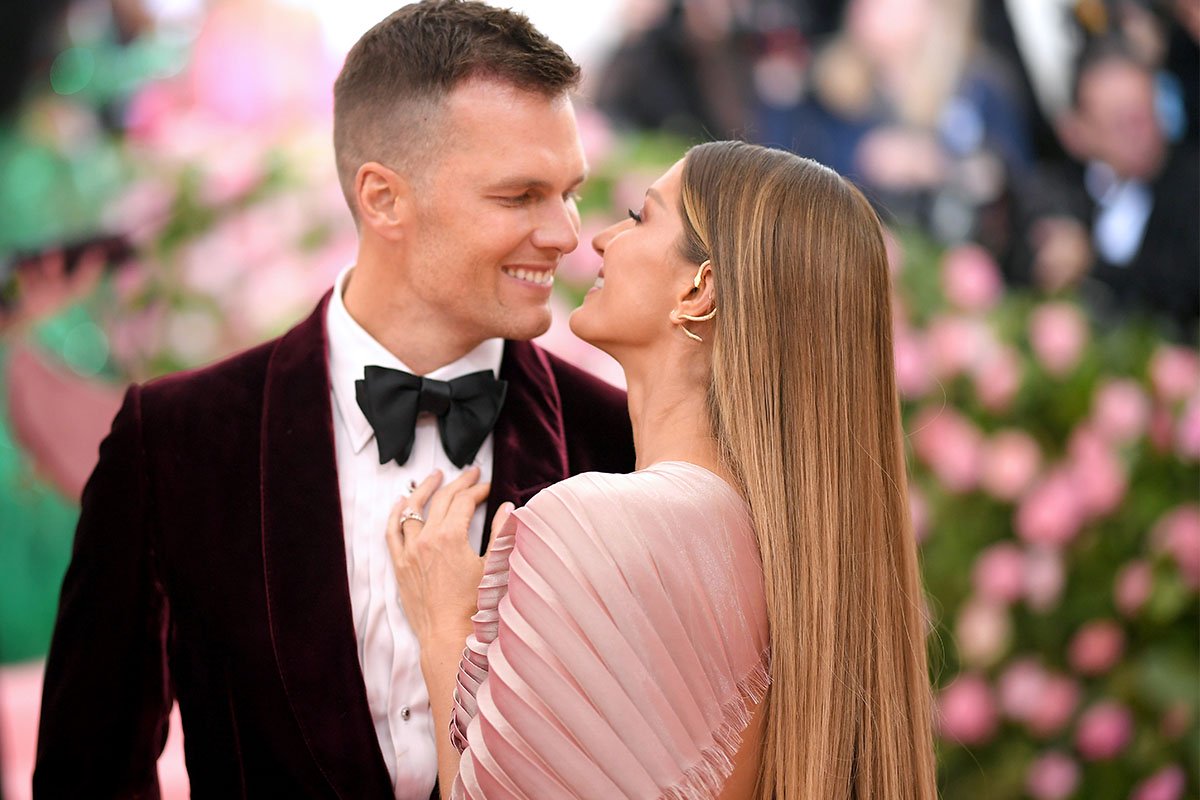 As one of America’s most glamorous couples, Tom Brady and Gisele Bündchen are sometimes targeted by tabloid publications for bogus rumors about their marriage – usually, about how it’s falling apart. But Gossip Cop has debunked all of these rumors as false. So here’s a few times the tabloids have gotten it wrong about Brady and Bündchen, as well as what’s really going on with them.

Last December, Star published an article claiming that Brady and Bündchen were living separate lives after having “drifted apart.” “He likes a structured life and she’s all over the place,” said a supposed “insider.” “He’ll come home to a note saying she’s gone to Costa Rica to meditate!” The NFL star had recently stated in an interview that they both have busy schedules, which the article quotes out of context. But he didn’t actually say anything about drifting apart from his wife. Gossip Cop pointed out that Brady also said, “I think we have to make sure we take time for one another,” adding, “I want to support her and her dreams, and she wants to support mine.”

A month later the gossip media upped the ante. Gossip Cop busted Life & Style for reporting that Bündchen was getting a $600 million divorce from Brady after “begging” him to retire from football. Bündchen, another shady source said, “hates that he’s away from home so much” due to his schedule. “They’ve said some really ugly things to each other,” the suspicious insider said. In reality, however, Bündchen had affirmed her love for her husband in a recent interview, stating that she gets “fulfillment” out of her marriage. The tabloid’s silly story could not have been further from the truth.

Even when they’re not claiming Brady and Bündchen’s marriage is ending, they’re getting it wrong. In March Star ran another phony story about the couple, this time claiming that they had been going on double dates with Ben Affleck and Ana de Armas, apparently totally forgetting that the spouses were supposed to be “living separate lives,” as the tabloid had claimed just three months prior. It wasn’t quite the level of drama that those other articles had achieved, but still, it wasn’t true. Gossip Cop checked in with Affleck’s spokesperson on the matter, who confirmed the story was false. And what with the coronavirus pandemic leading to sweeping lockdowns, it’s not like the couples had had much of a chance to double date together.

Brady did open up about his marriage in a recent interview with Howard Stern, stating that a couple of years ago he had to “make a change” in his roles as husband and father. “She didn’t feel like I was doing my part for the family,” Brady said of his wife, explaining that he had become too focused on his football career. “I had to, like, check myself,” he said. “Because she’s like, ‘I have goals and dreams too.’” Brady and Bündchen worked through their issues in marriage counseling and came out the other side stronger: “it’s a good reminder for me that things are going to change and evolved over time,” he said. “She’s been an amazing supporter in everything I’ve done.”

No marriage is perfect, even Tom Brady and Gisele Bündchen’s. A longtime partnership requires hard work on both sides to get through certain issues – but all of that is apparently too boring for these tabloids, which would clearly rather make up dramatic tales of separation and divorce than paint an accurate picture. Gossip Cop will keep shutting down these rumors as they continue to appear.

The post Truth About Tom Brady And Gisele Bündchen Getting Divorced appeared first on Gossip Cop.

Khloe Kardashian Has Some Aggressive Thoughts About Those Pregnancy Rumors
Truth About Julia Roberts Getting Divorced from Danny Moder?
To Top