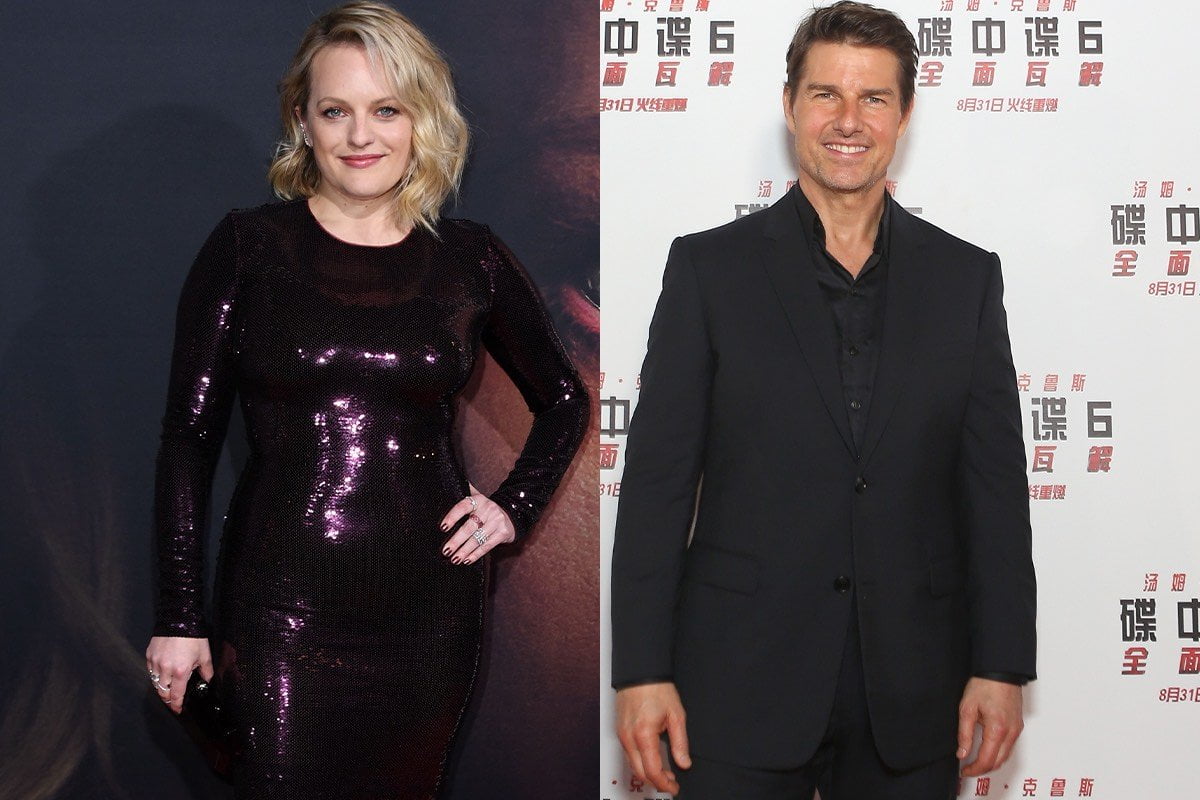 Last year, a tabloid claimed that Tom Cruise and Elisabeth Moss were dating. Gossip Cop investigated the story once it came to our attention, and we debunked it at the time. Now, 365 days later, it’s even more apparent that the tabloid had no idea what it was talking about.

It started after Elisabeth Moss revealed during an interview with Marie Claire that she had a boyfriend. The actress said that the man she was dating would remain anonymous because she wanted to keep her love life private. On May 15, 2019, OK! boldly claimed that Moss’ mysterious beau was Tom Cruise. “Elisabeth has known Tom forever because they both belong to the Church of Scientology. But early last year, she told a friend a shocking secret: She’s always had a crush on him. She had no idea word would get back to Tom and it would bring them together,” a so-called source told the tabloid.

The supposed insider argued that Tom Cruise was at first “hesitant” to pursue a relationship with the actress because he “wasn’t sure they’d have a connection.” However, the publication maintains after getting to know her better and bonding over their shared religious beliefs he was “blown away” by her. The unnamed tipster further alleged there was even talk of children soon. “That’s Tom for you. He doesn’t sit on things — he’s a go-getter. When he makes a decision, he’s on it. And he’s decided he’s in love with Elisabeth,” the dubious source alleged.

The story was fabricated. Tom Cruise and Elisabeth Moss never dated, despite what the bogus outlet claimed. Two months ago, Moss spoke about the rumors she was dating Cruise during an appearance on Watch What Happens Live with Andy Cohen. “I was confused. [I] mainly got texts from people being like, ‘I didn’t know. Why didn’t you tell me?’ And just confusion from my friends, but mainly poking fun at it ‘cause they knew it wasn’t true,” Moss explained.

This wasn’t the first time the tabloids tried to insinuate that there was a romance between Cruise and Moss. In November 2017, the National Enquirer, a sister publication of OK!, claimed that Cruise was pursuing a relationship with Moss. The dubious tabloid alleged that Cruise invited the actress to a “cozy” dinner with the hopes of wooing her. Gossip Cop found that there was no truth to it.

In general, the tabloids are unreliable when it comes to Tom Cruise’s love life. Most recently, Gossip Cop busted Woman’s Day for falsely reporting that Cruise was secretly dating The Mummy co-star Sofia Boutella. The outlet insisted that the two had been in a secret relationship for months and that the actor introduced Boutella to his children. We checked in with a source close to the situation, who confirmed that the story was false.