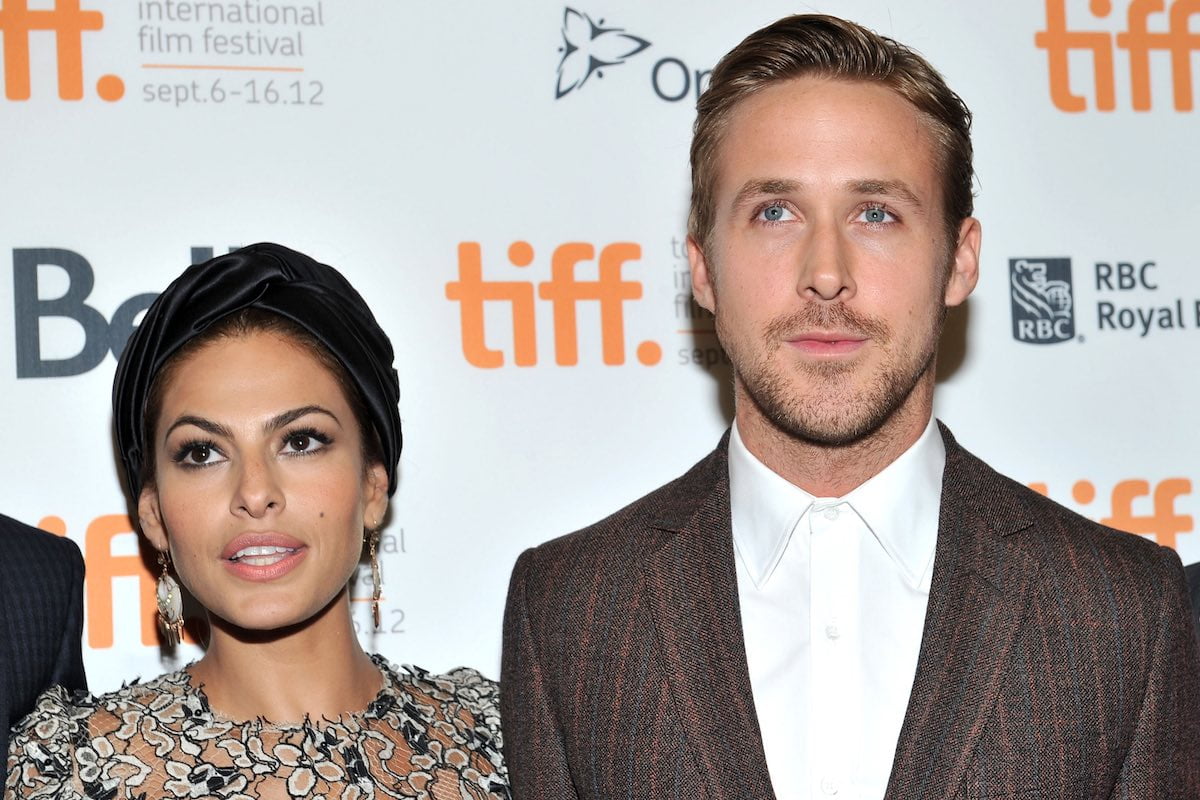 According to the cover story of an issue of OK! published last May, Eva Mendes was ready to walk out on Ryan Gosling and take their two kids with her. The tabloid claimed that the couple’s “bitter $105m split” was getting “even nastier,” while the article inside alleged that Gosling had “drifted away” as a parent and partner. Gosling, an unnamed “insider” said, “had gotten “so used to the idea of Eva as the homemaker and him as the actor breadwinner that their roles got stuck.” The tabloid added that Mendes and Gosling were “leading separate lives” and preparing for a tough custody battle.

Gossip Cop dismissed the ridiculous story at the time. What exactly was a “$105 million split” supposed to mean in this case, anyway? Eva Mendes and Ryan Gosling aren’t married, so there wouldn’t be any divorce arrangement to work out. But that didn’t even matter, because they had not split up and weren’t living separate lives. Just a few days before, paparazzi had snapped photos of Gosling and Mendes out to dinner with their daughters. The story was obviously made up. Just to be sure, though, we reached out to a source close to the couple, who told us that the couple were still happily together.

And the ensuing months have only further proved how bogus that story was. Eva Mendes and Ryan Gosling are still very much together. Last October, Mendes appeared on the Kelly Clarkson Show to discuss her and Gosling’s similar “bulldozing” parenting styles and to gush over a photo of the two of them together, joking, “Look at him!” In a September interview with Access Hollywood, she said that date nights with Gosling away from their kids take “a lot of prep” due to their busy lives but they still manage to do it. Obviously, the tabloid could not have been more wrong about their relationship.

Oddly enough, OK! came back in September with a different story alleging that Eva Mendes and Ryan Gosling were “more in love than ever” after the couple had been photographed out to dinner together and Mendes had given that Access Hollywood interview. It was an obvious attempt on the magazine’s part to cover up the fact that it had been so outrageously wrong about the couple just a few months earlier. But Gossip Cop has no doubt that it’s only a matter of time before it will change its story back to insist that Gosling and Mendes are on the outs again.

The post What Happened To Eva Mendes Leaving Ryan Gosling And Taking The Kids? appeared first on Gossip Cop.