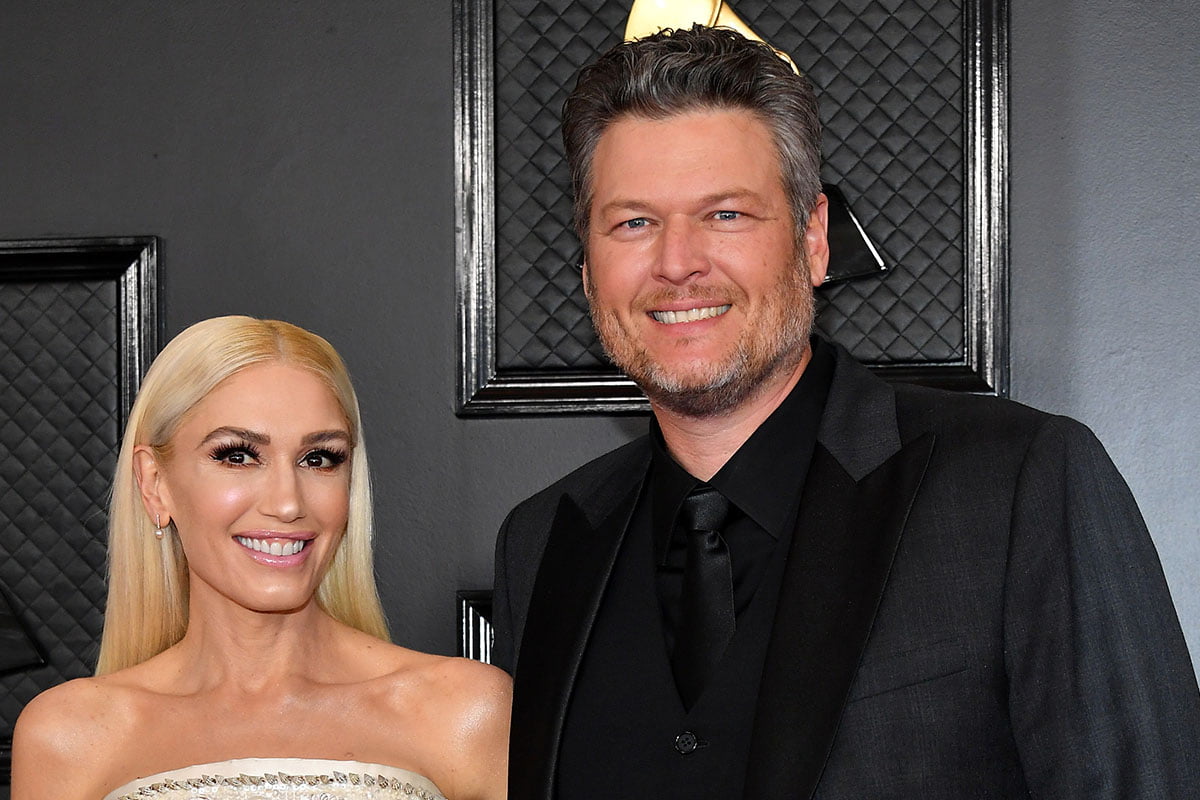 Last year, a tabloid claimed Gwen Stefani’s parents gave Blake Shelton “permission” to propose to her. This did not happen. Gossip Cop debunked the phony story at the time. Now, 365 days later, it’s evident the outlet had no idea what it was talking about.

On May 4, 2019, OK! claimed Shelton was ready to pop the question to Stefani but made sure he got the approval from Stefani’s parents. “Gwen is close to her mom and dad, and both their opinions are important to her,” a supposed source told the outlet. The so-called source continued Shelton went out of his way to prove he was the right man for Stefani, which included, “jumping right into the Stefani’s traditions, like Sunday family dinners.” The dubious source claimed Stefani’s parents, Dennis and Patti, were initially “worried she’d have her heart broken again” but the more they got to know Shelton, the more they liked him.

“Dennis loves the fact that Blake is a real man’s man who hunts, fishes, and lives on a ranch where he does a lot of his work. They think their daughter and Blake make a great couple,” the source added. While certain parts of the story were true, such as Shelton spending time with Stefani’s family, the country crooner did not ask the singer’s parents permission to marry her. The story came out a year ago, and the couple has not announced they were engaged nor have the couple married. Additionally, a few days before the story came out, Shelton had confirmed he and Stefani were not engaged yet. Furthermore, Gossip Cop checked in with a rep for Stefani who confirmed the were fabricated.

The tabloid has a history of falsely reporting that Stefani and Shelton are engaged or even married in the past. In January 2018, OK! inaccurately stated Stefani and Shelton had a backyard wedding. The dubious magazine asserted the couple wed in front of “27 of the couple’s nearest and dearest gathered in Gwen’s back garden” and the wedding cost $23,000. Gossip Cop investigated the story and found there was no truth to it.

A year later, the publication incorrectly reported Stefani was calling off her wedding to Shelton amid being pregnant. A supposed source told the outlet that Stefani gotten pregnant after several rounds of IVF however, Shelton “admitted he had cold feet after two failed marriages.” This led to Stefani calling off the wedding. Gossip Cop wasted no time in clearing up this silly tale. The singer was never pregnant and the couple was not getting married.