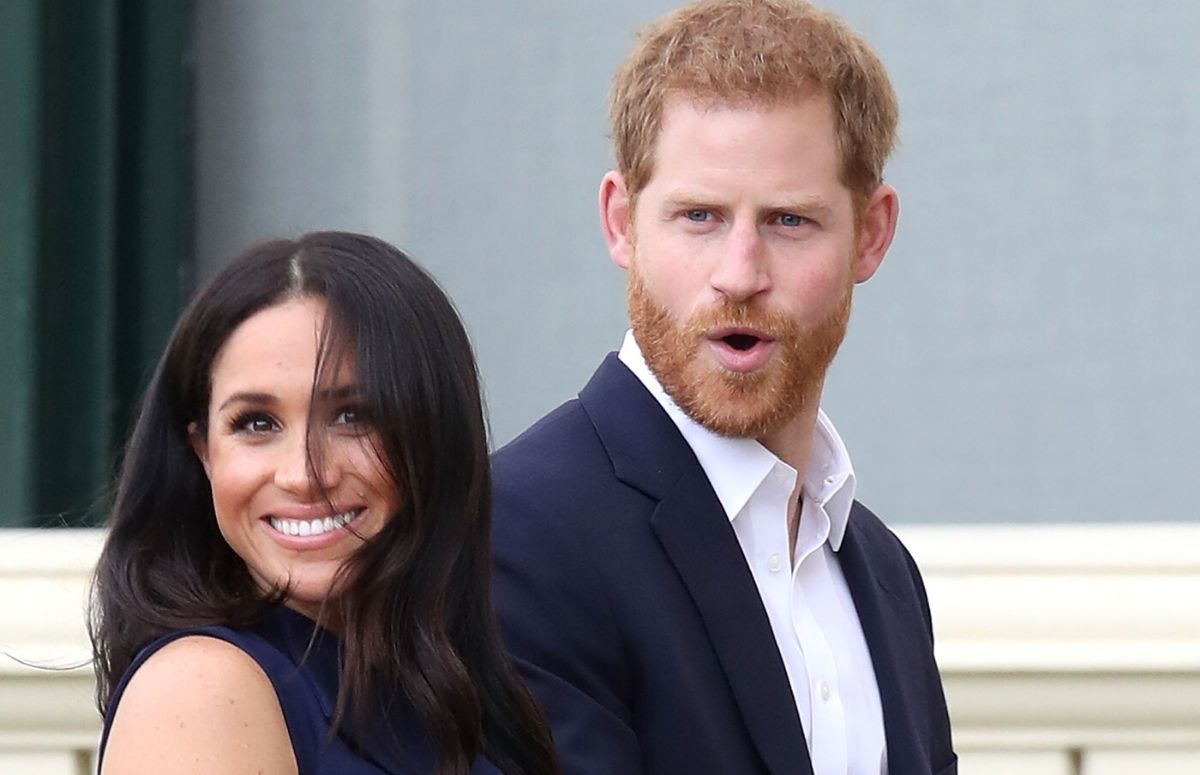 Tabloids are always coming up with new farcical stories about Meghan Markle and Prince Harry’s plans to expand their family. There’ve been a slew of reports claiming that the Duke and Duchess of Sussex considered adopting. Gossip Cop couldn’t help but notice a pattern, so we compiled our busts on the subject.

A few months before the Duke and Duchess wed in 2018, the National Enquirer reported that Markle and Prince Harry wanted to adopt “multiracial children” like Angelina Jolie. The outlet relied on so-called “royal sources” for this “royal adoption bombshell.” A “palace prattler” told the publication, “Like Angelina, they want a large brood of biological and adopted multiracial children.”

“Meghan’s always admired Angie’s choice to also adopt and so does Harry,” continued the almost assuredly phony source. Gossip Cop didn’t believe this “prattler” for an instant. For one thing, it was unnatural to us how the so-called source switched back and forth between nicknames. Generally, a person will choose one name and refer to that person by that name the entire time. We also called the outlet out for the many times we’d busted them in the past for phony claims about Meghan Markle in particular. This outlet was simply too untrustworthy for us to believe in the end, which is why we determined it was false.

After the wedding came the Globe’s laughable claim that the Duke and Duchess of Sussex had adopted an African baby. This “world exclusive” turned out to be a massive flop. An alleged “palace insider” told the disreputable outlet, “I’m told they visited two orphanages and simply fell in love with a beautiful little girl with a huge smile. She’s about six months old.” A so-called “high-level aide” supposedly added, “This will be a first for the royal family. Harry and Meghan are going to face a lot of opposition from the old guard.”

Gossip Cop determined this story was false as well. We reached out to Kensington Palace for a comment, which was declined, but the communications staffer we spoke with literally laughed off this tale. That was enough for us to know that this was just another junk story with no truth to it at all.

A month later, that same publication argued that Prince Harry and Meghan Markle had chosen George and Amal Clooney as the godparents to their adopted African baby. The Clooneys “didn’t hesitate to say yes when Prince Harry and his actress wife Meghan asked them to be godparents to their newly adopted African baby girl.” Though the article drew a lot of information from the previous story, there were some key differences. This time around, the tabloid alleged that George and Amal were the inspiration for Markle and Prince Harry’s decision to adopt. That assertion was nowhere to be found in the article from a month ago. It seemed to us as if this entire story was simply dreamed up to fill space.

Gossip Cop discovered that our hunch was entirely correct and this story was nothing more than nonsense. Traditionally, the godparents of royal children are typically not famous pals, but relatives, longtime friends and members of their inner circle, including loyal aides. Besides, the adoption never took place — it was also made-up, which just makes this article doubly false.

Most recently came a claim from the National Enquirer, which reported that Meghan Markle wanted to become the “first royal to adopt.” In doing so, the Duchess of Sussex hoped to be like some of her idols: Angelina Jolie and Madonna. And, though she’d never adopted children herself, Markle also hoped this move would make her a “modern version of Di,” who famously devoted herself to work benefiting sick and impoverished children.

Gossip Cop had no issue debunking this phony story. We reached out once more to Kensington Palace, and while we couldn’t get an official comment on the story, the staffer we spoke with dismissed the tabloid tale as nothing more than “speculation.” These tabloids honestly have no clue what’s going on in Meghan Markle or Prince Harry’s life. That’s something to keep in mind the next time a tabloid makes an outlandish claim.

The post What You Don’t Know About Those Prince Harry, Meghan Markle Adoption Reports appeared first on Gossip Cop.