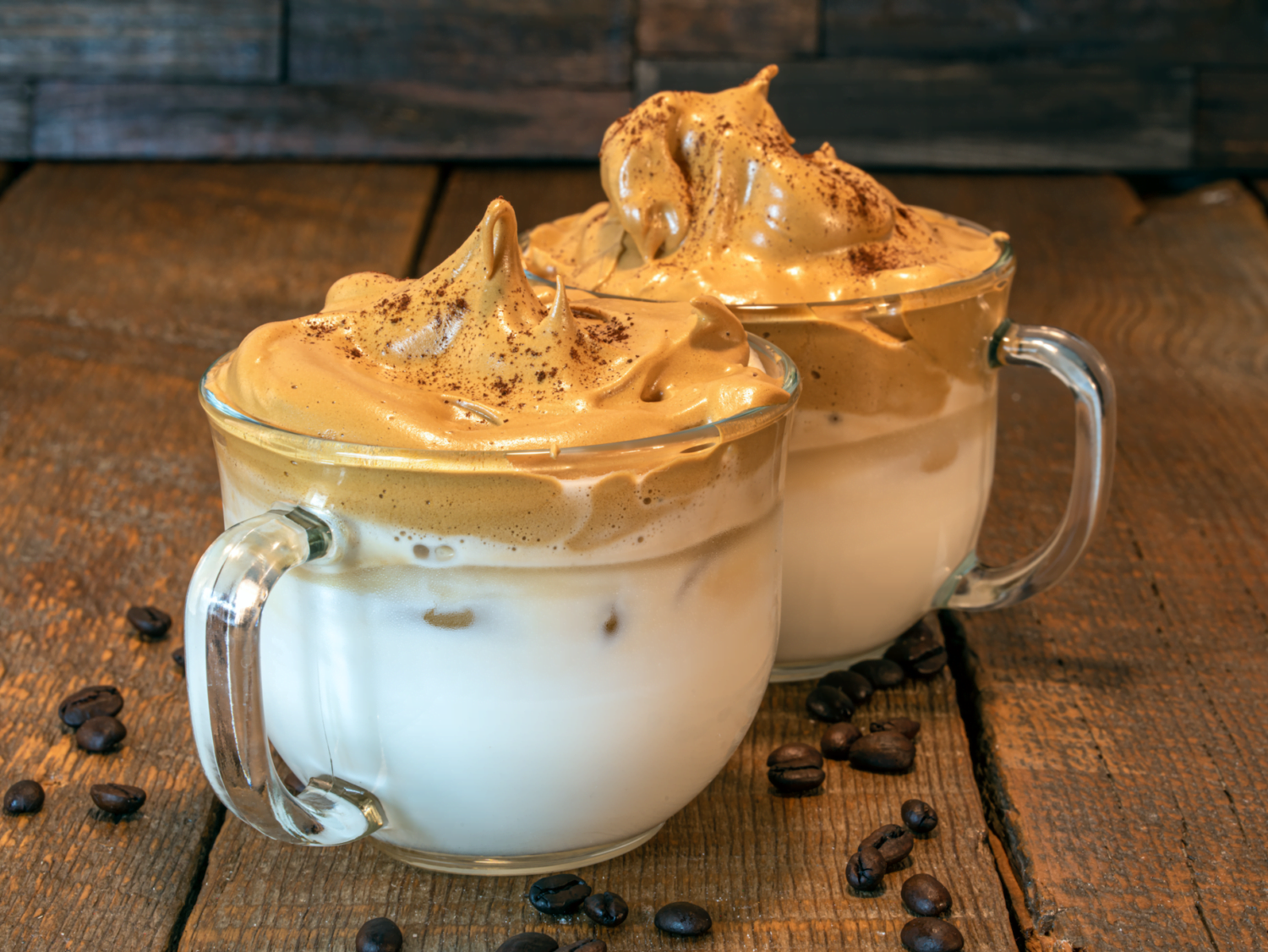 By now, you’ve no doubt heard of the latest drink trend — whipped coffee, also known as dalgona coffee. Made by mixing two tablespoons instant coffee with two tablespoons sugar and hot water and then spooning it over milk, this latest way to enjoy your java became a hit after a viral video on TikTok showed everyone how easy it is to whip one up yourself.

While the fact that it’s both pretty and delicious is undoubtedly part of the reason it has become so popular, it’s also a great way to replicate the fancy coffee shop beverages we’re missing while sheltering in place.

But what if you want to turn your whipped coffee into an adult beverage?

Good news: Adding your favorite spirit to a dalgona coffee not only works, it’s also easy. All you’ll do is add booze or swap it for the water — or put the whipped portion right on top of your mixed drink of choice. While you could use whichever spirit you fancy, we found recipes that use vodka, rum or whiskey.

Skyy Vodka created its own boozy dalgona, replacing the water with two tablespoons of Skyy Infusions Cold Brew Vodka. The rest of the recipe is the same as a standard dalgona coffee — two tablespoons instant coffee, two tablespoons granulated sugar.

For rum fans, YouTube channel Booze on the Rocks replaced the two tablespoons of sugar with brown sugar for the whipped portion, then a shot of spiced rum, one tablespoon of simple syrup and a dash of vanilla extract over ice in a glass. Then they add some milk, mix it together and top it with the whipped mixture.

Or, if whiskey is your go-to, try this recipe from TikTik user @sherriesavorsthecity that uses Jameson cold brew Irish whiskey. This one calls for making the whipped coffee as you normally would for your base recipe, then adding ice, the whiskey and milk to the glass. Top it off with the whipped mixture and then add cinnamon if you like.

If you don’t drink coffee but still want to get in on the whipped trend, you can also make Nutella whipped milk with Kahlua or Baileys Irish Cream or strawberry whipped milk, adding Baileys Strawberries & Cream or a favorite of mine, Tequila Rose Strawberry Cream, which tastes like strawberry milk. While Tequila Rose does not have a specific whipped recipe, they do have an adult milkshake, and it seems like whipping it up would work quite well!

Will you be trying out some adult versions of dalgona coffee?