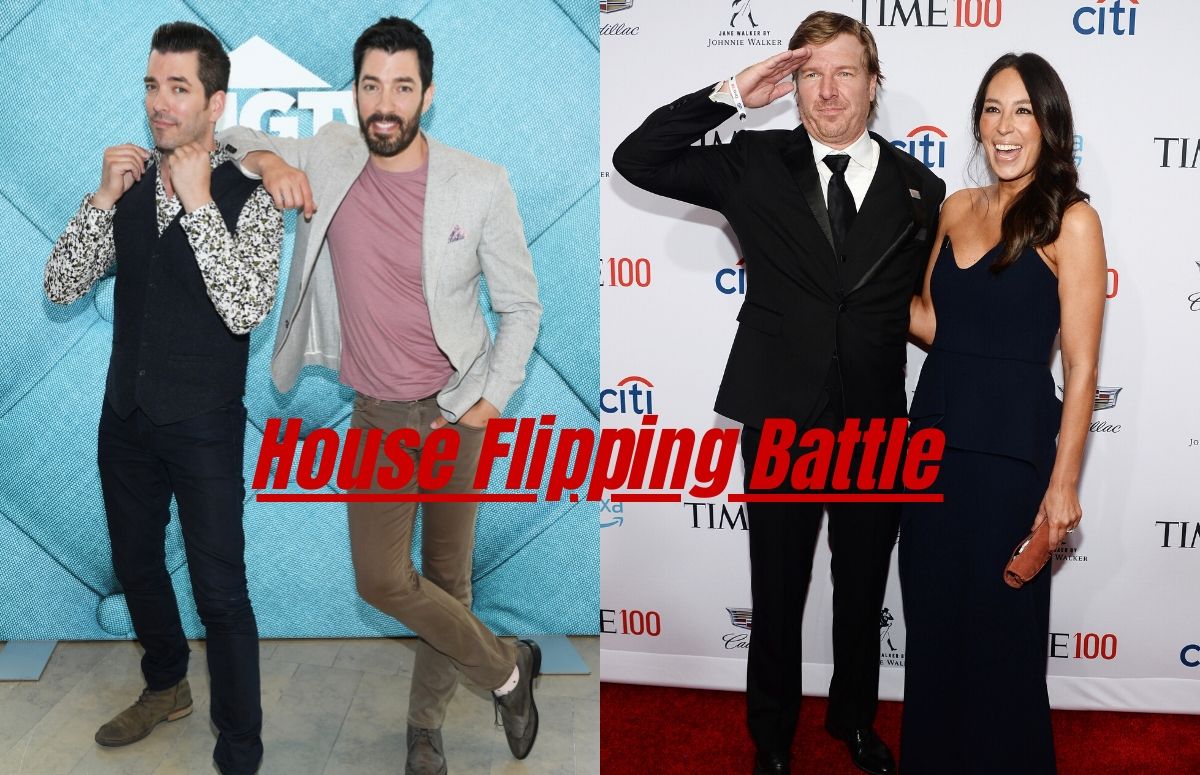 There are two pairs of titans in the home renovation/house flipping business: twins Johnathan and Drew Scott from Property Brothers and Chip and Joanna Gaines of Fixer Upper fame. Both pairs of renovators boast legions of fans thanks to their reality TV shows featuring their house flipping prowess, but only one pair can be the best. Which pair has created the most beautiful, timeless homes?

Property Brothers’ first episode aired in 2011, so they’ve been in the reality TV game about two years longer than Chip and Joanna. The twins quickly grew in popularity, in no small part because of their good looks, on-screen chemistry, and, of course, their dedication to creating their clients’ dream homes. These brothers focus more on the interior than the exterior, but this focus has led to some utterly jaw-dropping room transformations. Over the years, Drew and Johnathan have remodeled countless living rooms, kitchens, bedrooms, and bathrooms, but a few stand out to us as the absolute best.

If you loved last night's farmhouse features, check out the #PBHandbook for tips & tricks from the #PropertyBrothers! (Link in bio.)

Last night's boho-chic transformation has us feeling #inspired! If you're curious about the products featured on last night's episode, check out the #PBHandbook App available on the App store and Google Play. (Link in bio.)

Tiles for days! Here’s a sneak peek at a bathroom reno from an upcoming episode of Buying + Selling. This hexagon-shaped marble will definitely capture the attention of any potential buyer. And tune in to a new episodes of #BuyingAndSelling Wednesdays at 9 p.m. on @hgtv US! #PBInspiration #PropertyBrothers #BuyingAndSelling #BathroomTiles #BathroomRenovation

In comparison, Chip and Joanna Gaines are relative newcomers to reality TV, but they’ve been in the same business for about the same amount of time as the Property Brothers twins. The Fixer Upper couple also focuses on more than interior renovations. They’re more likely to totally renovate a home, outside and in. These total transformations are stunning to witness, which is why the home improvement couple is a fan favorite. To keep this little competition fair and friendly, we only looked at the rooms Joanna and Chip renovated rather than the exteriors.

I love the warm wood accents and modern details of the #moditerranean kitchen from tonight’s #FixerUpper! Read about a few of my favorite elements and grab a few design tips from this room on my blog. #fixerupper (magnoliamarket.com/blog) #magnoliadesignandconstruction

The clients asked for a “rustic coastal” design and we hope they are loving it! Welcome home Jackson family ❤️ #fixerupper @hgtv #magnoliadesignandconstruction

An all-new Fixer Upper is on tonight!! Here’s a look back at last week’s episode. See you tonight at 9/8 CT @hgtv! #magnoliadesignandconstruction

Chip and Joanna definitely have a style they like to stick with, and considering the couple’s wild popularity, it’s obvious that people are fans of it. The barnyard chic style might be their bread and butter, but Joanna and Chip are also known to switch things up if the client requests. In this battle of the renovation titans, Gossip Cop has to hand the victory to Chip and Joanna. As a team, their work on both construction and design is truly unparalleled. Sorry, Property Brothers fans, the boys are just going to have to work a little harder if they want to impress us.

There’s been a strange trend in the tabloids of reporting that the Gaines’ are expecting their sixth child together. Gossip Cop came across so many reports that Joanna was pregnant again, we decided to compile these bogus tales in an article of their own. There was also recently a report from In Touch that claimed the couple’s “diva” behavior was the reason for their Magnolia Network launch delays. Gossip Cop proved that this article was totally made up. Tabloids are truly clueless when it comes to the Fixer Upper spouses.