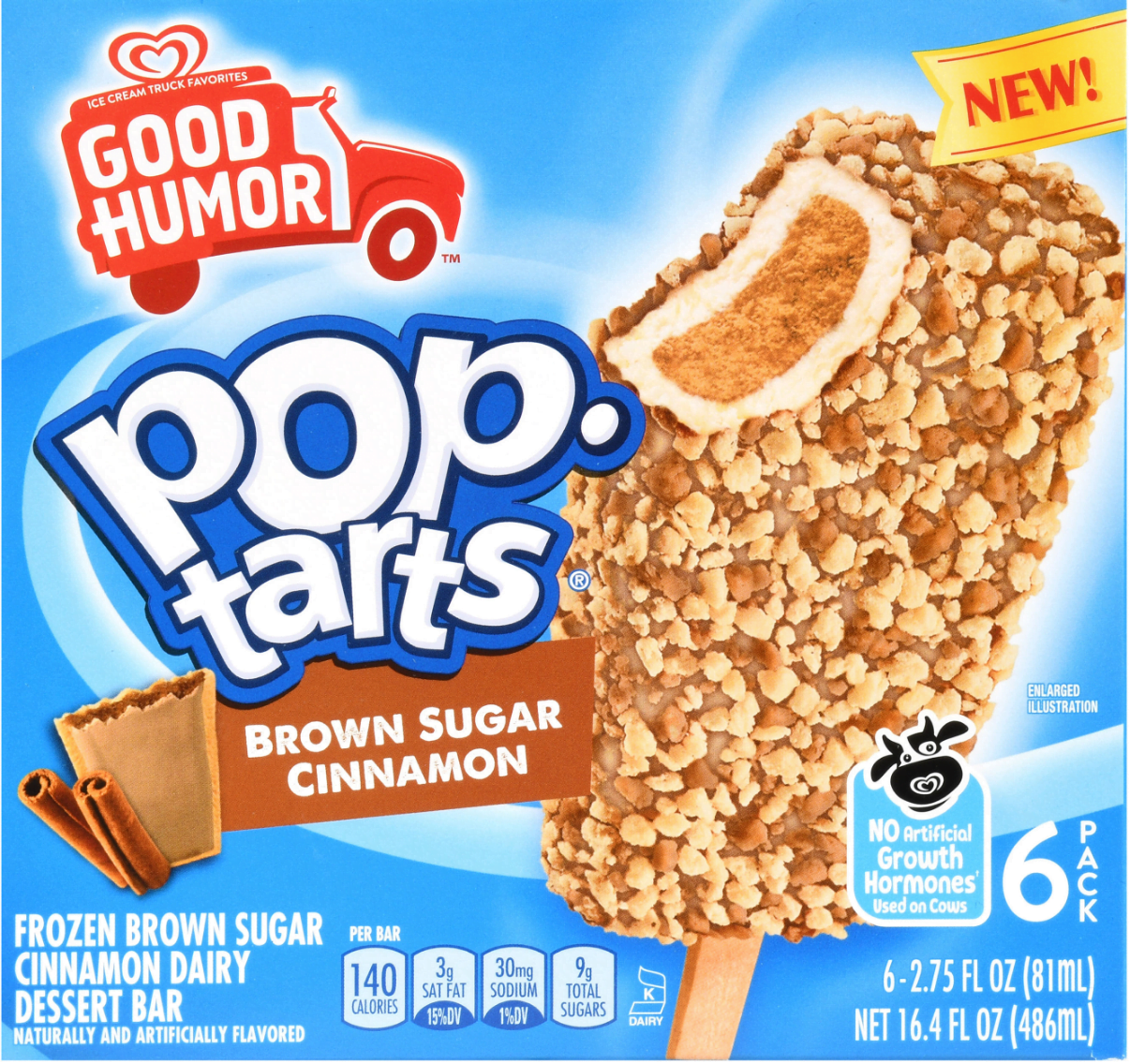 Since their creation way back in 1967, there have always been two acceptable ways to eat a Pop-Tart: toasted or right out of the package. But now, thanks to a collaboration with ice cream brand Good Humor, there’s a brand new way to enjoy them: frozen!

Well, kind of. While you could obviously make a frozen Pop-Tart yourself by, you know, popping it in the freezer, the two brands have teamed up to create a brand frozen dessert: Good Humor Brown Sugar Cinnamon Pop-Tarts Bars!

The dessert bars combine creamy vanilla ice cream with a rich cinnamon core. They are topped with a coating of brown sugar cinnamon crumbles to create a crunchy yet creamy ice cream bar on a stick. They are now available in major retailers nationwide for a suggested retail price of $3.49 for six bars. Right now, you can get them for $3.77 at Walmart.

Unfortunately for fans of other Pop-Tart flavors, the bars only come in Brown Sugar Cinnamon and a Good Humor representative says there are currently no plans for any other flavors.

Good Humor, does, however, make some other nostalgic ice cream truck favorites and co-branded treats like Strawberry Shortcake, Toasted Almond, Chocolate Éclair and Oreo. All feature vanilla ice cream with a flavored center and are covered in crunchy pieces.

If you’d rather keep your Pop-Tart toasted and warm, Kellogg’s makes dessert-flavored Pop-Tarts in their original form, so you can still have a sweet treat — just not frozen and on a stick.

While they’re all already pretty dessert-like thanks to the frosting on top, along with fruit flavors like strawberry and raspberry, Pop-Tarts also come in s’mores, chocolate chip cookie dough, cookies & creme and frosted confetti and chocolate cupcake flavors. They have also offered seasonal flavors in the past, like cinnamon roll in fall.

You could also try your hand at making your own Pop-Tarts or test out these recipes for strawberry and s’more Pop-Tart pies.