According To A Study, Women Are Not Better At Multitasking Than Man

Researchers from the University of Bergen in Norway have recently “defeated” the age-old debate and they revealed that according to their study, there’s barely any difference between the capabilities of both sexes, and both are as bad as each other.

Harvard Business Review’s post discussed that the confusion over whether males or females can multitask more effectively is often the result of researchers using different definitions of “multitasking”.

“We developed a computerised task – The Meeting Preparation Task (CMPT) – that was designed to resemble everyday life activities and, at the same time, that was grounded in the most comprehensive theoretical model of multitasking activities.” – the scientists explained.

As it turns out, the model was put forward by Paul Burgess, University College London professor who was more helpful in defining the terms.

The study sounds like a nightmare for any disorganized person, and it was conducted using 82 men and 66 women aged 18-60. It placed participants in a three-room space, and they were required to prepare for a meeting while dealing with issues such as missing chairs and incoming phone calls at the same time.
The scientists were comparing how each group performed, and there were several factors included as well. For example, whether the task was done accurately, how long it took for the participants to do it, and how and if they managed the distracting events.

How Family Tragedy Pushed Mariska Hargitay To Adopt Her Kids

How to heal hormonal acne holistically in 6 easy steps 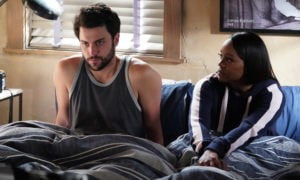 Ways To Take Great Photos With Your Dog