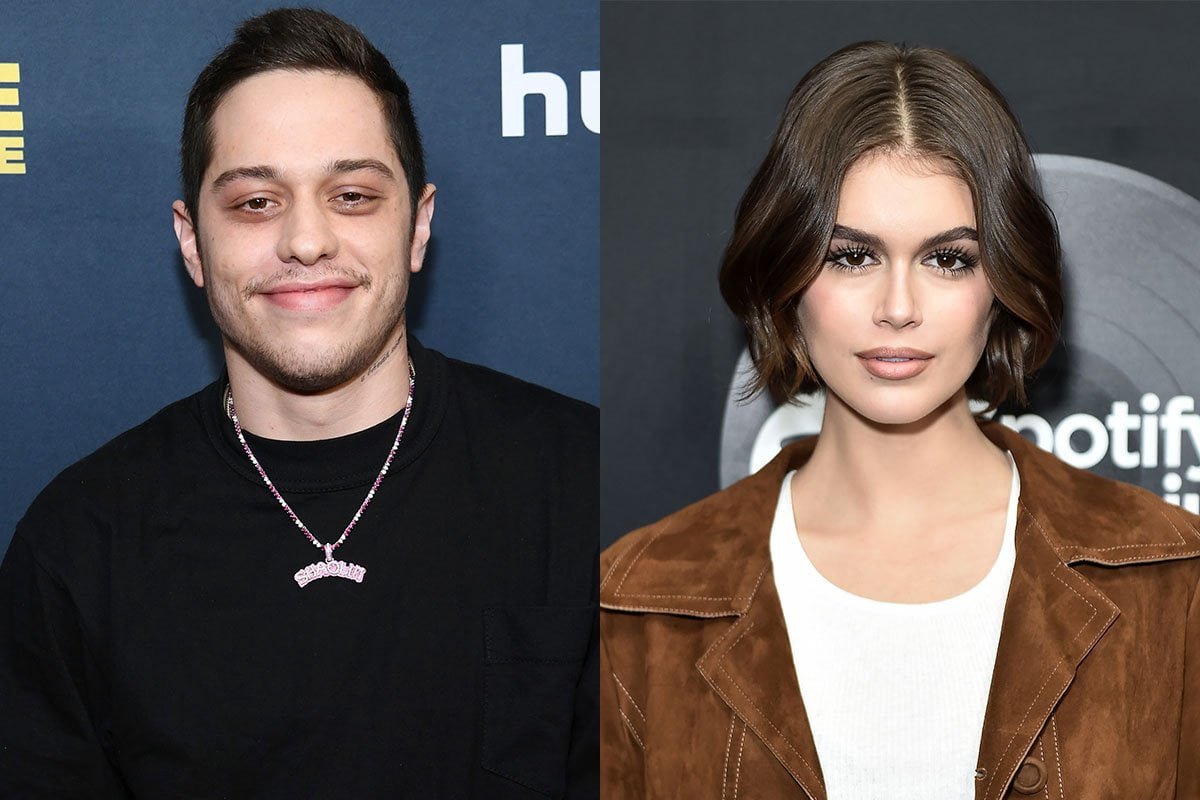 (Getty Images) Pete Davidson dated Kaia Gerber for only a few short months last winter, but it was enough time for every tabloid out there to let their imaginations run wild about their relationship. Here are some of the most salacious rumor Gossip Cop busted about the former couple’ whirlwind romance. In autumn of 2019, … Read more

Pete Davidson Angrily Reacted When a Fan Joked About Mac Miller’s Death At His Comedy Show – “I’ll leave, so if you want the show to continue, call out the person who did it.” Pete Davidson has been lighting up the comedy circuit recently, performing a bunch of stand-up nights around the US. But his … Read more

The superstar opened up about her already ionic single Thank U, Next and how her former fiancé, Pete Davidson inspired her breakup song. As fans know already, the song’s lyrics include the name of the SNL comedian but also the ones of a few of her other exes, such as Ricky Alvarez, Big Sean, and … Read more

Ariana Grande has worn her heart on her sleeve ever since she made her way on to the pop scene. On her latest album, Thank U, Next, the singer gets vulnerable about her past relationships with Pete Davidson and Mac Miller. Mac Miller and Ariana Grande dated for two years before calling it quits. She … Read more

Ariana Grande’s “Thank U, Next” video is a bona fide overnight sensation: It has smashed YouTube’s all-time record for most views in the first 24 hours of release. The video, an homage to female-driven movies from the early 2000s, dropped at 12 p.m. PT on Friday after weeks of buildup — and set the record … Read more

Ariana Grande is known to rock a high ponytail, but those days are long gone — for now.The singer took to Instagram to show off her new look, a lob haircut with a caption that made no reference to her shorter locks. “This filter took my eyebrows away but i promise they’re there,” Grande wrote. … Read more

Ariana Grande ‘Thank U, Next’: New Song Released Just Before SNL, Mentions Pete Davidson, Mac Miller Ariana Grande isn’t going to let Pete Davidson define their relationship and breakup on “Saturday Night Live” tonight, because TMZ has learned she’s releasing a song 30 minutes before “SNL,” and his name is right there in the lyrics. … Read more

Ariana Grande is not holding back, seemingly taking aim at ex Pete Davidson. On Thursday, the 25-year-old “God Is a Woman” singer appeared to take a jab at her ex-fiancé writing on Twitter, “for somebody who claims to hate relevancy u sure love clinging to it huh.” Moments later Grande tweeted “thank u, next.” The mysterious diss … Read more

Ariana Grande is not holding back. After her ex-fiance, Pete Davidson, has been caught joking about their failed engagement the pop star seems to have taken to Twitter to say she’s had enough. The 25-year-old tweeted: “For somebody who claims to hate relevancy u sure love clinging to it huh.” She followed it up with … Read more

Ariana Grande and Pete Davidson both seemed to know marriage wasn’t in the cards, even after they got engaged, because they never lifted a finger to seal the deal. They got engaged in June, and our sources say an entire summer passed without locking down a venue, buying a wedding dress, or even picking a date. We are told Ariana … Read more