Did Amal And George Clooney Save Their Marriage By Having Another Set Of Twins? 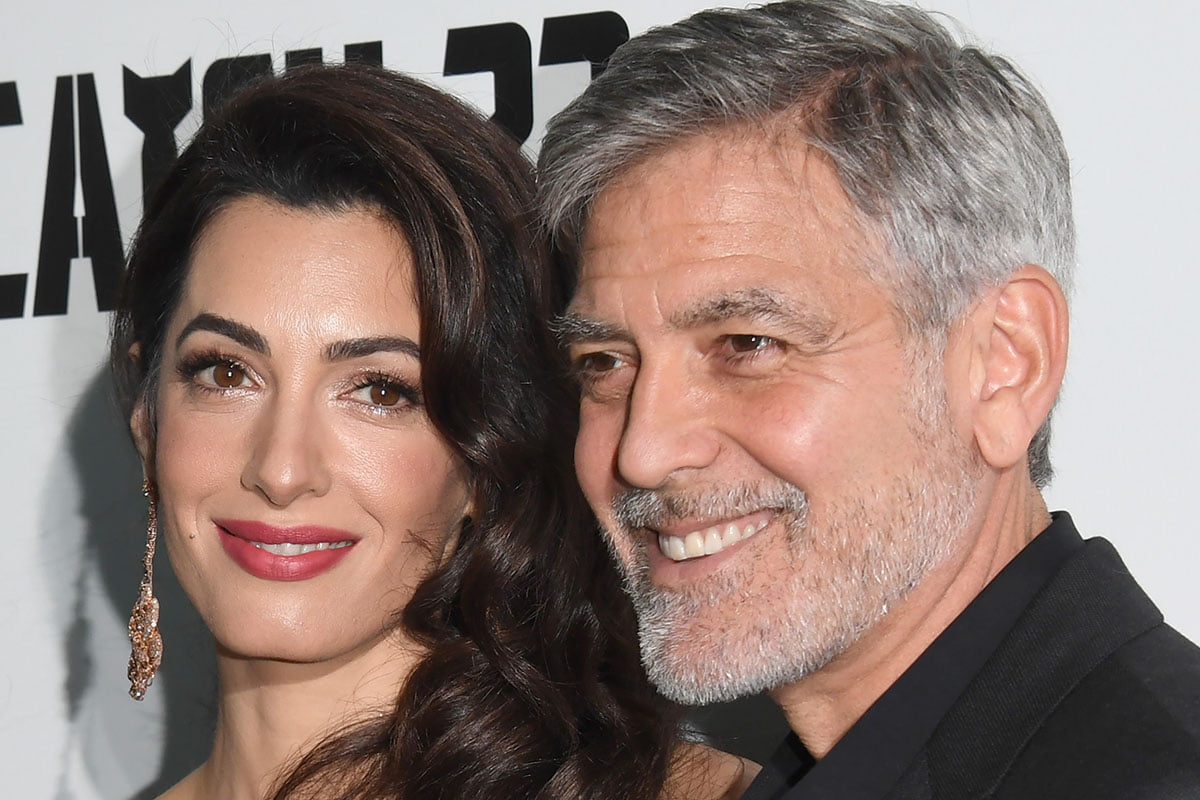 Nine months ago, a tabloid claimed George and Amal Clooney were having another set of twins after overcoming supposed marriage problems. Gossip Cop debunked the phony story when it came out and nine months later, it’s obvious who was correct.

According to Life & Style, Amal was expecting again after giving birth to her and Geroge’s twins, Ella and Alexander in 2017. The publication alleged that the attorney was sporting a supposed baby bump when she photographed at the couple’s estate at Lake Cuomo the month before. A supposed insider told the magazine, the actor was “overjoyed to become a dad again but also nervous about the idea of looking after two sets of twins under three.”

The so-called source stated the supposed baby news brought the spouses “closer together” following a “rocky period” during which they were spending some time apart due to conflicting schedules. “He’s traveling less frequently to LA and they went through couple’s counseling, which has helped improve communication. They’re not arguing as much. It seems like a spark has been reignited in their marriage,” the sketchy tipster added.

The magazine maintained the actor even asked some of his celebrity pals for help with his alleged new arrival. “George has jokingly asked buddy Brad Pitt to be his manny,” the unnamed insider claimed, adding Megan Markle and Michelle Obama were going to give Amal a shower and former President, Barack Obama, was set to be the godfather. None of this was true, obviously. The story was just a figment of the tabloid’s overactive imagination. The article came out exactly nine months ago, and Amal hasn’t given birth to another set of twins. Gossip Cop also spoke to a rep for George who confirmed the story was false, as we reported at the time.

Additionally, Gossip Cop corrected a similar narrative from Star a month before this story came out. That tabloid stated Geroge and Amal Clooney were saving their marriage by having another set of twins. The phony report claimed Amal wouldn’t announce the pregnancy until she was “five or six months” along but it was a “miracle” the two didn’t see coming. Gossip Cop, however, spoke to a source close to the situation who assured us Amal wasn’t pregnant. She didn’t announce it five or six months later, or ever for that matter, because she was never pregnant.

In regards to Life & Style, the unreliable tabloid has a habit of falsely claiming the spouses are having marital problems. Last year, Gossip Cop busted the phony tabloid for incorrectly stating George was ending his marriage to Amal. The magazine asserted the spouses were constantly fighting over their children and clashing personalities. Given the magazine’s track record of being wrong in the past, it wasn’t hard to disprove the made-up tale and it’s impossible to trust any story within its pages.

The post Did Amal And George Clooney Save Their Marriage By Having Another Set Of Twins? appeared first on Gossip Cop.