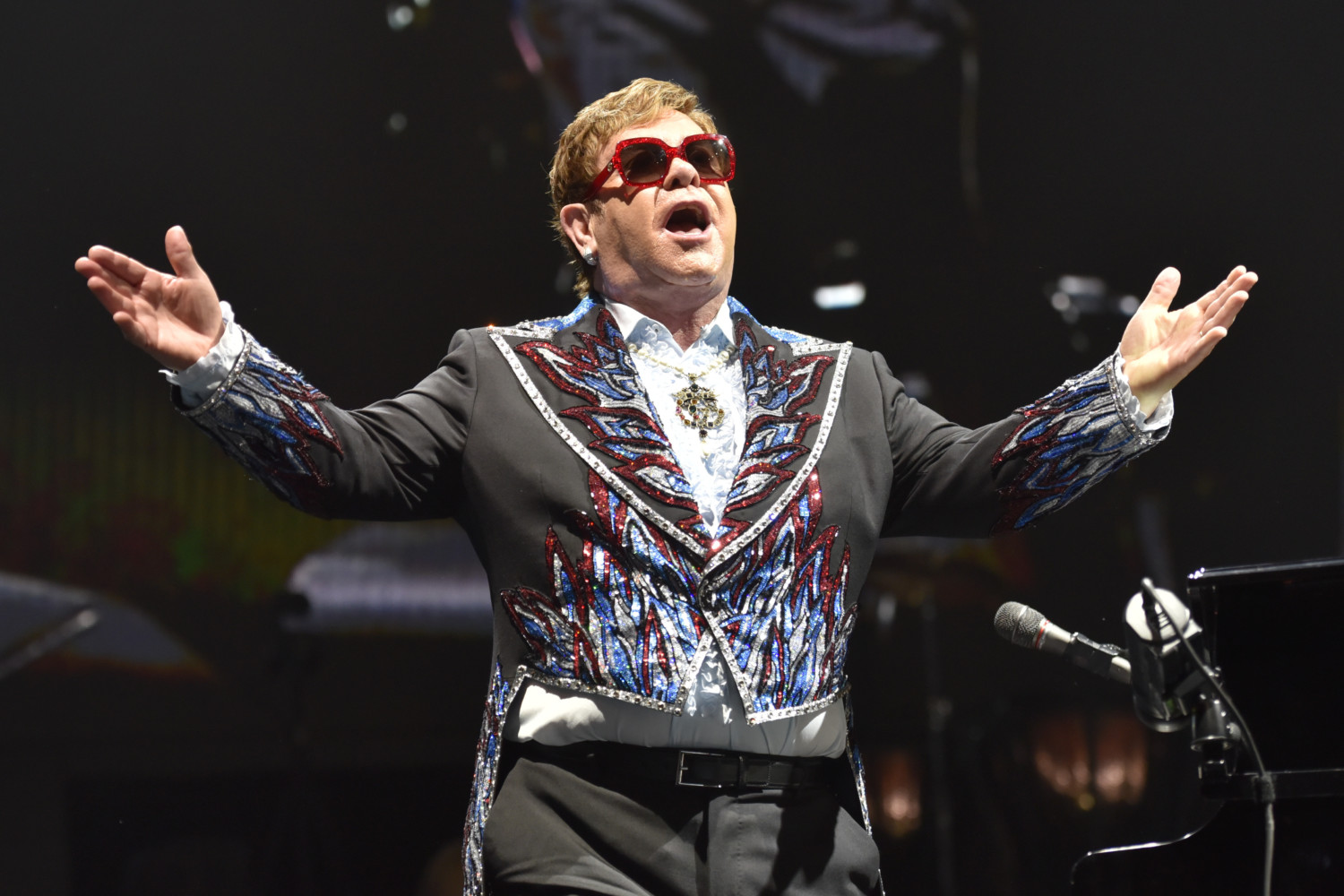 Elton John began his farewell tour in 2018, and now he has announced its final dates. Concert dates in 2020 were postponed due to the pandemic, and those rescheduled concerts will begin in Berlin, Germany, on Sept. 1, 2021. When the rescheduled shows from 2020 wrap up in April 2022, the very last leg of the Elton John farewell tour will kick off in Frankfurt, Germany, on May 27, 2022.

After Frankfurt, the legendary musician will make stops throughout Europe, including in Paris, Milan and various U.K. cities, before heading across the Atlantic to begin the North American leg of the tour in Philadelphia on July 15, 2022.

The “Farewell Yellow Brick Road Tour” will then make stops across the U.S., including in Houston, Chicago, New York, Miami, Dallas, Detroit and more through the summer and fall of 2022. The final U.S. venue to host the Elton John farewell tour will be Dodger Stadium in Los Angeles on Nov. 19 and 20, 2022. These shows are meant to commemorate John’s epic performances at the stadium in October 1975.

A couple months later, the tour will pick up again for two nights in Auckland, New Zealand, on Jan. 27 and 28, 2023. Following those concerts, at last, John will take his very last bows in Australia on soon-to-be-announced dates, and the Elton John farewell tour will come to an end about four years after it began.

In a video posted to Twitter, the iconic singer and musician spoke about his excitement to perform in his final tour:

It is with great excitement that I announce the final dates for my award-winning Farewell Yellow Brick Road: The Final Tour in North America and Europe.

“Hello all you wonderful fans out there,” he began. “I’m coming to you today with an announcement that I have been working toward for, well, all my life. The shows that I announce today will be my final tour dates ever in North America and Europe. I’m going to go out in the biggest possible way, performing at my very best with the most spectacular production I’ve ever had, playing places that have meant so much to me throughout my career.”

He gave a shout-out to some of the far-flung locales he’ll be visiting as he concludes his last tour.

“Whether it’s next summer in Frankfurt or at the legendary Dodger Stadium for the grand finale in the United States, I can’t wait to see you all on the road one last time,” he said.

Playing The Hits And More

With a decades-spanning career full of chart-topping singles, John has no shortage of material to perform. In writing about the farewell tour in March 2019, Variety noted that John played a mix of hits and lesser-known songs.

“He drops in enough deep cuts to keep the musicians and veteran fans on their toes (the second song he played was the 1973 deep cut ‘All the Girls Love Alice’), yet the set was so packed with hits that he’d reeled off ‘Bennie and the Jets,’ ‘Tiny Dancer,’ ‘I Guess That’s Why They Call It the Blues,’ ‘Border Song’ and ‘Philadelphia Freedom’ in the first half-hour, and he’d barely scraped the surface.”

John has delivered more than 4,000 performances in more than 80 countries since his first tour in 1970. In May 2019, the Elton John farewell tour was named Billboard’s Top Rock Tour. He is one of the most successful and critically acclaimed solo artists of all time.

Public sales for the Elton John farewell tour begin June 29 in Europe and June 30 in North America. Will you try to see Elton John perform one last time?