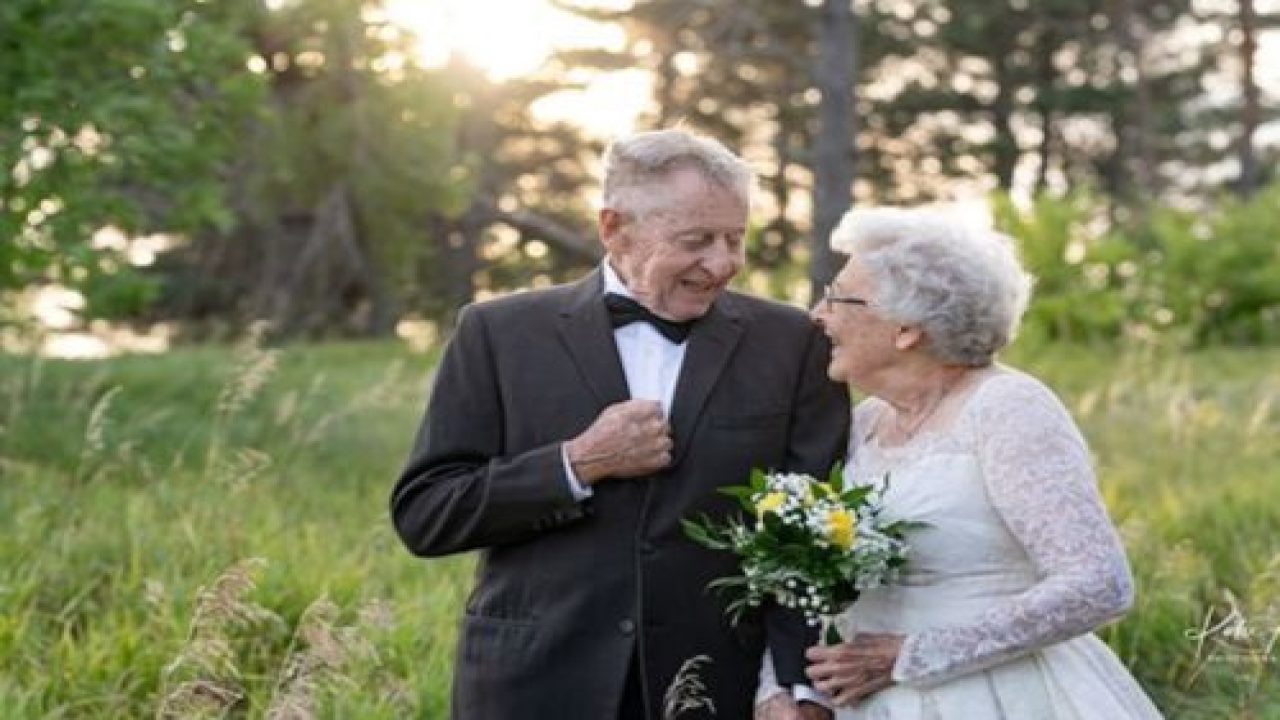 Reaching your 60th wedding anniversary is no mean feat, and it deserves a special celebration. Husband and wife Marvin and Lucille Stone, who married on Aug. 21, 1960, decided to have a photoshoot with Nebraska photographer Katie Autry to mark the occasion.

And when it came to their wardrobe, Lucille had a great idea. “I got to thinking, ‘Well, I think I can still get into my wedding dress,’ which was in a box upstairs,” Lucille, 81, told Yahoo Life. “And we had Marvin’s suit — and he hasn’t changed.”

Lucille made a couple of tweaks to her dress, adding a satin insert at the waist, and the long-term couple was ready to go.

Autry shared the images on her Facebook page, writing that working with Marvin, 89, and Lucille to celebrate their diamond anniversary was a “pleasure” and possibly “one of [her] favorite sessions to date.”

Autry even gathered some marriage advice from the couple, who claim that the secrets to a lasting marriage include hard work, kindness and “[thinking] before you speak.”

Lucille told Yahoo Life that they were “the gossip of the school” when they got together after meeting as teachers in 1959. Their courtship involved games of bridge during a series of blizzards that hit the state that winter. By the following May, they were engaged.

After the photographs went viral on social media, Lucille and Marvin received even more anniversary cards and well-wishes than you’d expect on such a momentous occasion. But they said they “didn’t want any fussing,” and enjoyed a family dinner on the date of their marriage.

Lucille had more advice for engaged couples or for those who are newly married.

“You have to go into it with the idea that it’s permanent,” she said. “Neither one of us ever thought of divorce. If we got angry with one another, it was a fleeting moment. [We went into marriage thinking] this is a permanent, life-long deal. ‘Til death do us part.”