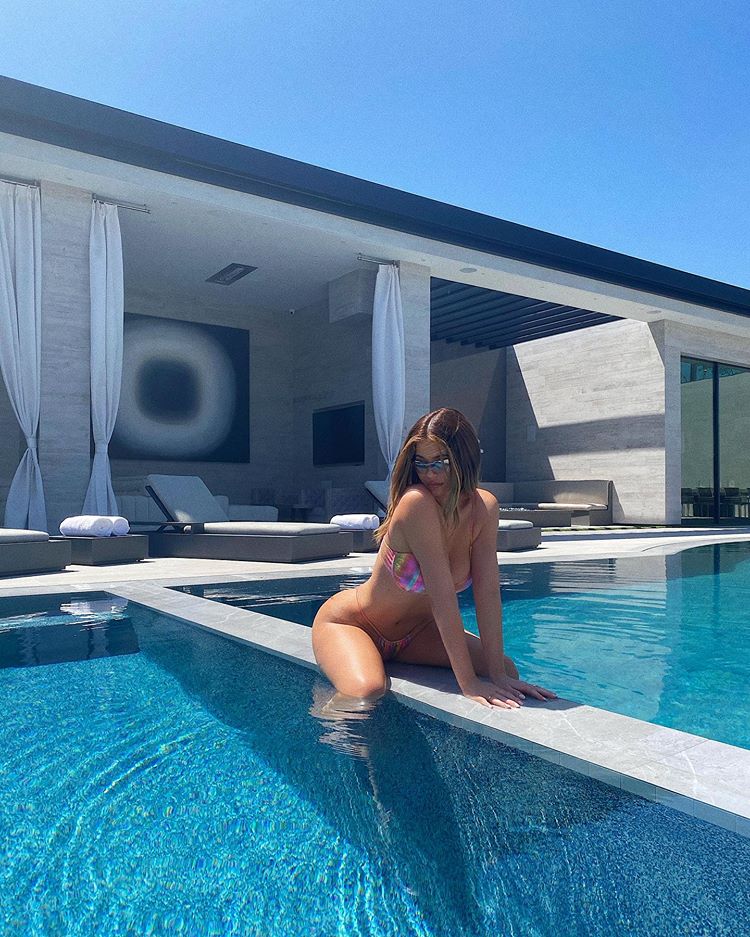 Yesterday, Jenner posted a picture on Instagram that showed her lounging poolside in a bikini, living her best life, enjoying a level of opulence that most people cannot fathom, et cetera. But fans quickly spotted something unusual: One edge of the pool was bizarrely warped, betraying some digital manipulation on Jenner’s part.

“I’m trying to work out what she was even editing,” one commenter wrote.

It didn’t take Jenner long to address the error after people started commenting. But rather than scrap the whole photo based on one glaring error, she simply cropped out the questionable portion and re-uploaded it alongside several other poolside shots.