Leighton Meester and Adam Brody's Daughter Reacts to Them Working Together 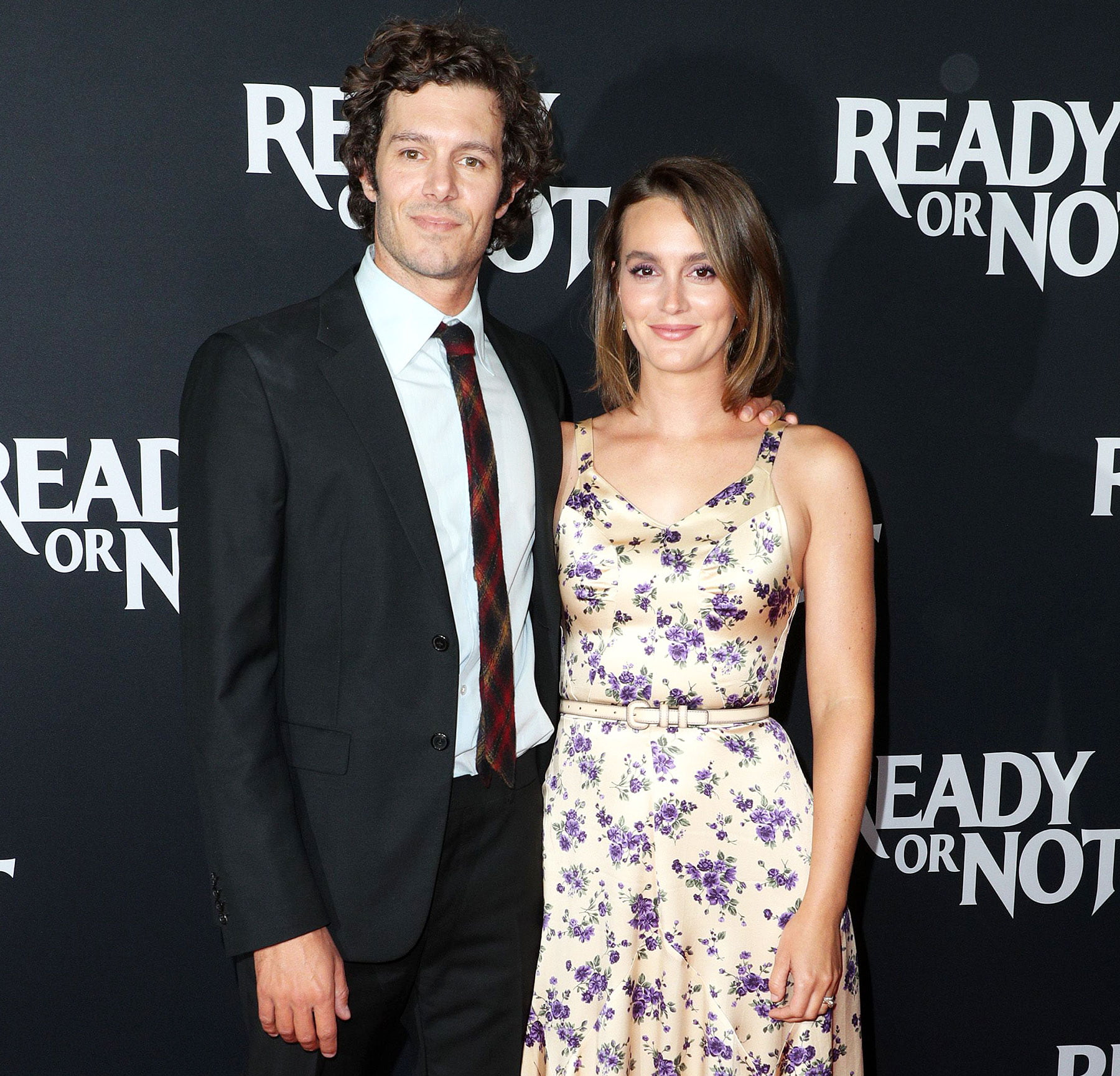 A valid concern. Leighton Meester, who is pregnant with her second child, opened up about working with husband Adam Brody on Single Parents and revealed how their 4-year-old daughter, Arlo, feels about the collaboration.

“Our daughter was like, ‘You’ve been at work for so long.’ It’s like, ‘I’ve been here for one day,’” the actress, 34, told Entertainment Tonight in an interview published on Wednesday, May 13. “She’s like, ‘Both of you guys can’t work at the same time.’”

Meester then joked about Brody’s role on the ABC series. “He is the baby daddy. In real life and not real life,” she said. “Sometimes I’ll be like, ‘Oh, yeah, I forgot I’m married to you.’ … But it’s been really nice having him here. He’s very much a part of the family.”

Perhaps the Gossip Girl alum fails to recognize the former O.C. star, 40, because he disappears into the part. “On the show, he’s such a little dummy and it’s very cute and he’s very handsome,” she noted. “And in real life that’s 98 percent not true. He’s mostly, totally, like a grown-up.”

Leighton Meester and Adam Brody: A Timeline of Their Relationship

Brody guest-stars as Derek on the sitcom, while Meester portrays Angie, who raised their son, Graham (Tyler Wladis), by herself until her ex popped back into the picture during season 1.

Us Weekly reported in April that the Roommate star is expecting her second child with the Gilmore Girls alum. She was spotted at the time with a baby bump. The pair tied the knot in February 2014 and welcomed Arlo in August 2015.

Meester attempted to hide her burgeoning belly as Single Parents’ second season filmed amid her pregnancy. She responded last month when a troll left a nasty comment on her Instagram Live with costar Kimrie Lewis. “Somebody just told me I got fat,” she shared. “That’s really nice.”

Lewis, for her part, replied, “That is not nice.”

Meester gushed about parenthood in September 2019. “People started telling me before [I had] a kid, ‘You’re going to really love them,’” she told Us exclusively at the time. “Then you’re like, ‘Yeah, obviously, I’ll love them.’ And then you do [have them] and you’re like, ‘Oh. OK. I don’t love anyone else. I just love them. And I don’t even love myself as much as I love them! Not even close.’”