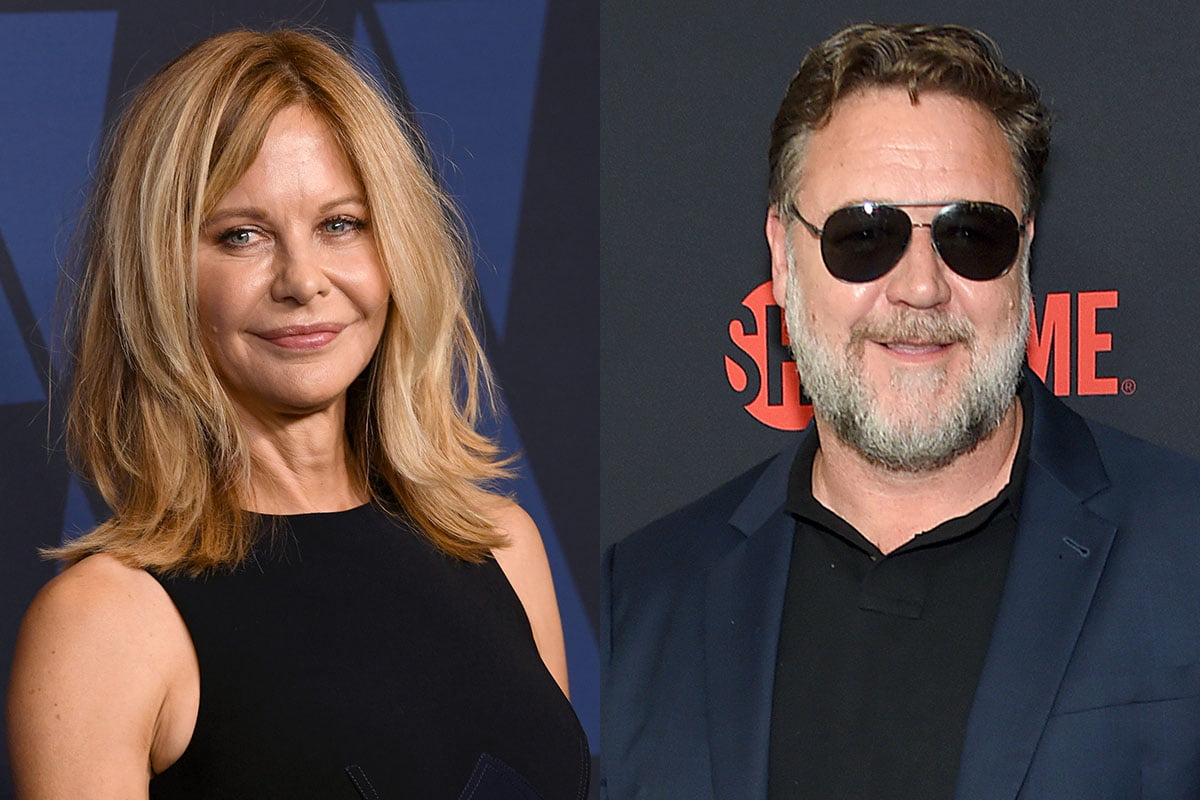 Is Meg Ryan “rebounding” with Russell Crowe? A recent article in a tabloid claims the actress is rekindling her romance with Crowe. Gossip Cop can set the record straight.

According to the Globe, Ryan is “scorned” and running back into the arms of Crowe after her breakup with John Mellencamp. The tabloid insists the former pair are picking up right where they left 20 years ago. “Meg and Ryan are hooking up and having a blast,” a so-called insider tells the outlet. The supposed insider continues, “This rebound was just what Meg needed after things went south with John. Thankfully, Russell was there to scoop her back into his arms, and they’re falling for each other all over again.”

The outlet asserts it was a “well-known” Hollywood secret that Crowe and Ryan were “head-over-heels” for each other but the timing of their affair was “terrible.” But, the magazine maintains Mellencamp “couldn’t care less” if Ryan is “hooking up” with Crowe since the singer is in a relationship with Jamie Sue Sherrill. “If Meg is trying to make him jealous, she’s going the wrong way about it, because he’s well and truly checked out and in love with someone else,” another sketchy insider says. The publication then alleges “sources” don’t foresee Ryan and Crowe’s “rekindled relationship” going the distance.

“The reality is this will likely fizzle out just like it did before. Hopefully, nobody will get hurt this time around, and they can just keep things light and casual, without all the drama that happened 20 years ago,” the alleged insider adds. While it is true Ryan and Crowe had a brief fling in 1999, the two are not getting back together. Gossip Cop already corrected the same story a few weeks ago when New Idea alleged Ryan and Crowe were getting back together, however, we spoke to a rep Ryan who assured us the story was untrue.

We doubt anything has changed within a matter of weeks. The Globe is just recycling the same tale and using baseless information. Nonetheless, we’re debunking this phony story. Furthermore, this wouldn’t be the first time the Globe was off-base with its allegations about Ryan. Last month, Gossip Cop busted the tabloid for falsely claiming Mellencamp was marrying Sherrill and banning Ryan from the wedding. Last year, the Globe incorrectly stated Ryan was calling off her wedding to Mellencamp because of a botched nose job. Gossip Cop dismissed the incorrect stories at the time, just as we are dismissing this latest tall tale.