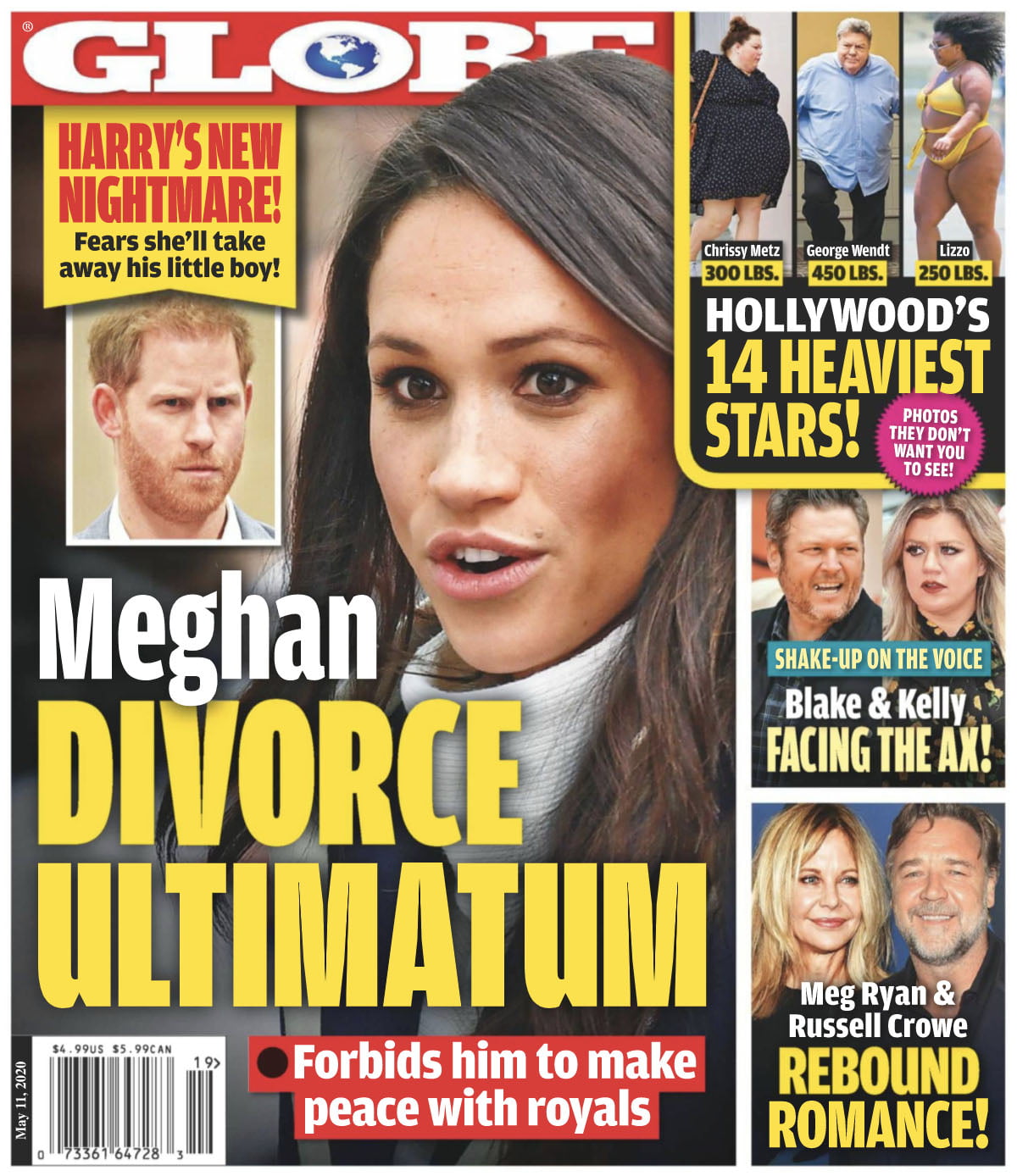 Meghan Markle did not threaten Prince Harry with divorce. A story in a tabloid claiming that she did is wrong. Gossip Cop can explain.

In a new article, the Globe says that Markle has told Prince Harry, “It’s me or them,” according to a source. “Them” is Prince Harry’s family, of course. The publication quotes an insider as saying, “I’m told Meghan went berserk after learning Harry was negotiating to end their royal exile — and screamed, ‘You can go back — but Archie and I are staying in America!’” Prince Harry, a supposed “palace source” says, “blames Meghan for masterminding their disastrous ‘we quit’ move to the America and promised he’d make his wife toe the royal line this time. But Meghan wants no part of it!”

This alleged argument, according to the “palace source,” led Meghan Markle to throw down the proverbial gauntlet. “She knows she’s worn out her welcome with her diva demands, temper tantrums and publicity stunts and just wants to get on with her celebrity life!” the supposed source says. “She warned Harry ‘to make the right decision or realize you’ll never see your son again!’” Of course, the whole story is almost certainly completely made up.

There is a lot to unpack here, as there usually is with this bogus royal stories. For starters, the couple isn’t in “exile,” as they themselves chose to step away as senior members of the royal family. Prince Harry also has no plans to leave California, as Gossip Cop explained just last week. In fact, there have been multiple reports that the duke and duchess are house-hunting in Los Angeles.

Finally, Prince Harry doesn’t “blame” anyone for anything “disastrous.” He has explained numerous times that the decision to quit working for The Firm was made together with his family and wife. Plus, it was made, in large part, on account of the traumatic death of his mother, Princess Diana, who, like his wife, faced horrible scrutiny from the tabloid media, just like this story.

Frankly, it’s impossible to take the Globe seriously when they “report” on the Duke and Duchess of Sussex. Two weeks ago, the ridiculous outlet purported that Prince Harry was buying a weed farm in California. It was just another story Gossip Cop busted as ridiculous and false.

The unreliable publication also once claimed Prince Harry and Meghan Markle were banned from attending Queen Elizabeth’s funeral — something else that was completely out of touch with any reality. It was similar to the time the paper insisted the queen had banished Prince Harry and Markle to Africa for six months, which, of course, was a story debunked by Gossip Cop.

This narrative that Prince Harry is at his wit’s end is another premise the Globe keeps hammering on, and it continues to be wrong about it. In January, the silly paper alleged that Prince Harry was having a mental breakdown in Canada. It was just another in a long line of tall tales spun by the tabloid to sell papers to gullible readers. You just can’t trust it to get the story right.