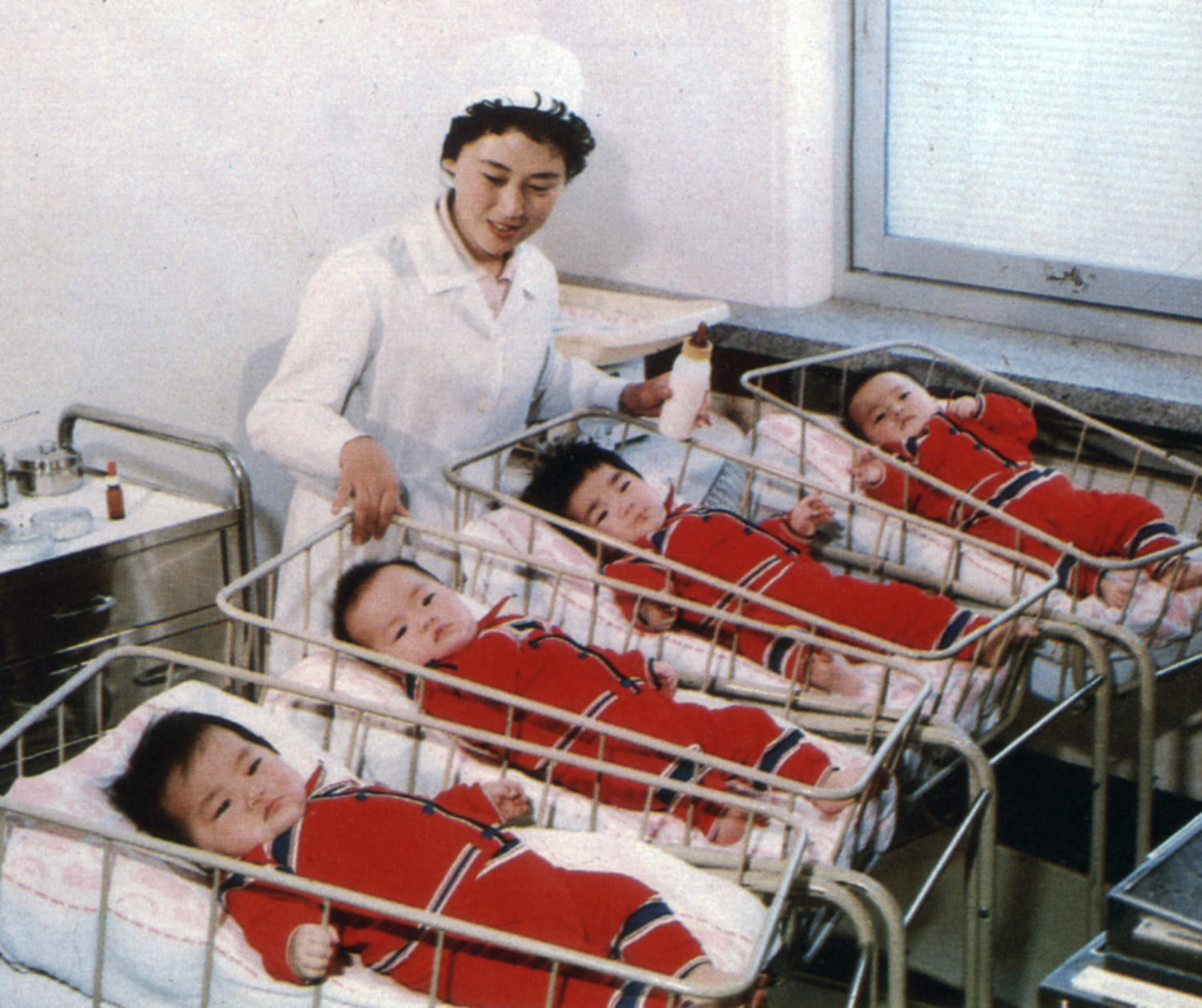 When Dallas, Texas resident Jenny Marr found out she was pregnant with not one — but three — babies, she was shocked. She and her husband, Chris, are both only children, and multiples do not run in either of their families.

A week after learning they had triplets on the way, the first-time parents-to-be got yet another surprise at Marr’s next ultrasound when the technician informed them that actually, Jenny was carrying four babies. The expectant parents were in shock that they were about to become mom and dad to quadruplets.

“I made the joke that I am not coming back because there are going to be five babies next time,” Chris told NBC’s “Today.” “We were just shocked. Jumping from three to four was easier to swallow. Just after that, we heard they were healthy.”

On March 15, Marr indeed gave birth to four identical quadruplets. Although the infants were born prematurely and each weighed in between 1 pound 15 ounces and 2 pounds 10 ounces, Hudson, Harrison, Henry and Hardy all came home in early May after stays in the neonatal intensive care unit. The four baby boys all now weigh between 5-6 pounds.

Jenny posted this photo of the quadruplets together with the family dog, Zeke, on Facebook on May 12:

This is quite an unusual event. The new mom’s OB-GYN, Dr. Lauren Murray at Texas Health Presbyterian Hospital Dallas, says doctors estimate that identical, spontaneous quadruplet births only happen 1 in 11 million or 1 in 15 million births.

“This situation is so incredibly rare that there are only about 72 documented cases of spontaneous, identical quadruplets ever,” Murray said in a hospital news release.

The fact that these miraculous multiples were born amid a global pandemic just makes their young lives even more remarkable. Dallas County’s stay-at-home order was issued on March 16, just a day after their birth — and the hospital’s no-visitor policy was put into place on March 23. The Marrs were grateful for the hospital staff’s dedication to ensuring that their newborns stayed safe during this turbulent time.

“Our nurses were social distancing from their families,” Jenny told The Dallas Morning News. “They weren’t seeing anybody because they put our babies first.”

Texas Health also posted images of the babies, along with the medical team that helped to care for them. The group includes three doctors and several registered nurses.

Now that their children are home, the new parents face additional challenges in the face of the ongoing coronavirus. Although family and friends are not able to meet the new babies in person just yet, they’re hopeful about the day when they finally can.

“I’m looking forward to just everybody coming and seeing how awesome they are, who they are and being able to hold and snuggle them,” Jenny told the newspaper.

What a heartwarming story! Congratulations to the whole happy family!