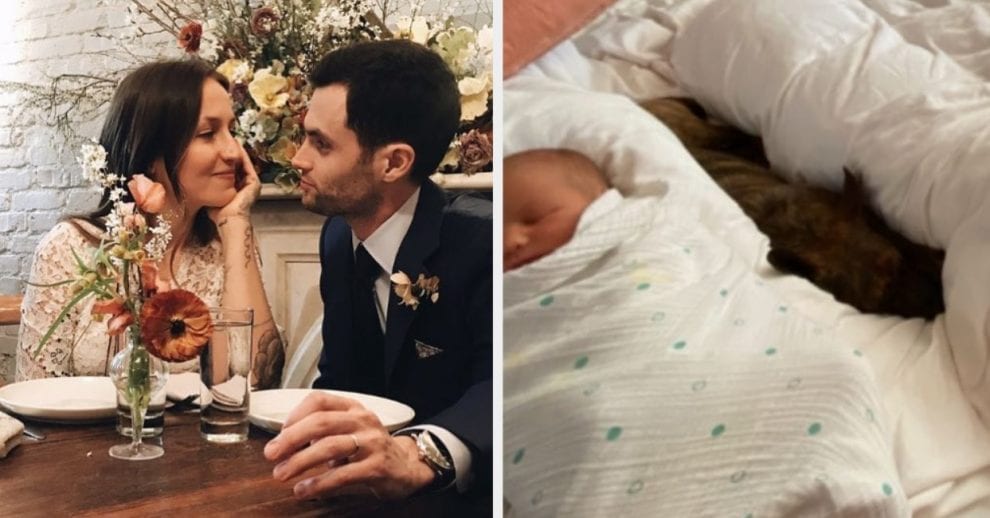 Kirke confirmed the news on Instagram on September 20. Alongside a photo outline of her placenta, Kirke wrote, “His heart shaped home.” She added the hashtag #40dayspostpartum, which means she gave birth on August 11.

Kirke, a singer and licensed doula, also shared a cute pic of the newborn sleeping beside herself, her husband and their pet dog to her Instagram Stories. New father Badgley is best known for his roles in “Gossip Girl” and “You.”

Kirke has been open about her pregnancy journey after experiencing two consecutive miscarriages.

“Pregnancy after loss is a whole other thing. After two miscarriages in a row, we were ready to call it,” Kirke wrote on Instagram in February. “I stopped trusting my body and started to accept the fact that I was done. As a birth attendant, I’ve seen and heard it all. It takes everything I’ve got to detach lovingly from the losses I’ve been present for and be in my own experience.”

Kirke also referenced being pregnant with her 11-year-old son, Cassius Riley, from a previous relationship with musician Morgan O’Kane.

“When I was pregnant at 25, I knew nothing. I had no community,” she wrote. “I dove in blissfully unaware about birth and its mysteries. Now, with 10 years worth of experience to pull from, I treasure my birth community and the knowledge I have. You’re already teaching us how to stay in the day in a way we’ve never had to, little one. Thank you.”

In an interview with Us Weekly in October 2019, Kirke revealed how good a stepdad Badgley is to Cassius.

“He doesn’t have to be ‘dad’ so he can have more fun with him,” she said. “It’s really nice. The stepparent thing is definitely unchartered territory for me cause I didn’t grow up with one, but … he takes care of him really well.”

Kirke and Badgley met in 2014 and married in February 2017 in a small courthouse wedding attended by Kirke’s family. The ceremony included her younger sisters, actors Jemima Kirke (“Girls”) and Lola Kirke (“Gone Girl”).

Congrats to the couple!