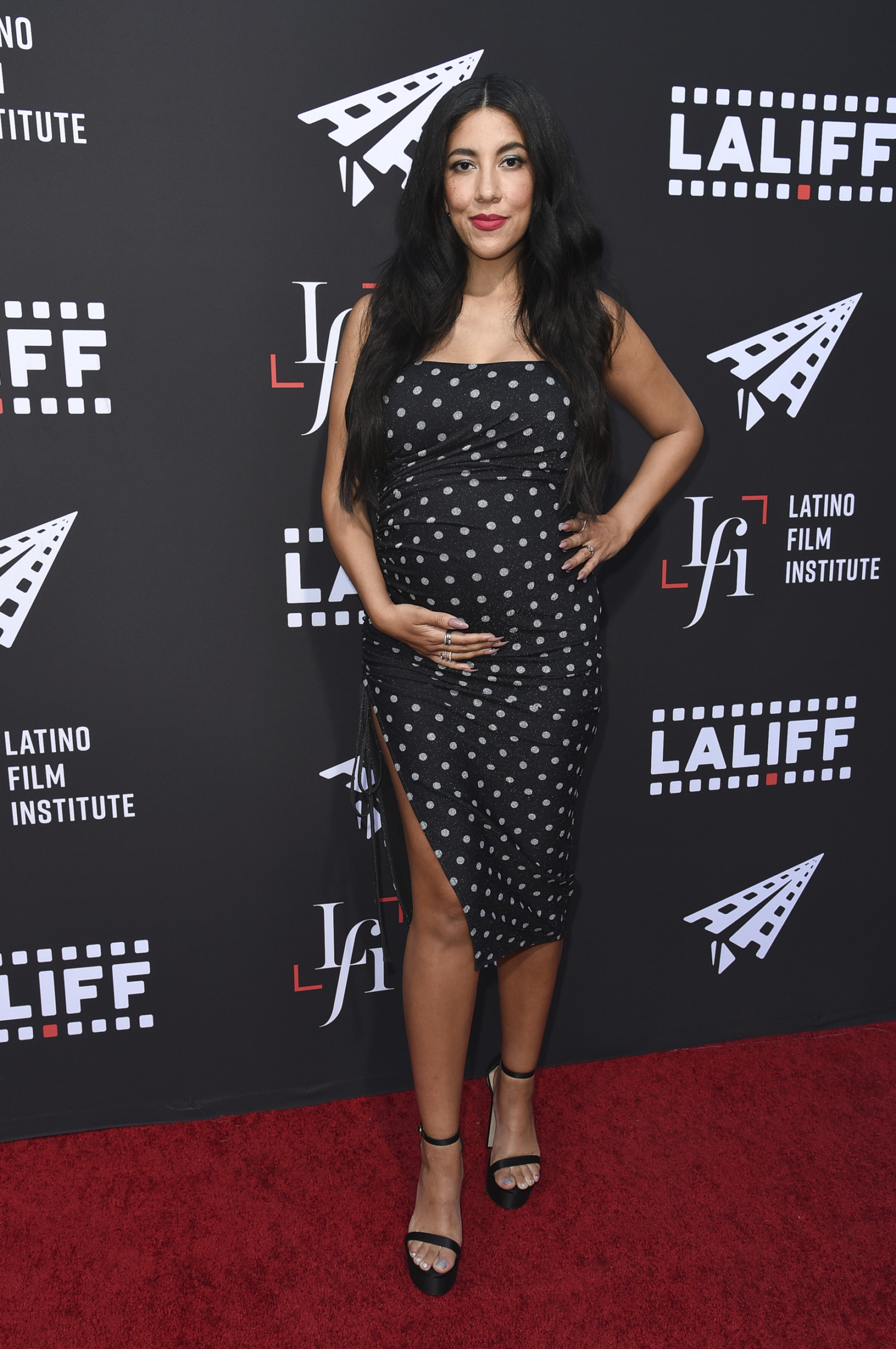 “Brooklyn Nine-Nine” actress Stephanie Beatriz is having her first baby.

The actress, who plays New York City police detective Rosa Diaz on “Brooklyn Nine-Nine,” is one of the stars of the new film “In the Heights.” Like her characters in both those screen roles, Beatriz identifies as bisexual/queer.

She and her husband, Brad Hoss, made the announcement on social media on June 2, sharing one of the photos (below) from their story in People magazine’s Pride Issue.

She married Hoss in 2018. Beatriz told People that for many years she didn’t think she’d have a child.

“I didn’t think that a committed partnership was really for me,” she said. “I couldn’t really see kids. It wasn’t that I was closed off to it. It was more that I couldn’t quite see how a baby fit into the life that I was building,”

But when she met Hoss, Beatriz said she felt she could be her “fullest, most authentic self” with him. Hoss told People in a video interview that he loves her ability to be that authentic self at all times.

Beatriz’s baby bump was visible at a June 4 screening of “In the Heights” at the Los Angeles Latino International Film Festival.

She told Entertainment Tonight that she feels a parent’s job “is to be the steward of this little human soul.”

“It’s not my job to make them be this or that, or push them to fit anything,” she said. “It’s literally just to try to get them to see that the world is full of beautiful things and that they’re going to have a big part of making it a better place if they want to do that.”

The couple doesn’t know what sex their baby is and are still figuring out name choices, though Beatriz did get plenty of suggestions from her “In the Heights” castmates.

Congratulations to the expecting parents!