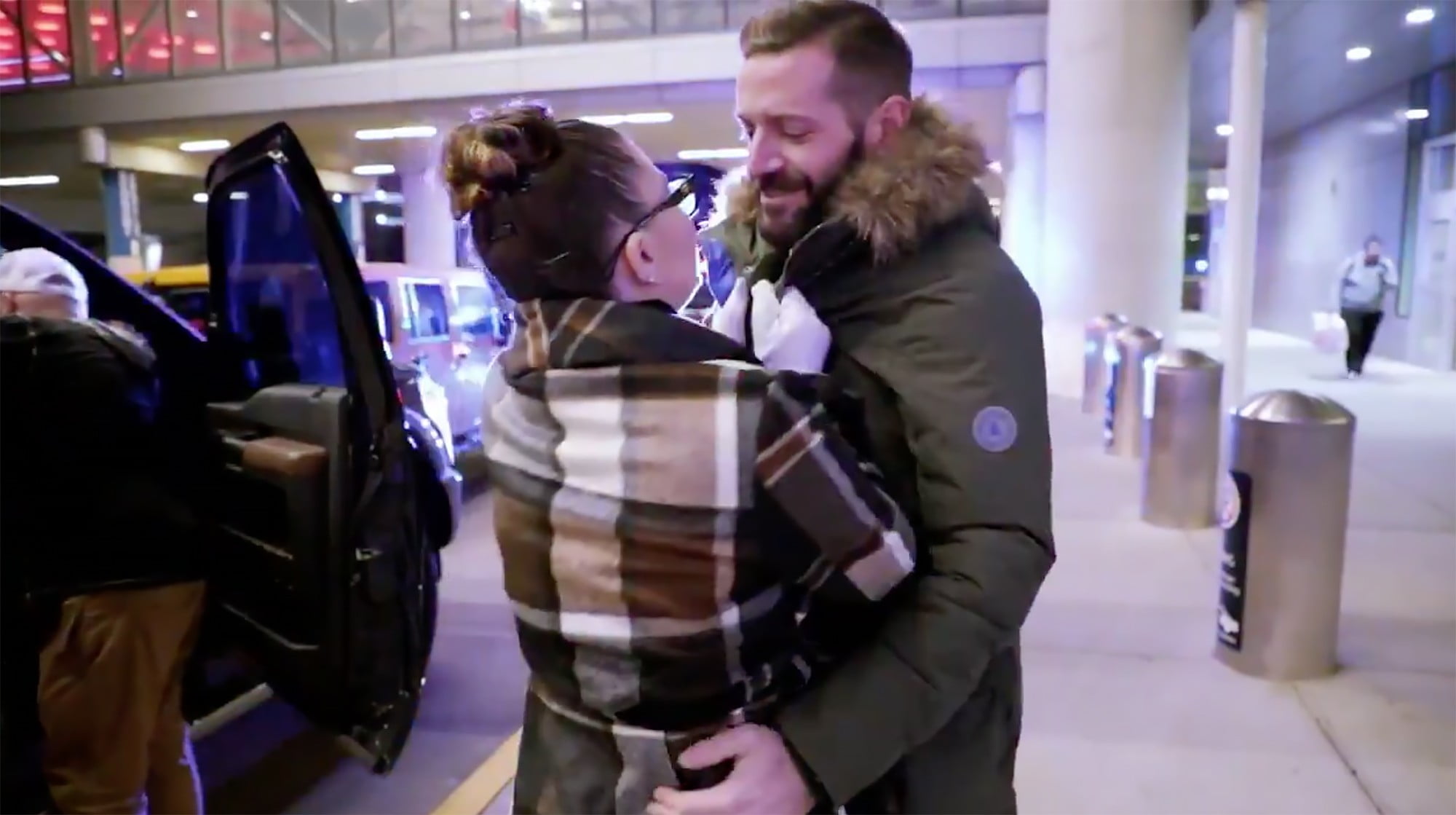 Amber Portwood is moving on! As her court battle with Andrew Glennon continues, Amber met her boyfriend, Dimitri, in person for the first time during the Tuesday, May 5, Teen Mom OG episode after he flew all the way out from Belgium to meet her.

Amber and Dimitri had been talking online, but hadn’t met in person until he decided to fly out to Indiana to meet her in person the first time. Although Gary Shirley was wary about the situation — and reminded her to use birth control — he still drove her to the airport to pick him up and even admitted that they made a cute couple right away.

Things with Amber and Dimitri were going well immediately, but she wanted to make sure he could get along with Leah, too, so they went over to eat dinner with her, Kristina and Gary. There was definitely a language barrier since he spoke more French than English, but he and Leah were able to talk through a translation app on her phone.

Later, Gary and Kristina talked about Dimitri, and they both said that although the language barrier was tough, they liked him.

“I like the guy. Leah said she had a good time,” Gary admitted. Kristina agreed, adding, “If Amber can keep one thing in mind, that her kids come first, and if Dimitri can accept that, good.”

Back at home, Dimitri said he thought Gary was a “good guy” for protecting her, and that he thought Leah was “very funny,” even though everyone talked too fast for him to keep up with their English.

“I want to keep doing things like that with Leah, and you have to be comfortable with it too, and make sure that Leah and everybody else is comfortable,” Amber told him Dimitri admitted that these were all a lot of big changes for him, but he was OK with that.

Amber Portwood Through the Years

Elsewhere in the episode, Mackenzie McKee struggled with depression and got support from husband Josh in the days after her mom passed away, and Cheyenne Floyd sent Ryder to pre-K prep classes for the first time. Caitlynn Lowell and Tyler Baltierra dealt with a sticky situation with their friend Ashley when she disappeared with their car, and Maci Bookout considered enrolling her son, Bentley, in private school after he passed the entrance exams.