Book lovers! Don’t miss out on this.

Some of my fondest childhood memories involve going to the local library in the summer, sitting there reading for hours, then checking out as many books as I was allowed.

But if you haven’t visited your library lately, you’re not alone. In a report on the future of libraries by Pew Research Center, only 44 percent of Americans had visited a local library or bookmobile in the past 12 months (when the survey was conducted, in 2015). Though the percentage of visitors was down in the report (in 2012, 53 percent of adults had visited a library in the past 12 months), the percentage of people using a library’s website increased in the same period.

More people are using their local library’s online resources, but many of us might be missing out on an amazing resource they offer — free e-book and audiobook downloads.

Your local library has thousands of e-books and audiobooks available, and you can borrow them, instantly, for free, using whatever mobile device you own. In fact, some apps let you sign in to multiple libraries to find the e-book or audiobook you want to download (or stream, if you want to save space on your devices).

Here’s a look at some of the apps and services that allow you to borrow books from your local library for free.

Libby is an app created by OverDrive, an e-book and audiobook loaning app that many public libraries use. Libby is free, and it’s designed to be more intuitive and easier to set up than OverDrive.

To download books via Libby, readers will need to download the app, then input their library card for access to their local library’s digital collection. You can also sign in to multiple libraries, which might help you find an available copy of the e-book you want if your local library has a wait for it. The app offers other features as well, such as allowing individuals with dyslexia or sensitive eyes to change the font and text size.

Libby has earned some accolades — it was awarded Best New App of the Year 2017 by Google Play and a No. 1 Apple App Store rating for books and libraries in May 2018. You can download it for free via the Google Play Store or Apple App Store.

The Hoopla app allows you to borrow not only e-books and audiobooks from your local public library but also music, movies, comics and TV shows. Titles can be streamed instantly on a computer, tablet, phone or TV, or downloaded to phones or tablets. Hoopla says there are hundreds of thousands of titles to choose from, with more being added daily.

To get Hoopla, download the app via the Google Play Store or Apple App Store, then use your library card to sign in and borrow some entertainment.

If you’ve been using the internet since the 1990s, you may remember a time when Amazon only sold books. Now you can get just about anything from Amazon — including library e-books loaned to Kindle users for free. More than 11,000 libraries in the United States offer public library books for Kindle, and you can even check out Kindle books through the website of your local library and have them sent directly to your Fire tablet, Kindle device or Kindle reading app. Just use your library’s site, then sign in to your Amazon account for the download.

Have you ever checked out an e-book from your local library? Will you start now? 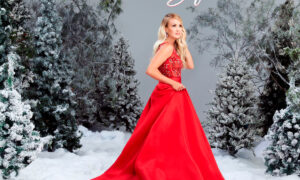