Cardi B, perhaps, one of the most likable characters in hip-hop right now, isn’t the type of person to hold back, whether she’s inappropriate or not. And during a new appearence on Jimmy Kimmel Live! Cardi proved the same thing once again.

On the 17th of October episode, filmed in Brooklyn, New York, Cardi spoke with the late-night host about having a baby, and just how serious an endeavor it is. When probed on the difficulty of childbirth, she said, “it was totally harder. She broke my vagina.”

Cardi asked why no one told her just how bad the experience was. “Nobody told me they were gonna stitch my vagina!” the rapper remarked. As it was previously reported, the “Bodak Yellow” rapper welcomed a child into the world on the 10th of July.

Following the birth of Kulture Kiari, Cardi B is putting her daughter before all else. Her career is still receiving considerable attention, but her child is more important.

On the 26th of July, the stripper-turned-reality-star-turned-rapper announced the cancelation of her part of Bruno Mars tour, the 24K Magic World tour.

In a statement at the time, Cardi B said she thought she may have underestimated the “whole mommy thing.” But since then, Cardi has recuperated, and in a big way.

On the 25th of August, Offset shared a photo on Instagram of her post-baby body, captioning it with, “Wifey Goddess Beauty.” As for what Kulture is like, Cardi explained to Kimmel that she’s “very fiesty,” and she can already see just how difficult she’ll be.

The Love And Hip Hop alum said her daughter is demanding. However, fans learned that only Cardi can speak on Kulture’s name after Nicki Minaj allegedly talked smack at New York Fashion Week. Cardi apparently took off her shoe and threw it at Nicki’s face. 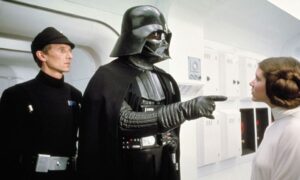