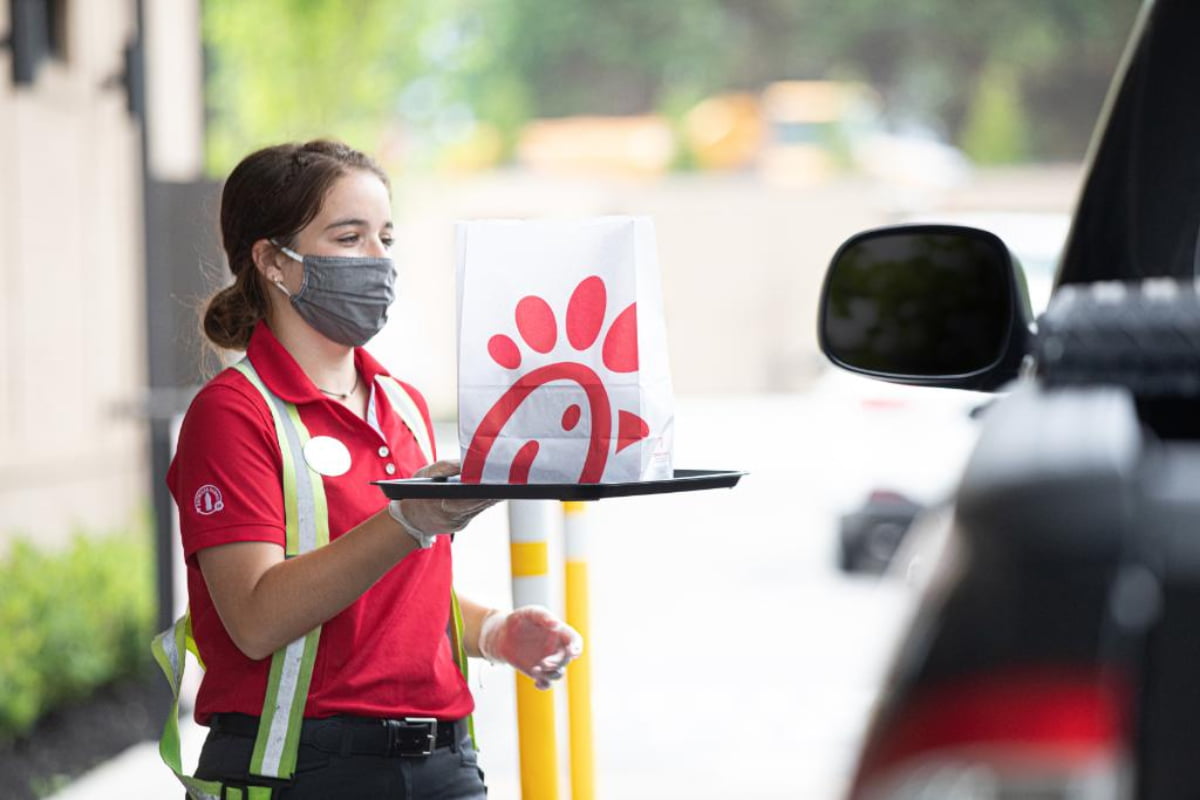 Move over, Starbucks — there’s a new cold brew contender in town. Starting Sept. 14, you can get your cold brew fix at Chick-fil-A with the new Mocha Cream Cold Brew, which features cold brew coffee, chocolate-flavored syrup and sweet cream.

The Mocha Cream Cold Brew was tested in a few select markets last year, and the caffeinated beverage performed well enough to become a staple on Chick-fil-A menus throughout the country.

In addition to the Mocha Cream Cold Brew, you can also satisfy your sweet tooth with the new Chocolate Fudge Brownie on Chick-fil-A’s dessert menu. With real semi-sweet chocolate chips mixed in the batter, this dessert packs a powerful chocolate punch. You can order the prepackaged brownies as individual portions or by the tray.

Like the Mocha Cream Cold Brew, Chick-fil-A previously tested out the Chocolate Fudge Brownie in select markets, so if you feel like you’re having deja vu, that’s why. But now every Chik-fil-A menu will feature the dessert menu.

In addition to these two new menu items, Chick-Fil-A is continuing to expand its coffee options. You can check out the new blend of Thrive Farmers Hot Coffee, a brand of coffee beans that has been featured on Chick-fil-A’s menu for a while now, but this new blend features a sweet and nutty caramel flavor.

As summer ends, make sure to enjoy your seasonal favorites, like the iconic Peach Milkshake, before they go back in the vault for the winter months.

Chick-fil-A’s menu is always evolving with the seasons, so favorites like the Smokehouse BBQ Bacon Sandwich and Strawberry Passion Tea Lemonade aren’t on the menu throughout the year.

Thankfully, the Chocolate Fudge Brownie has been added to the menu as a year-round item! So you can get your chocolate fix no matter what season it is.