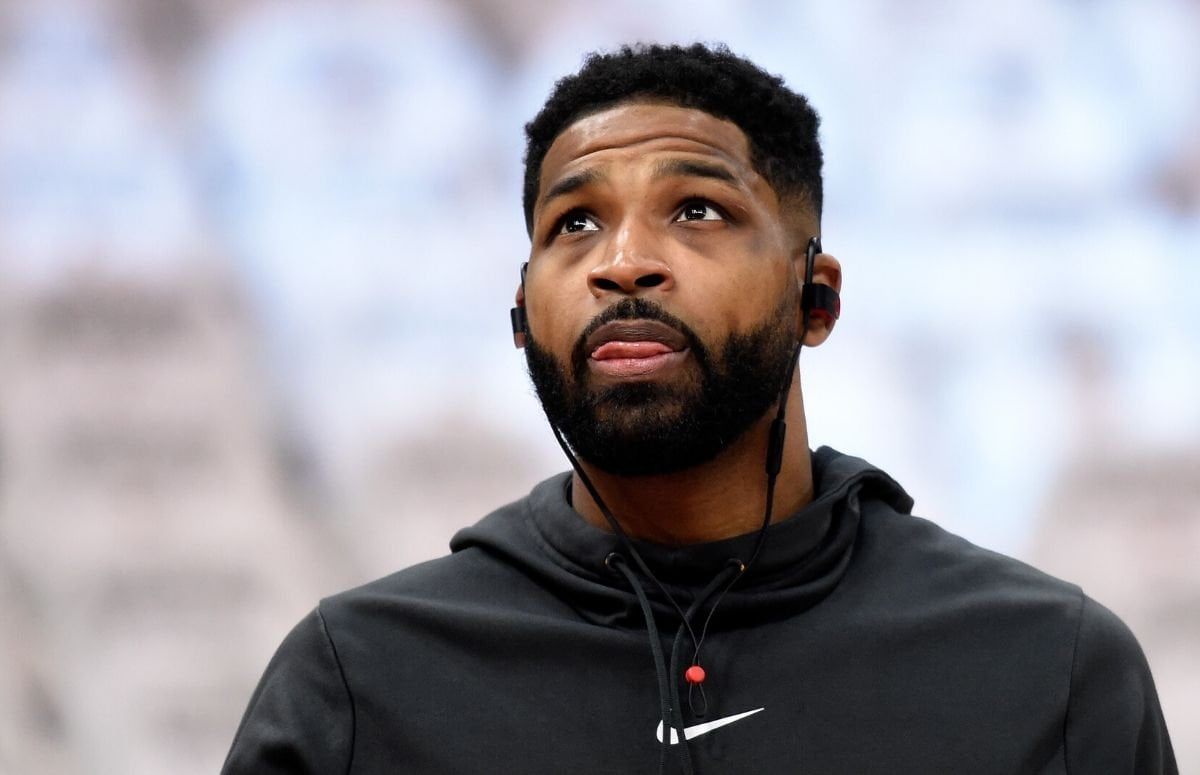 A woman has claimed Tristan Thompson fathered her child and accused Kris Jenner and Khloe Kardashian of interfering with the DNA test results. A celebrity gossip site apparently had contact with the accuser and published every word of her claim. Gossip Cop looked into the matter and determined there was more to this story.

Celebrity gossip blog Gossip Of The City published the legal documents, emails, and text messages of a woman purporting to be the mother of Tristan Thompson’s third child. The woman claims these documents and communications prove that she’s been railroaded by Thompson who she alleges is working in tandem with Kris Jenner and Khloe Kardashian to fudge the DNA results that would prove he’s the father of her child.

The documents show, and more reliable outlets confirm, that Thompson took a DNA test to determine if he was the child’s father, which came back negative. The accuser and her lawyer, Lisa Bloom, took offense at the fact that the NBA star did the test in his home, so a second test was requested.

Then his accuser took issue with the laboratory performing the test. She took to Instagram to air her grievances, pointing out that the lab Thompson visited was previously featured on an episode of Keeping Up With The Kardashians, which she claimed disqualified it from being a neutral testing facility.

This turned out to be a bad move on her part, as she lost her lawyer as a result. It also earned her the ire of both Thompson and Kardashian, who are now threatening to sue the woman for defamation. Gossip Cop was deeply intrigued by this story, so we decided to take a deeper look.

According to a report from TMZ, sources close to Thompson claim the only time basketball player had sexual relations with that woman was during his 2011-2012 rookie season. Thompson allegedly confirmed that he’d had a one night stand with her, but his side insists he can’t be the father, because the timeline just doesn’t add up. The child is between 4 and 5 years old, which contradicts the timeline Thompson has put forth.

For her part, Kardashian is only threatening to sue because of the Instagram post the woman made, claiming Kardashian and her mother were the ones behind the initial negative test and the masterminds behind the choice of laboratories, which supposedly gives them an advantage when it comes to hiding unwanted or embarrassing test results.

The timeline does give Gossip Cop pause, especially given the age of the child in question and Thompson’s insistence that his encounter with the woman was a one-time instance between 2011-2012. Also, Thompson’s only two children are both with women that he was in a relationship with, which leads us to believe that he’s more careful in his more…casual pursuits. Still, stranger things have happened, so we’ll rate this story as mostly false, as there has yet to be any evidence that leads us to believe without a doubt that Thompson is not the father.

Thompson and Kardashian have been in the news a lot over the course of their relationship, break up, and co-parenting efforts. OK! claimed late last year that Kardashian would take Thompson back, if he gave her another baby. This was not the case, and Gossip Cop proved. Before that, NW claimed Kardashian was pregnant with her second child amidst Thompson’s cheating scandal with Jordyn Woods. Gossip Cop, and time, proved this rumor to be equally false.

The post Did Tristan Thompson Have A One-Night Stand Lovechild? appeared first on Gossip Cop.