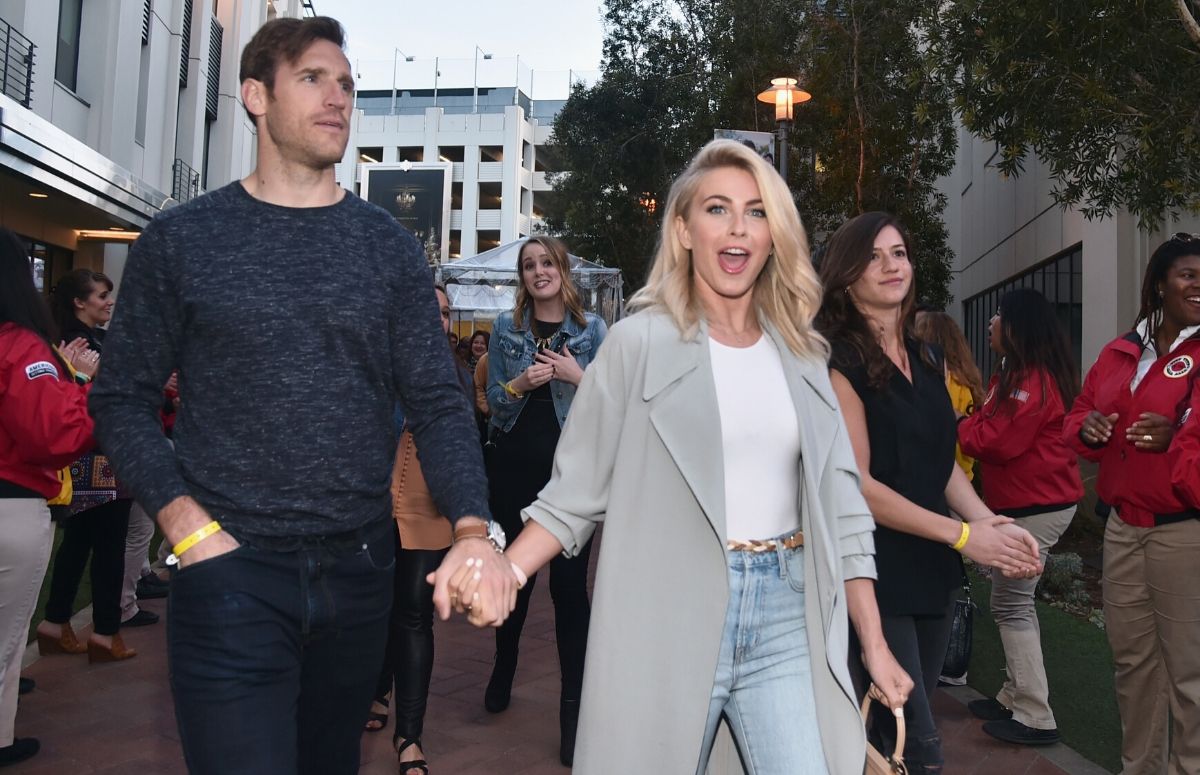 Did Julianne Hough step out with another man while quarantining separately from husband Brooks Laich? That’s the claim one tabloid made. Gossip Cop looked into the rumors and determined something different.

A recent issue of Star reported that Hough and Laich’s marriage was in peril after the fitness guru and dancer was spotted out walking with Westworld actor Ben Barnes. The fact that Hough and Laich had begun quarantining separately, with Hough in Southern California while Laich was stationed in Idaho, was another piece of evidence the disreputable outlet used to back up their outlandish claims.

Now, with the appearance of an apparent romantic rival, the tabloid wondered if “the troubled duo may finally have reached the breaking point. After all, the outlet points out, the couple’s “roller-coaster marriage” has already been “tested” by “infertility, failed IVF treatments and Julianne’s bombshell announcement last August that she’s ‘not straight.’”

A so-called “insider” spoke with the publication and claimed that it was Julianne Hough’s idea to “self-isolate far away from each other.” “She insisted it would be good for them to have some breathing space, but the fact is,” tattled the supposed insider, “they’ve never been a good fit. No matter how she tries to spin it, this doesn’t bode well.” Though Brooks Laich has tried to put on “a brave front” while isolating with his dog in Idaho, he’s “incredibly hurt,” snitched the source.

“Julianne has tried to reassure him that she and Ben are just friends, but Brooks feels humiliated by her brazen behavior and is questioning her honesty.” The alleged “pal” added, “Brooks desperately wants to make this marriage work, but Julianne is so wacky and unconventional that he can’t keep up with her no matter how hard he tries. They’re never on the same page.” Gossip Cop looked into these claims and found that it was all speculation without a hint of truth.

Julianne Hough and Brooks Laich have been isolating separately, yes, but not because of any marital troubles. Rather, Laich revealed that he had a home in Idaho that he visited maybe one week out of the year. “I bought this place in 2014, and I’ve never spent enough time here. I come here like, a week a year and it’s my dream property,” Laich explained. “So one, I wanted to spend more time here. Two, the place needed an overhaul, it really needed a cleaning … so I’ve really been able to manicure it and landscape it.” He also wanted the chance to let his dog run wild outside all day long.

Hough, on the other hand, was using the time alone to self-reflect, telling Oprah Magazine, “I’m really enjoying this time where I can really connect to what’s really important in my life and look forward to when we get out of this, who do I want to step into? Who do I want to arrive in this new world as?” Furthermore, People, which is a much more respectable outlet, quoted a source who told them Hough and Laich “are still together, but just not quarantined in the same place. Their relationship has always been like this, though — they like to do their own thing.” That sounds a lot more realistic, which is why Gossip Cop rated this story false.

This isn’t the first time a tabloid has tried to profit off of false rumors about Julianne Hough and her marriage. Gossip Cop busted Life & Style for claiming that Laich and Hough were having marital problems because she revealed she wasn’t straight. That couldn’t be further from the truth. Laich has been vocally supportive of his wife, and she’s praised him publicly for this fact. These tabloids really have no idea what’s going on in this couple’s life.