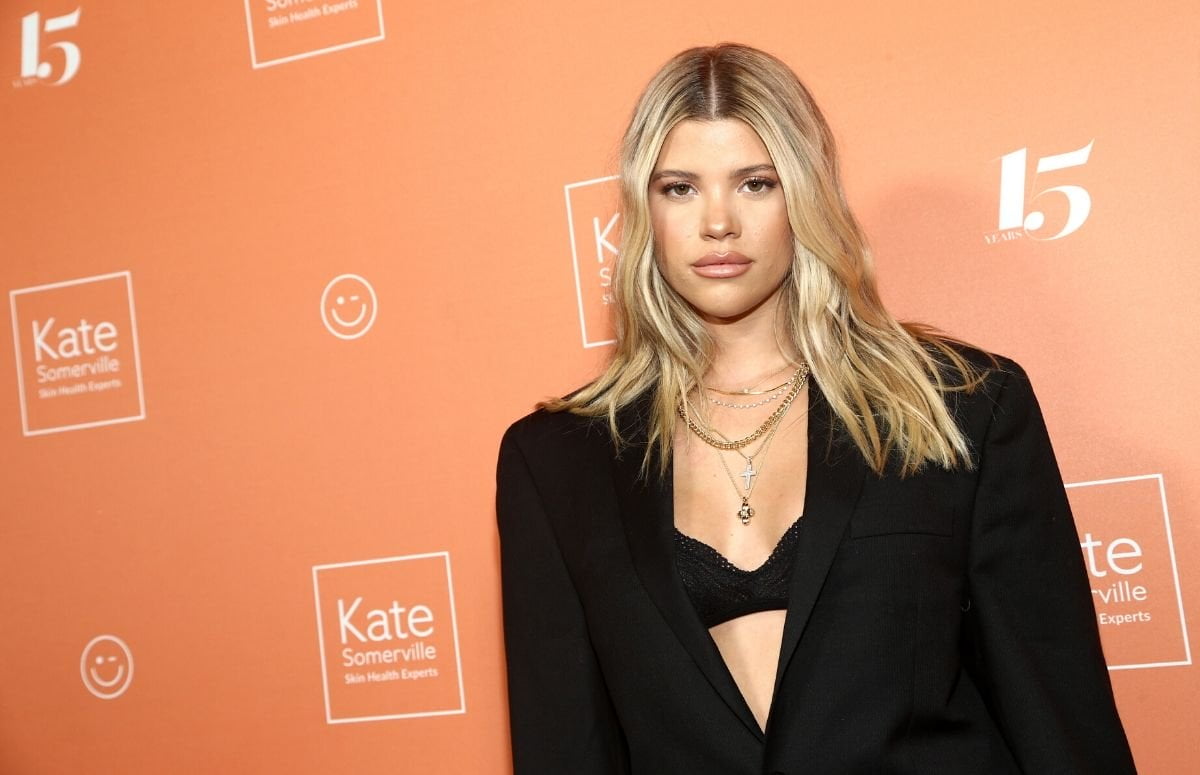 Did Sofia Richie plan to do a tell-all, revealing shameful secrets about the Kardashians? That was what one tabloid predicted would happen one year ago. Gossip Cop didn’t have the information needed to refute the story when we first encountered it, but time has revealed the truth.

A report from NW last year claimed that Sofia Richie was “lining up a brutal tell-all” in case her boyfriend, Scott Disick, dumped her for ex Kourtney Kardashian “or anyone else.” A suspicious “insider” told the outlet, “Sof didn’t sign a confidentiality contract, so she’s free to talk to whomever she wants — and that’s exactly what she’ll do if Scott makes a fool out of her.” Richie has apparently always had “this weapon up her sleeve,” but she never believed she’d actually had to use it. Now the model believed “the pulse in her relationship is gone,” so she was prepared to go through with it.

Though Richie supposedly had “so much dirt on Scott and the clan, it’s not even funny,” the details about that “dirt” were surprisingly vague. She apparently knew everything about their “partying habits, who they’ve secretly destroyed in Hollywood to get to the top, and the true extent of their surgery procedures.”

How did Sofia Richie possibly come to know all of this? “Scott can be incredibly loose-lipped, especially when he’s had a drink, and Sof’s soaked it all up like a sponge,” the so-called “insider” tattled. The Kardashian-Jenner family wouldn’t be Richie’s only target, of course. Since Richie apparently believed Disick would dump her, he would also be on the receiving end of her tell-all. “I’m sure she’ll address Scott’s ridiculous ego, the horrible way he treats women and all the backstabbing about the Kardashians,” the source proclaimed, adding “It’s amazing how two-faced Scott is to everyone in his life and Sof’s starting to realize what a snake he truly is.”

In order to keep track of all the supposed secrets, Richie kept a “private online journal where she’s written down all the scandals and crazy tea, just so she doesn’t forget any of the details.” Despite this mighty arsenal of secrets, however, Richie “hopes it won’t come to a full-on spill fest.” If it does, though, the dubious source believed the “most likely scenario will be a TV sit-down.” “The moment her fears are confirmed, she’ll sing like a canary,” the snitch concluded, “And it won’t be pretty.” None of this was ever true, so it’s not surprising that this “tell-all” never happened.

Though tabloids have been speculating for years that Scott Disick would eventually leave Sofia Richie for his ex, this has never happened. Richie and Disick appear to be continuing their relationship and two weeks ago, the couple was spotted out riding dirt bikes together on the beach. Since there’s no trouble in paradise, then there’s no need for Richie to write a scathing tell-all about her boyfriend and his ex’s family.

Gossip Cop also noted the unnatural language the so-called “insider” used when referring to Richie. Sometimes the source called her “Sofia,” at other times it was just “Sof.” Usually, a person will pick one name and stick to it when talking about someone they know. A fraud will try to slip in nicknames to try and prove they’re close, but it’s all fake. Besides, in the year since this article was published, Richie has yet to divulge any secrets about either Disick or the Kardashian-Jenner family in general.

This outlet’s track record on reporting about Richie and Disick also influenced our judgement. After all, NW was the same publication that Gossip Cop busted for claiming that Kourtney Kardashian, Disick, and Richie had secret threesomes. This was obviously false, which we easily proved. This outlet also claimed Kris Jenner was the mastermind behind the Disick, Kourtney, Richie love triangle. Gossip Cop didn’t even break a sweat proving that bogus claim wrong. Tabloids like this one are just not to be trusted.