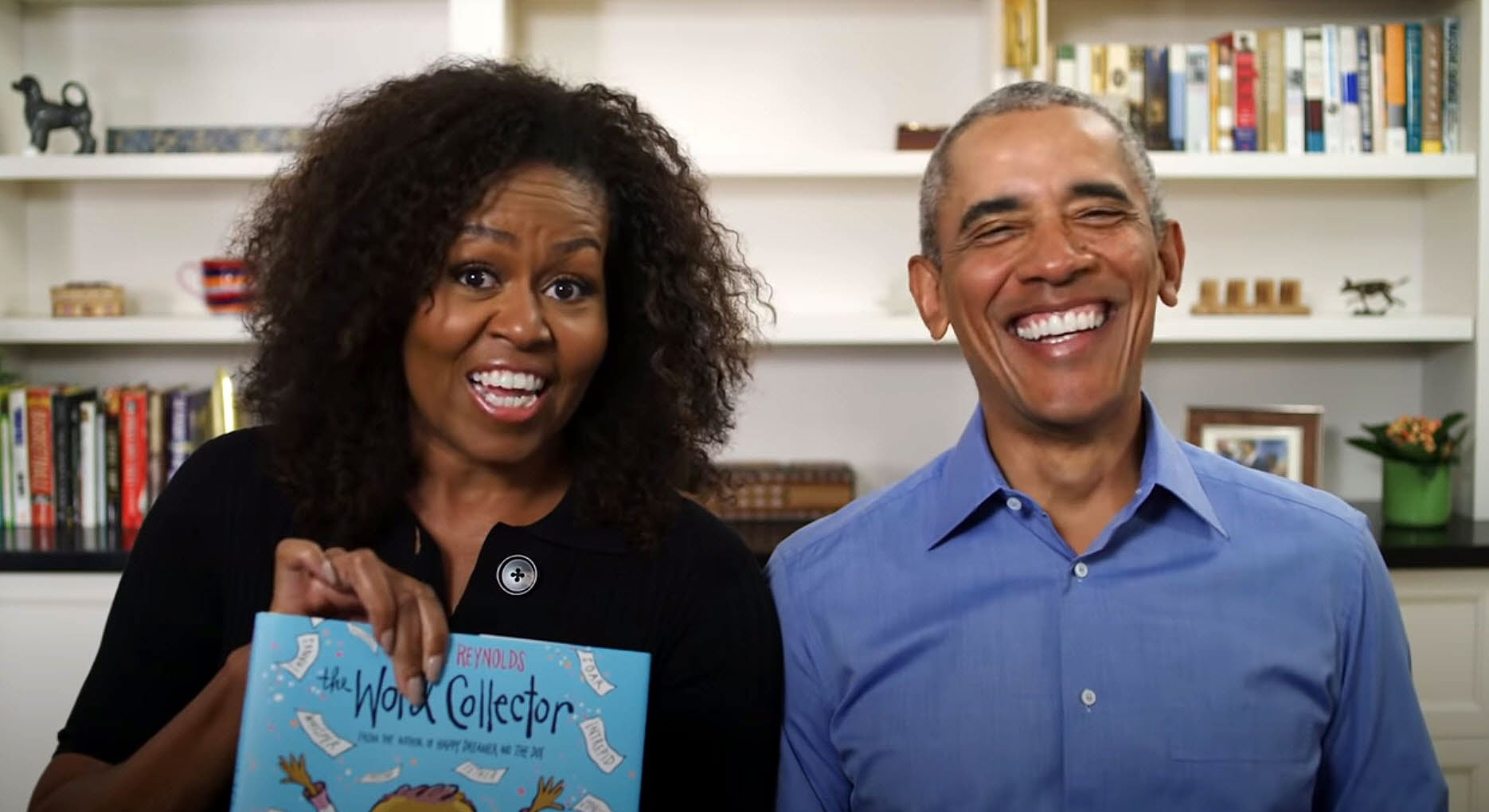 Reading romance! Michelle Obama and Barack Obama teamed up on Thursday, May 14, as guests on Chicago Public Library’s “Live from the Library” Storytime sessions.

The duo, who have been married 27 years, revealed that they are opening a new branch of the library because “public libraries are essential institutions,” according to the former president, 58.

“When it opens it will give families one more chance to explore their interests, learn and engage with their communities,” Barack said in the clip before he and his wife, 56, began reading The World Collector by Peter H. Reynolds.

“We chose this book because it illustrates the transformative power of words. I love words,” he added, to which the former first lady replied, “Ya, your favorite.”

As the lovebirds read the story aloud, they laughed and shared smiling glances with one another. At one point, Barack did his best dinosaur impression as the mother of two spoke about a Tyrannosaurus Rex.

“That was beautiful,” the Becoming author said once the two had finished the story.

She then pointed to her husband and acknowledged that “he’s the word guy” before revealing that he closely resembles the main character, Jerome, in the book.

Female Politicians Who Are Turning the World into a Better Place

“He looks kind of like Jerome, too. They have the same ears,” Michelle joked.

“Mine are a little bigger than Jerome’s,” Barack quipped, to which Michelle replied, “A lot bigger!”

The couple, who share daughters Malia, 21, and Sasha, 18, have been spending a lot of quality time together amid the coronavirus pandemic.

In March, Michelle told Ellen DeGeneres that the pair’s daughters had returned home from college and are finishing out the year online. In between their respective classes, however, the family is still making time for each other.

Presidential Children Through the Years

“It’s forced us to continue to sit down with each other, have real conversations, really ask questions and figure out how to keep ourselves occupied without just TV or computers,” the Chicago native said on March 23. “It’s a good exercise in reminding us that we just don’t need a lot of the stuff that we have. When times are bad, having each other, having your health … we can do with a lot less, and I think that’s an important lesson that I want my kids to understand.”