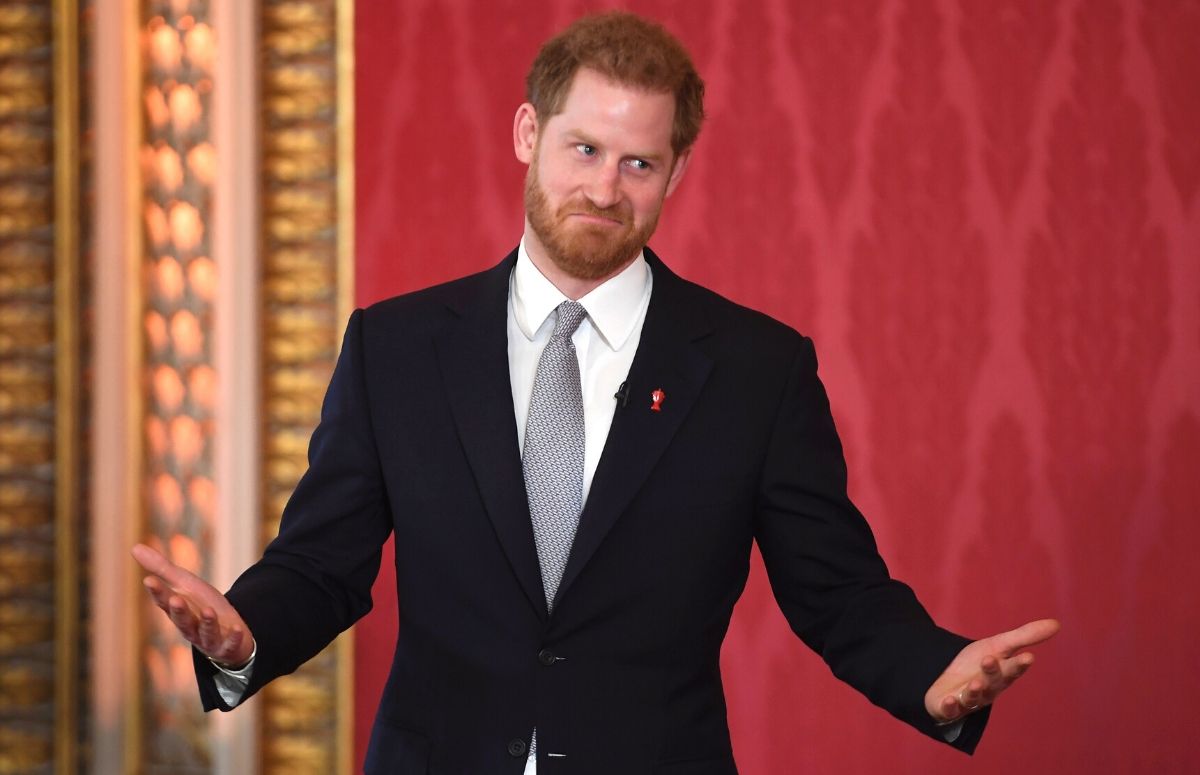 Did Prince Harry name his “real dad” as his son’s godfather? That’s the claim one tabloid made a year ago. Gossip Cop checked out the facts and can set the record straight.

“Harry Names Real Dad As Baby’s Godfather!” screamed the headline from the National Enquirer. The disreputable outlet claimed the Duke of Sussex’s real father wasn’t Prince Charles, but in fact, the red-haired royal was actually the son of a man named Mark Dyer. Dyer has long been a mentor to Prince Harry and is believed to be godfather to Prince Harry’s son, Archie, but that’s where the truth ends.

A “senior aide” supposedly told the publication that the “hotheaded” Prince Harry “might as well have tossed a bomb into Buckingham Palace — the choice is so explosive!” “The royals have done everything they can to make the world believe Prince Charles is Harry’s dad, even though the two look nothing alike,” continued the dubious tipster. The outlet claimed the royal family is “rife with secrets,” but the truth about Prince Harry’s paternity was allegedly “the biggest cover-up of all!”

Despite the alleged secrecy of this scandalous fact, Prince Charles himself was supposedly seen confronting Prince Harry about his paternity, where he revealed that he also believed Dyer is the Duke of Sussex’s true father. “Charles made his sensational claim during a recent confrontation with Harry, where he confessed, ‘I am not your father!’ and raged, ‘You’re not one of us. You don’t have a drop of my royal blood!’” a “palace insider” tattled. Prince Charles also allegedly threatened to disown Prince Harry and “strip him and ‘his commoner wife’ of their royal titles’ before the birth of their son.

Though the dubious article claims Dyer and Prince Harry “look more like father and son than Harry and Charles ever will,” there’s photographic evidence to contradict it. An old photo of Prince Charles sporting a beard made the resemblance between father and son all the more striking. Prince Harry also bears a strong resemblance to his grandfather, Prince Philip. An old photo reveals that Prince Philip, now 98-years-old, once had a jaunty ginger beard himself.

The claims inside this article weren’t backed up by a single fact. There’s no proof whatsoever that Princess Diana had an affair with Mark Dyer. The only physical similarity between Prince Harry and Dyer is that they both have red hair. Prince Harry’s fiery locks have long been an excuse tabloids have used to question his paternity, but in reality, red hair is common in Prince Harry’s family…on his mother’s side. His maternal grandfather, John Spencer, had red hair, as well as his uncle, Charles Spencer. Lady Spencer, his aunt, also has red hair.

The National Enquirer has a terrible track record when it comes to reporting on the royal family, particularly Prince Harry and his paternity. Gossip Cop debunked the outlet in 2018 for claiming Dyer was Prince Harry’s father. As we’ve proven this is just not the case. Questioning Prince Harry’s parentage became such a common trope in the tabloids, These outlets truly have no idea what they’re writing about, though they’ll continue to pretend as if they do.