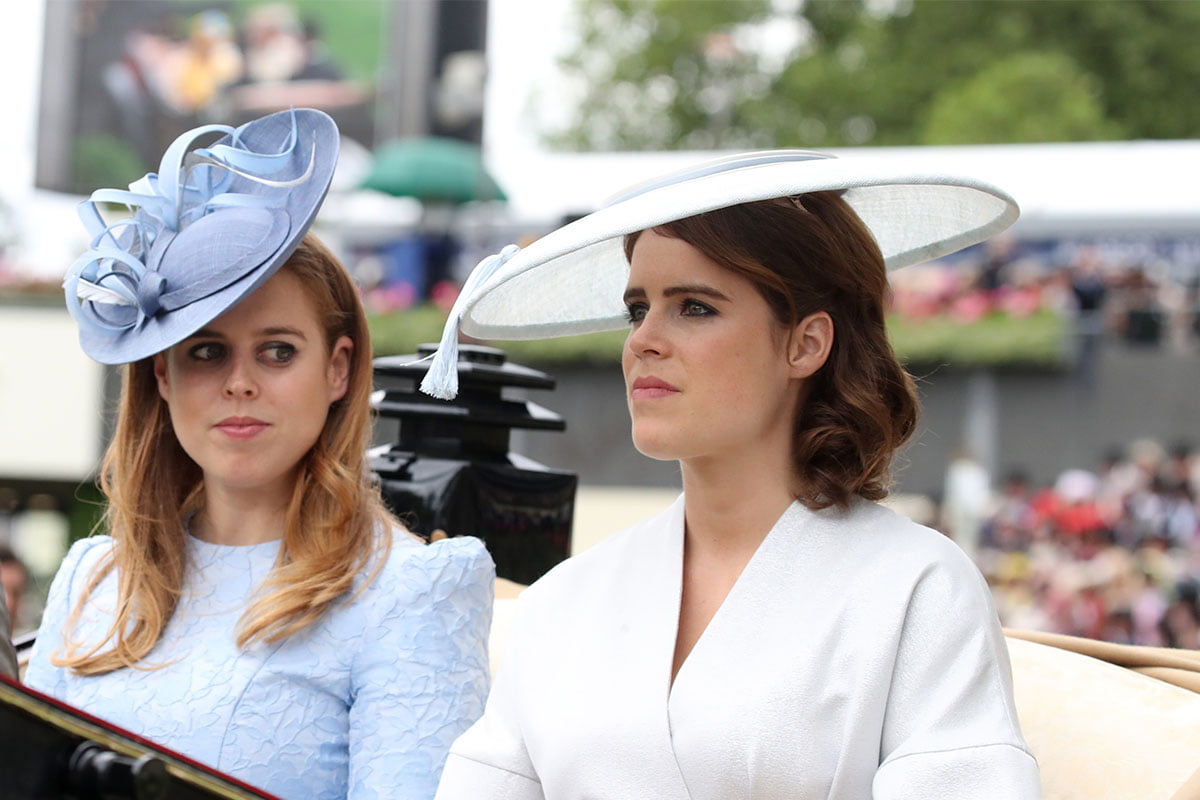 Princess Beatrice and Princess Eugenie are not getting kicked out of their “royal digs” as one tabloid is claiming this week. The report is false. Gossip Cop can explain.

Princess Beatrice and Princess Eugenie may be “minor” members of the royal family, but they command major attention in the tabloid media. The latest report by Woman’s Day is alleging that the two are about to be evicted from their homes because “royal palaces are running at a huge loss while they’re closed to the public in the peak UK tourists season.” The phony story reports the palaces are “hemorrhaging hundreds of millions of pounds in entry fees and merchandise takings and fringe royals are especially concerned that their luxurious lifestyles will fall victim.”

The tabloid’s dubious source goes on to say, “Beatrice’s main fear is that since they’re not core parts of the family and are only partially funded, they’ll have to move into the Lodge at Windsor with their parents if they want to continue living in a royal residence.” This “source” takes a final shot, saying, “It’s all a bit ‘poor me’ — obviously — but don’t forget palace life in London is all she knows.”

Okay, so there are a few things to explain here. The tabloid is indeed correct on one thing. The princesses are not senior royal family members. Those positions are only held by the children of the queen and the children and grandchildren of the heir-apparent, Prince Charles. As the children of Queen Elizabeth’s third oldest, Prince Andrew, Princess Beatrice and Princess Eugenie are not a part of that elite branch of The Firm.

The tabloid is also probably correct in its assessment that the royal family is losing out a ton of income due to the pandemic. They make a lot of money on tourists visiting Buckingham Palace and other royal palaces and castles, like Windsor Castle. All that said, it makes no sense that Princess Beatrice and Princess Eugenie would be evicted from their homes. The family isn’t losing that much money. They are in fact still very rich. Without getting into too much detail about the royal family’s complicated finances, it’s safe to say that while there could be some belt-tightening, they aren’t going to start selling off assets, which would be the only reason Princess Beatrice or Princess Eugenie would be evicted.

Additionally, why would the tabloid single out these two members? Princess Alexandra, the queen’s cousin, also lives at St. James and she’s not mentioned. Another cousin of Queen Elizabeth, Prince Richard, and his wife, also live Kensington Palace along with Princess Eugenie. As does fellow cousin Prince Edward (not to be confused with the queen’s youngest son, Prince Edward). None of those royals were mentioned in the article. Why? Because those royals don’t sell magazines like stories about Prince Andrew’s daughters.

There are dozens of “minor” royals that live in royal housing, yet none are mentioned at all in the tabloid’s story. The truth is that that’s because none are at risk of being evicted or even moving. The entire narrative is phony. The fact is Woman’s Day is often caught making up stories about the royal family and their living arrangements.

Late last year, the tabloid alleged that Prince Harry and Meghan Markle were planning to move to Africa. The tabloid invented that tall tale after the Duke and Duchess had recently returned from a tour of the continent, making big news with some controversial statements about life as a royal. Though that might have played a part in their decision to quit as senior members of the family, they didn’t move to Africa. They ultimately moved to Los Angeles.

In January, the very same tabloid claimed that Prince Charles had “banished” Prince Harry and Meghan Markle from the family. That’s something he has no power to do, as Gossip Cop explained when we debunked the bogus article. The tabloid simply has no insight into the royal family at all, from Princess Beatrice to the Duchess of Sussex.