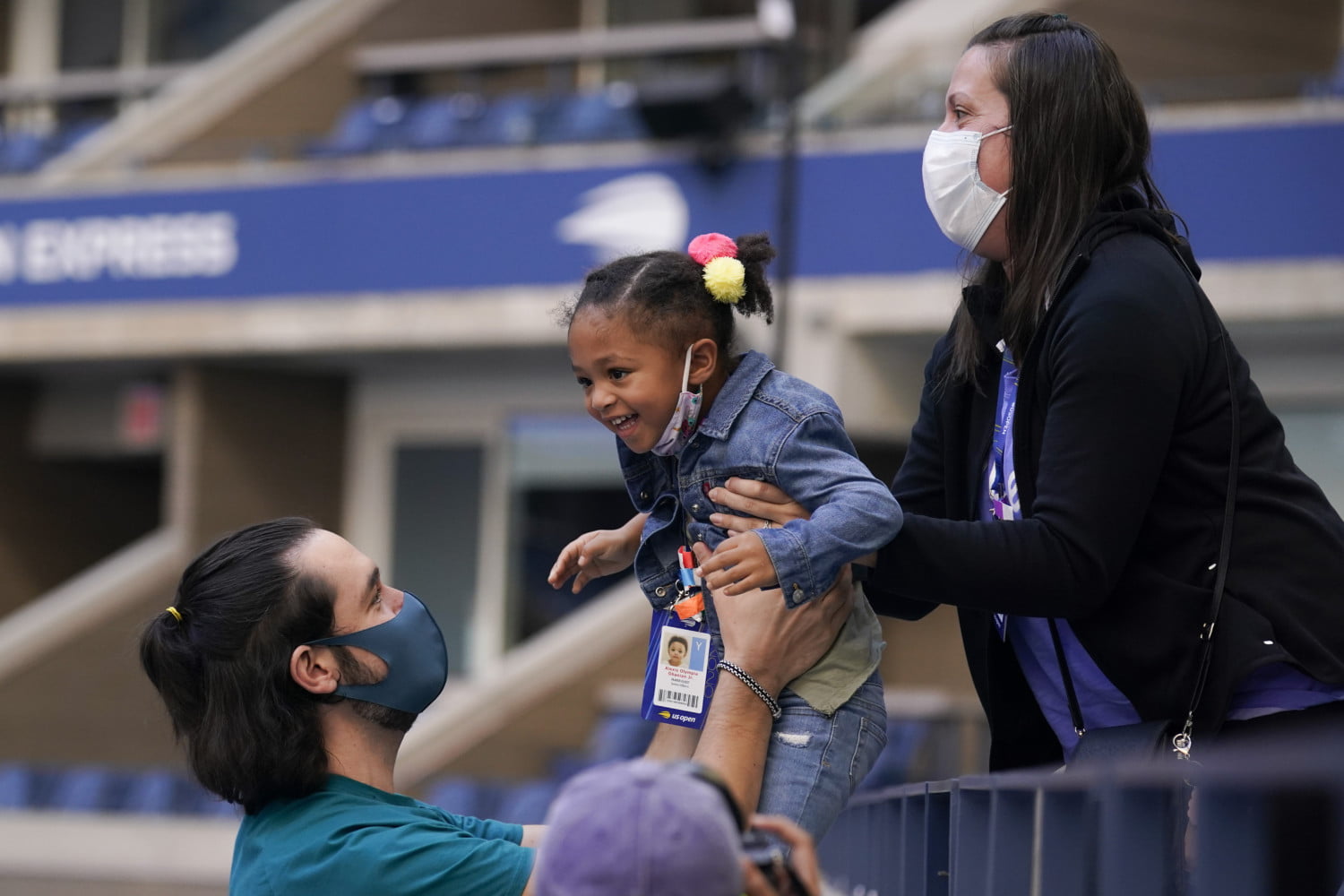 There may not have been a crowd at Serena Williams’ match against Sloane Stephens during the 2020 U.S. Open on Sept. 5, but the tennis pro had the only cheerleaders she needed — her husband Alexis Ohanian and their daughter Olympia, age 3.

The coronavirus pandemic is currently preventing spectators at professional sporting events, but Ohanian and Olympia were allowed into the stands to show their support for Williams. This led to a super-cute mom-daughter moment, when Olympia spotted Williams on the court.

In a video clip of the exchange, which has gone viral, the toddler points and waves to her mom on the court and exclaims, “Mama!” Williams can’t contain her excitement as she waves back.

“This moment is so pure,” ESPNW captioned the video on Twitter.

This moment is so pure 🥺❤️ pic.twitter.com/hVusf6Wknn

“Well, I forgot she was coming out, so I hope that she saw her mama fighting,” Williams told reporters during an on-court interview. “I don’t think she was paying attention, between you and me. She may have been playing with some princesses upstairs.”

Williams also told reporters what it’s like to be a mom competing in the tournament.

“I’m so happy that there are so many moms in the event, obviously, because I’m one,” Williams said. “I have a totally new respect for moms.”

Olympia may have been a lucky charm; Williams triumphed over Stephens 2-6, 6-2, 6-2, securing her place in the fourth round of the U.S. Open.

If Williams goes on to win the title, it will be her 24th Grand Slam. She’d then be tied for the record with the Australian Margaret Court, the former World No. 1 who played during the early 1970s.

The U.S. Open 2020, which kicked off on Aug. 31 in New York City, is the first Grand Slam event since the outbreak of COVID-19. As well as banning live spectators (cute daughters notwithstanding), safety measures include limited social contact among the players and their entourages, and regular COVID-19 testing for athletes.