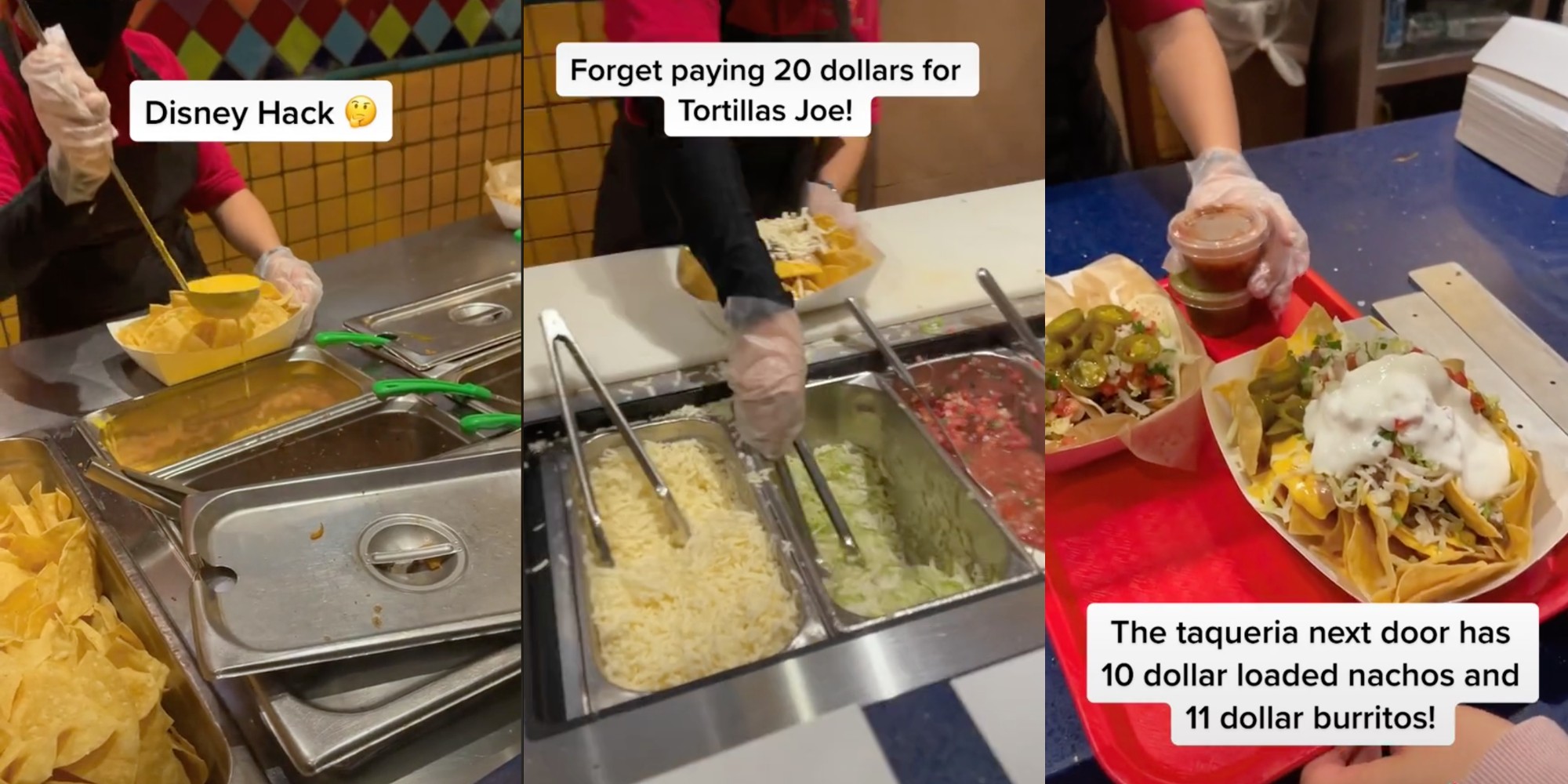 TikToker Thomas, or @nomwiththomas, shared a Disney “hack” for getting cheap food at Disneyland that went viral, receiving over two million views.

The taqueria next door to the restaurant offers $10 loaded nachos and $11 burritos, Thomas said.

Some folks on TikTok say that’s still too much to pay for a burrito, calling Disney food “overpriced” and a “money pit.”

“Or you could not go to Disney and get that food for 5 bucks,” one user commented on the video.

“11 dollars?!!!! Bruh my taqueria got 8 dollar burritos and 6 dollar tortas,” another said.

Some viewers were more appreciative, saying they were excited to try the “hack.”

Another commented, “Yeah that place is actually pretty legit.”

Several users wondered which Disney theme park the taqueria was at, and Thomas clarified that it was located at Disneyland in California.