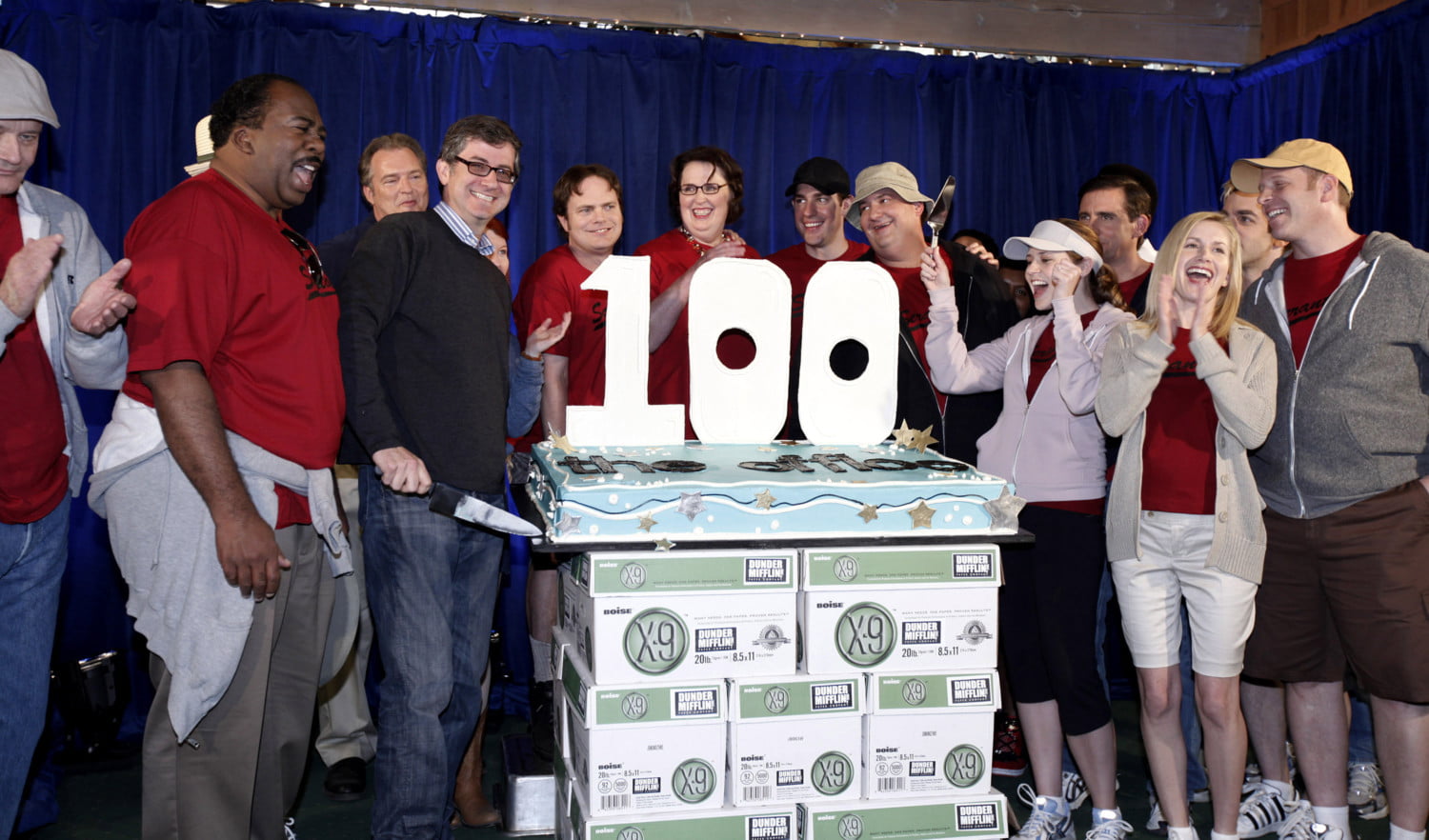 Fans clamoring for a reunion of “The Office” got their wish, sort of — thanks to COVID-19.

That’s due to cast member John Krasinski, who has been spreading the joy on his “Some Good News” weekly web show during the pandemic. There’s been a virtual “Hamilton” cast performance, virtual prom, virtual graduation, and now a virtual wedding.

It all started when Krasinski, who played Jim Halpert on the long-running NBC show “The Office,” received a tweet from fan John Lush about how he proposed to his fiancee Susan Hedrick at a gas station, just like Jim’s proposal to Pam (played by Jenna Fischer) on the show.

One year ago, I made the best decision of my life when I proposed to ⁦@Ilovechilidogs⁩
We had to postpone our wedding in June due to Covid19 but I have ⁦@somegoodnews⁩
We are on for May 29th, 2021! Can you make it? ⁦@johnkrasinski⁩ ⁦@jennafischer⁩ pic.twitter.com/6Xy3APdwxc

Krasinski loved the recreated proposal so much that he brought the Maryland couple on for his May 10 “SGN” episode and surprised them with an instant wedding. Krasinski announced he’d been ordained online and zoomed in the pair’s parents, bridesmaid and groomsman, and Fischer as Susan’s maid of honor.

After the virtual vows and a performance from country musician Zac Brown, Krasinski upped the ante as most of “The Office” cast popped up onscreen and proceeded to recreate their characters’ dances down the aisle during Jim and Pam’s 2009 TV wedding.

Flannery, who played Meredith, even used an original prop wedding program (below) from “The Office” episode and had booze in keeping with the spirit of her character’s personality.

We were so excited to witness the return of this epic prop from @theofficenbc on #SGN! Did you catch it?

Meredith, you never disappoint (well…maybe you do but not in this case) https://t.co/RnBHYWkR9M

Watch the whole thing below.

“Thank you so much for being part of this,” Krasinski told the shocked newlyweds as he ended the segment. “You’re not only good sports and a beautiful couple, but you represent all the other beautiful couples in the world who are going through the exact same thing,”

This is was definitely a wedding the newly-married couple will never forget! And the cast seemed equally excited.

“This was so much fun! Thanks for letting me crash your wedding @CoachJLush and @Ilovechilidogs (John and Susan)…and thanks @johnkrasinski for bringing #TheOffice gang back together to celebrate!” Fischer tweeted about the “SGN” episode.

This was so much fun! Thanks for letting me crash your wedding @CoachJLush and @Ilovechilidogs (John and Susan)…and thanks @johnkrasinski for bringing #TheOffice gang back together to celebrate! https://t.co/TmgRMIlFgu

Krasinski has also reunited on “SGN” with castmate Steve Carrell for “The Office’s” 15th anniversary. But we’re not sure how he’ll top “The Office” pandemic wedding reunion. In Krasinski’s own words, “How does it get better than that?!”