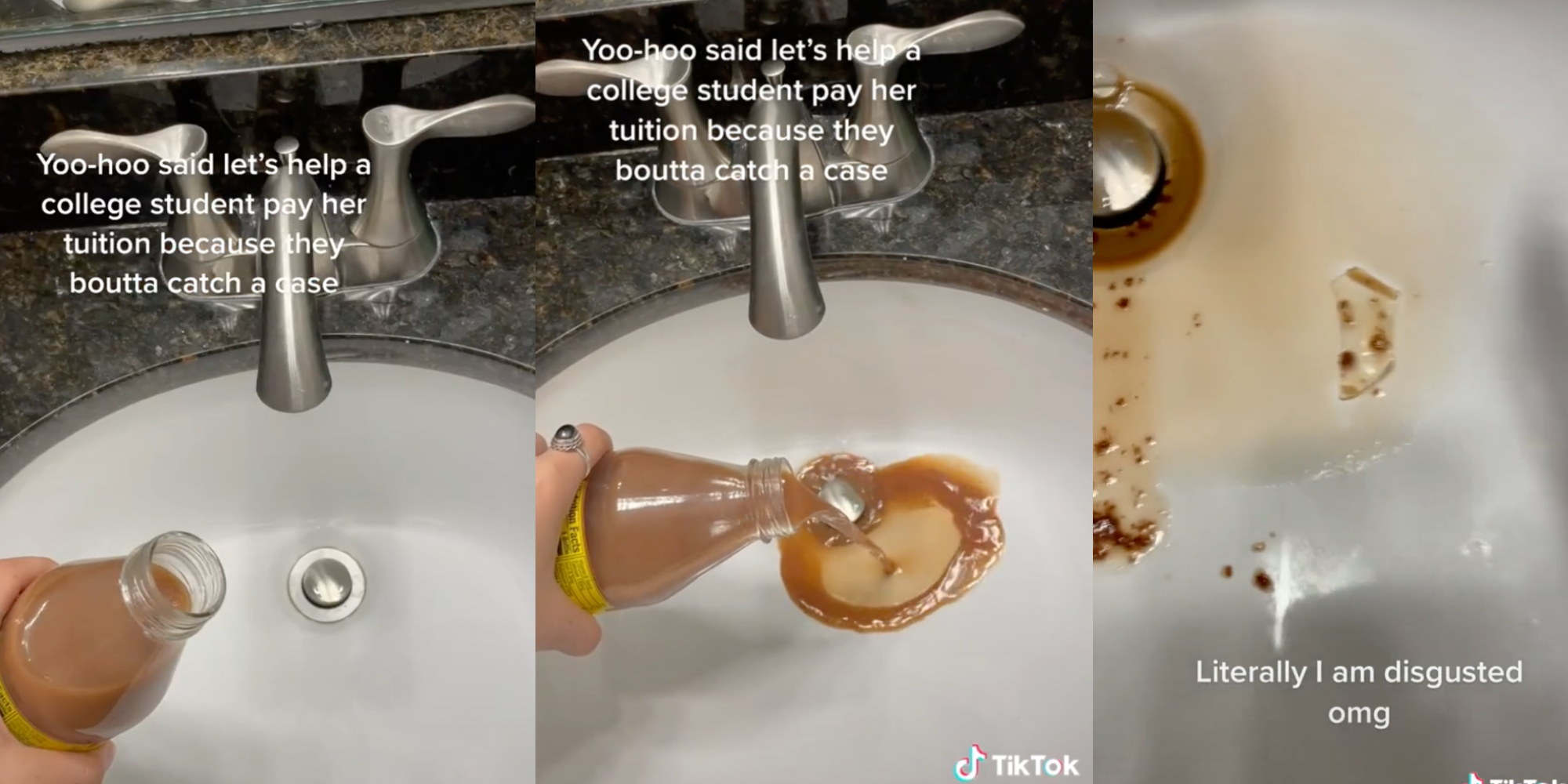 In the clip, the user, @_nathaliaisme_, proceeds to pour the contents of a Yoo-hoo chocolate milk down the drain; at first, the milk looks normal but then a large glass shard and brown specks fall out.

I feel this needed to be shared. #fyp #aseriseofunforturenteevents #yoohoo

“Yoo-hoo said let’s help a college student pay her tuition because they boutta catch a case,” she captioned the video. “Literally I am disgusted omg.”

Commenters were similarly grossed out.

“GIRL U BETTER SUE THEM FOR EVERYTHING THEY GOT,” one user wrote.

“The way I down yoohoo I would have never seen that and died on the spot,” another wrote.

“I love yoohoo too, now I’m going to have to check it [every time] thanks,” said a third.

In a follow-up video, @_nathaliaisme_ claims she bought the bottle at a gas station.

She also says that a Yoo-hoo spokesperson reached out to her on Twitter and a representative for the company offered to send her coupons for the inconvenience.

For people who have been asking what happened #fyp #yoohoo @drpepper

“They had me send videos and pictures that I took,” she said. “I’m just waiting for them to get back to me.”

The Daily Dot reached out to Yoo-hoo for comment.

The post ‘They boutta catch a case’: TikToker claims she found glass shard in Yoo-hoo bottle appeared first on The Daily Dot.