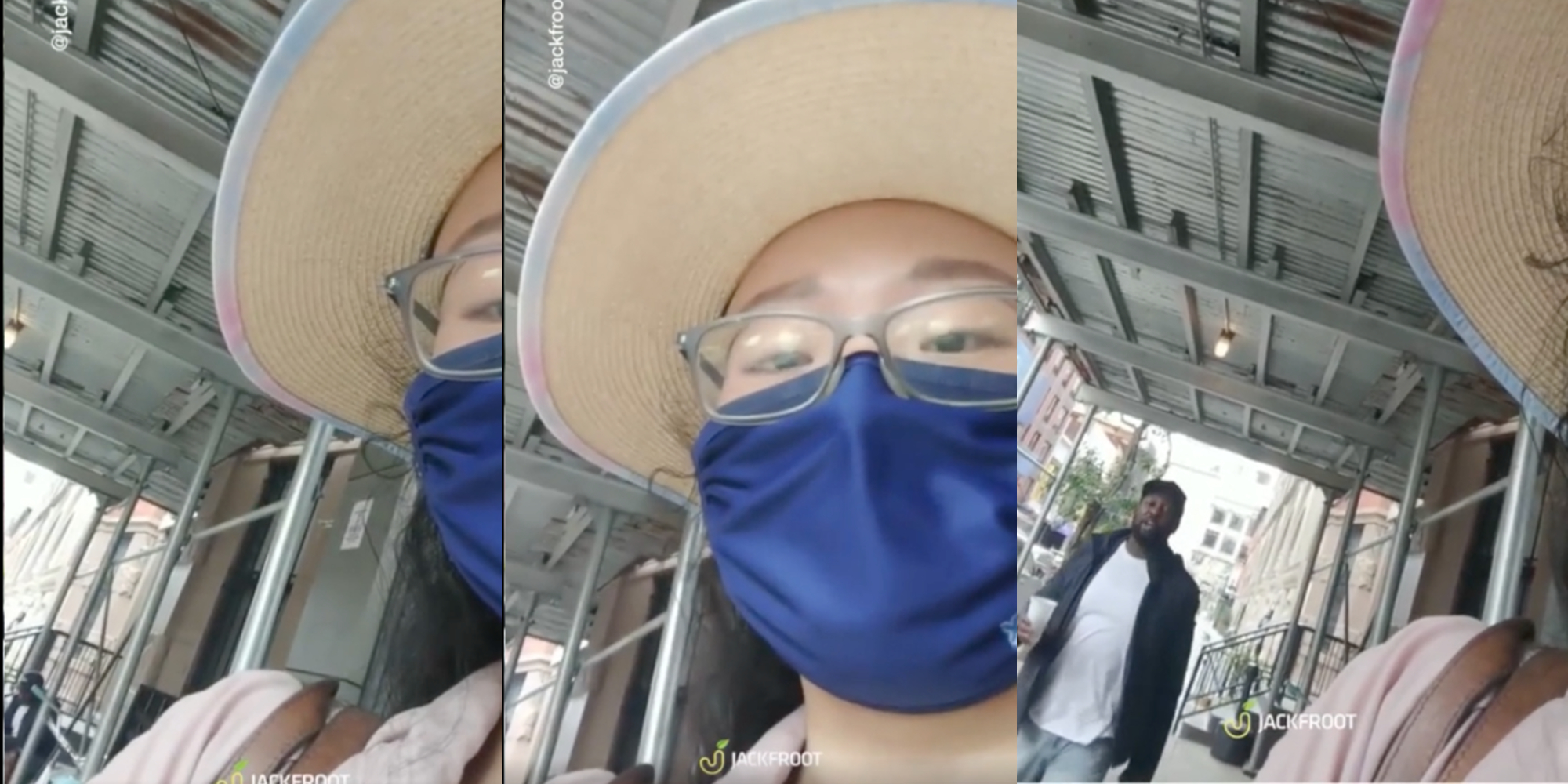 An Asian woman was sitting at a subway station in Brooklyn when a man approached her and began verbally harassing her.

The woman recorded a video of the incident. In the video, the man can be heard going on a racist rant and yelling curse words at the woman when she did not respond to his advances.

In the 24-second clip, the man says, “An Asian comes to my country and don’t want to acknowledge the Black man.”

The man ended his rant by calling the woman a “b*tch.”

The woman, who is wearing a face mask, looks into the camera and shakes her head.

Since the start of the coronavirus pandemic, the Asian American community has experienced a surge of attacks and harassment. According to the New York Times, New York City had the largest increase in reported hate crimes against Asians in 2020.

A deputy inspector at the New York Police Department’s Asian Hate Crimes Task Force also told the Times that “Asian-Americans are often reluctant to report crime because of language barriers or worries over having their immigration status questioned.”

The post Man verbally harasses Asian woman because she didn’t ‘acknowledge’ him appeared first on The Daily Dot.