Truth About David Beckham Flirting With Other Women 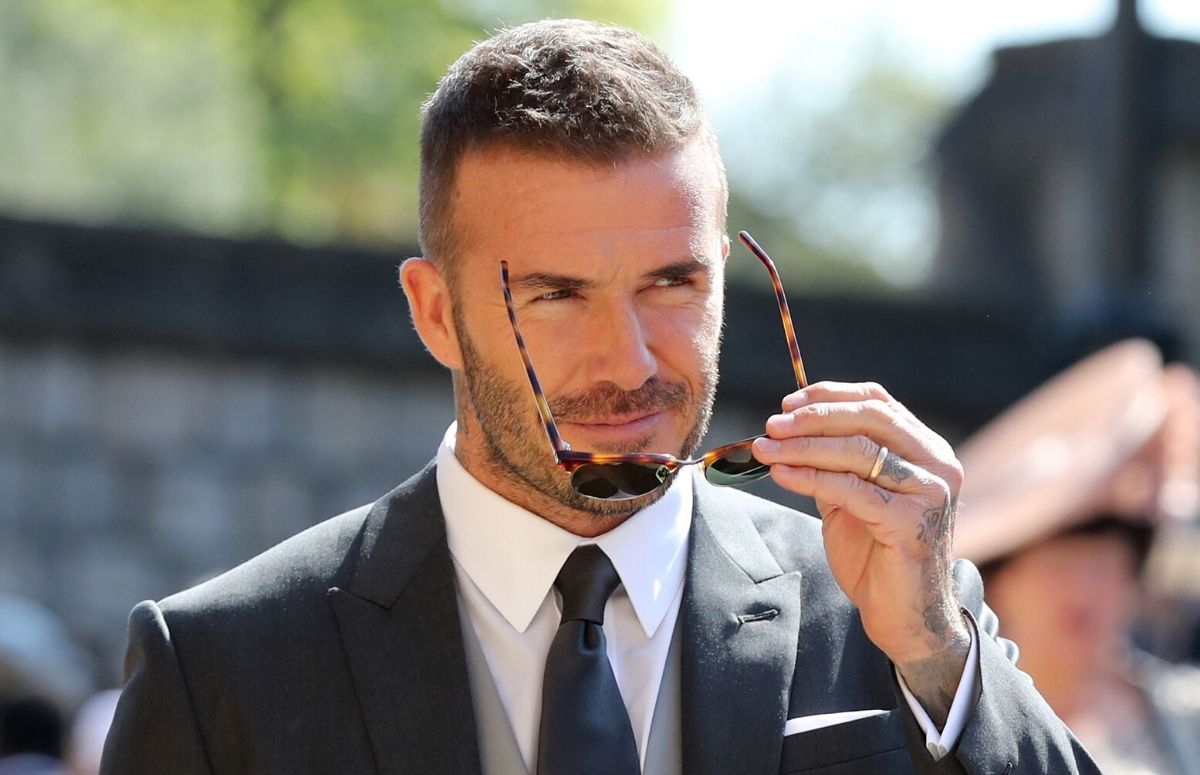 If you believe everything you read in the tabloids, you’d think David and Victoria Beckham are constantly on the verge of breaking up due to David’s constant flirtations with other woman. None of these rumors are true, however. Here are five times Gossip Cop has debunked the phony claim.

In March of 2018, NW wrote that the Beckhams had their “biggest fight ever” over David’s “wandering eye.” The tabloid alleged that the couple were seen having an argument about it in New York City, despite not having any evidence to back that claim up. A supposed insider told the tabloid that the fight arose after David was “all over” the female models at the launch of his company, House 99. “They’re not the same people they were when they first got together,” the source said, adding that their relationship would get “awkward and tense quite quickly” nowadays. Gossip Cop, on the other hand, was told by a trusted source that the story was nothing more than “tabloid nonsense.”

The following month, OK! claimed that the Beckhams were splitting over Bella Hadid, with whom David had been spotted talking to at a soccer game in Paris a few weeks earlier. “Seeing a gorgeous young model chatting up her husband is just rubbing salt in her wounds,” a suspicious source said of Victoria, adding that she and David had been “growing apart” and “living separate lives” for a long time. The story was obviously making a mountain out of a molehill: David was just making conversation with Hadid. Gossip Cop checked in with a spokesperson for the Beckhams, who confirmed that the couple’s marriage was not falling apart.

That November, NW updated its narrative to claim that Victoria was leaving David because of  Courteney Cox. The soccer star had taken a selfie with Cox in a hot tub with her while they were filming cameo appearances for Modern Family. Victoria was reportedly “livid” over the “hot tub frolic,” according to the tabloid, which also suggested that “this fight” could “be the final straw.” Gossip Cop dismissed the story: Cox and David were filming a scene in a hot tub, they weren’t just hanging out in one together. In picture that David posted to Instagram of himself and Cox, Victoria commented that she “[couldn’t] wait” to watch the episode. Once again, the drama was one hundred percent made up.

A year later, NW was back yet again with another phony story. This time, the tabloid insisted that Angelina Jolie had been harboring a secret crush on David Beckham for years and had been sending him secret texts about teaming up together for a project. The tabloid went on to suggest that Victoria wouldn’t take kindly to the actress texting her husband, “given Ange’s ‘man-eater’ reputation.” Gossip Cop once again reached out to a spokesperson for David and Victoria, who assured us the story was nonsense. Jolie had not reached out to David in any capacity.

Last but not least, Gossip Cop debunked a ridiculous report from Woman’s Day in December 2019 about Victoria leaving David over his supposed flirtations with Emilia Clarke. David had met the Game of Thrones actress at a concert and had subsequently posted a photo of the two of them together to his Instagram. It seems David Beckham can’t be photographed next to any woman without the tabloids making a big deal about it. Even though all evidence points to a happy marriage for David and Victoria Beckham, it seems the tabloids will never give up this narrative.

The post Truth About David Beckham Flirting With Other Women appeared first on Gossip Cop.