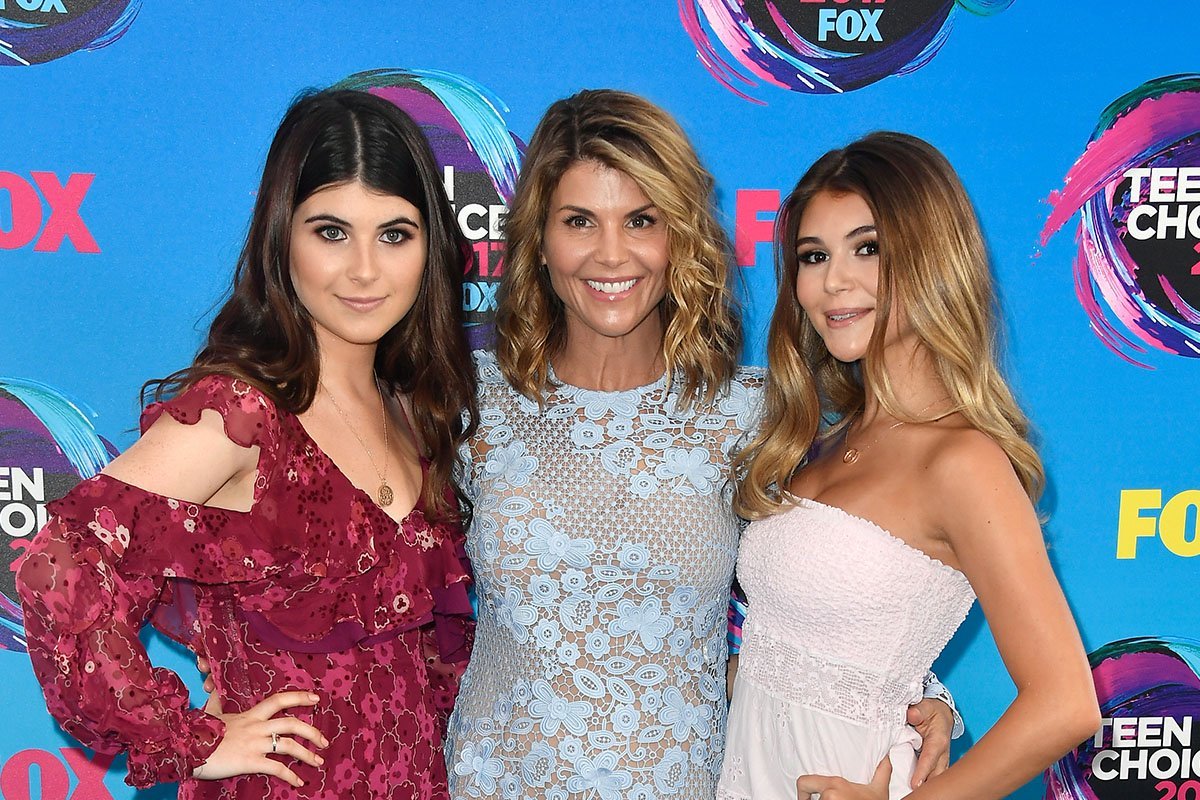 Amid last year’s college admissions bribery scandal, actress Lori Loughlin and her husband Mossimo Giannulli have been accused of committing bribery and money laundering to secure their two daughters’ entrance into the University of Southern California.

Since then, Loughlin has been the target of a continued onslaught of bogus tabloid gossip about everything from her family situation to her hypothetical prison time. Here are some of the latest false rumors Gossip Cop has debunked about the actress’s relationship with her daughters Olivia Jade and Isabella Giannulli.

Shortly After Loughlin was hit with their initial charges in October 2019, Star published an article alleging that her daughters were planning to testify against their mother as a way to “get revenge” against her. The scandal had “irreparably damaged [Loughlin’s] relationship with her daughters,” the tabloid wrote. The story simply wasn’t true: on Loughlin’s birthday, both Olivia Jade and Isabella had posted loving messages on social media. People, a far more reliable celebrity news outlet, reported that the actress’ daughters would be “the first ones to visit her if she does have to spend time in jail.” Additionally, Gossip Cop checked in with a source close to the family, who told us the article was made up.

At the end of the year, Globe came in with a silly story about how Loughlin had supposedly asked John Stamos to look after her daughters while she was in prison. A dubious “source” alleged that Loughlin had asked her Full House co-star to “watch over them and oversee their monthly allowance.” The story was absurd: not only did Gossip Cop‘s trusted source tell us the claim was false, but Loughlin hadn’t even been sentenced to prison time yet, and still hasn’t. Furthermore, Olivia Jade and Isabella are both legal adults. It’s bizarre to think they would need Stamos to step in and give them an allowance, purely on the reasoning that he played their mother’s husband on television.

In March, Star was back with another phony claim, this time that Loughlin was “furious” with Olivia Jade for posting to Instagram amid the leadup to her court case. “She’s flaunting herself like she doesn’t have a care in the world, and Lori’s furious,” another shady “insider” told the tabloid. In reality, Olivia Jade, who is a YouTuber and social media influencer, had shared just some innocuous selfies that had nothing to do with her parents’ court case. It was a total non-story. “Lori is close with both of her daughters,” Gossip Cop’s source told us. “There is no animosity.”

Later that month the National Enquirer joined in the game with an article about how Loughlin had “muzzled” her daughters in preparation for the trial. A questionable source told the publication that Loughlin ordered her daughters to “keep your mouths shut and your noses clean!” However, the “insider” added, the girls “don’t seem to understand or care how dire their parents’ situation is.” In particular, the source stated that Olivia Jade had been a “legal wrecking ball,” had gone “rogue on her parents,” and returned to social media. But, as Gossip Cop soon learned, this was completely untrue: Olivia Jade had only posted a couple of videos in the wake of the scandal, one saying she wouldn’t discuss the legal situation and another about applying makeup. Not exactly the destructive force the tabloid was making her out to be.

The post Truth About Lori Loughlin’s Relationship With Her Daughters Amidst College Admissions Scandal appeared first on Gossip Cop.