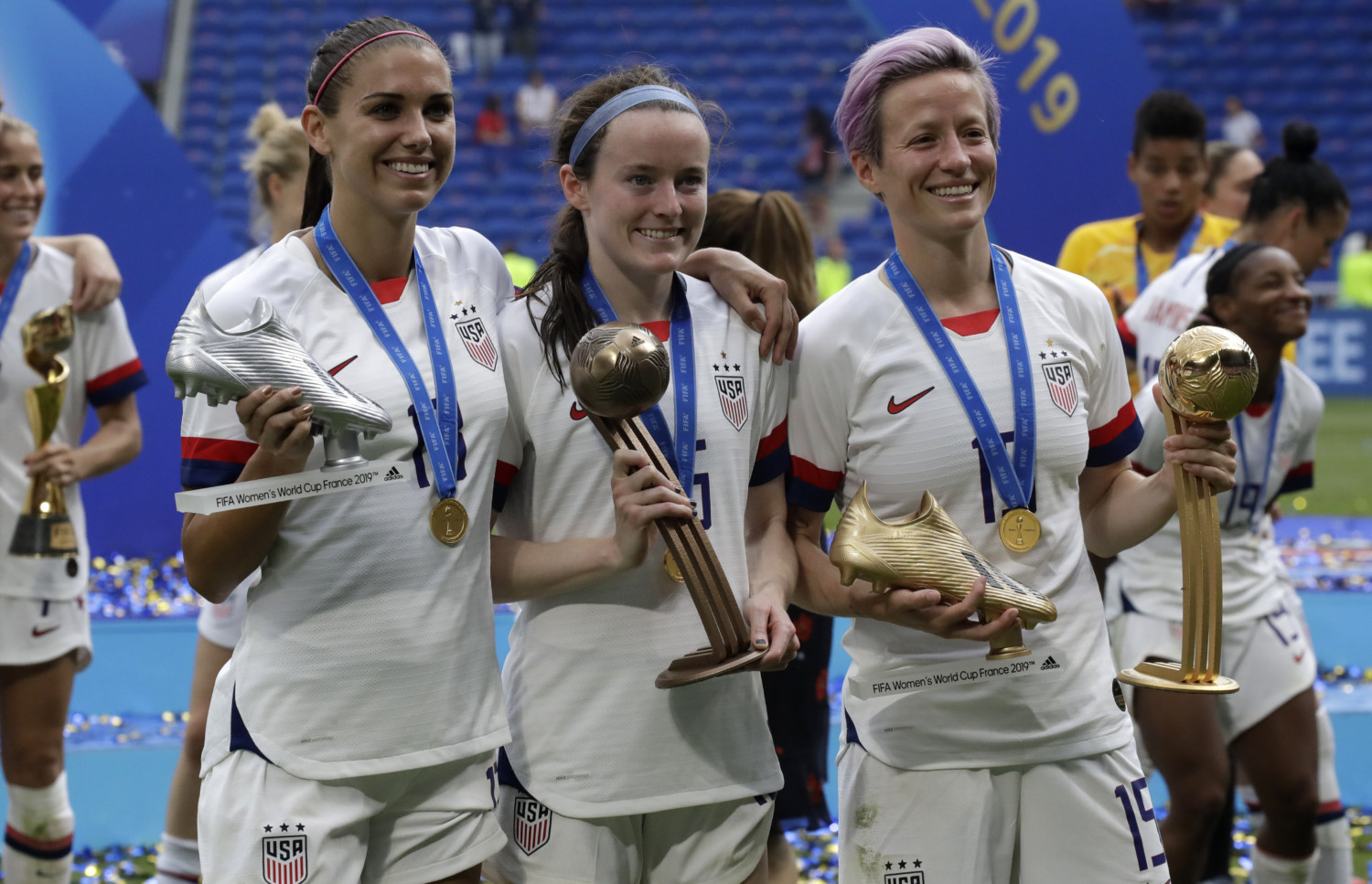 When the Tokyo Olympics open on July 23, roughly 600 Americans are expected to compete. No matter which of those hundreds of athletes you look into, you’ll find a story of determination and dedication that has led them to the biggest sports stage the world offers. But of all the members of the U.S. Olympic Team, there are a few that you’ll definitely want to watch for.

Here are some of the athletes that will make you proud to root for the Red, White and Blue at the summer games.

You probably already know her, but if for some reason this will be your first time watching Simone Biles compete at the Olympics, you are in for a treat. Tokyo will likely represent the Ohio native’s last time competing as part of the U.S. Olympic Team and after five medals in 2016 — including four golds — she has a chance to add even more to her collection. Biles is already considered arguably the greatest gymnast in history and all reports indicate that she’s in even better shape now than she was in Rio.

In addition to improving her athletic prowess, Biles has become an inspiring leader for Team USA, calling for reforms across her sport that would protect young gymnasts in the wake of the sexual assault trial that rocked gymnastics.

Qualifying for the Olympics multiple times is an immense accomplishment, but the Tokyo Games will be 35-year-old Allyson Felix’s fifth time sprinting for the U.S. Olympic Team, which is almost unthinkable. The nine-time medalist has been part of every summer Olympics since 2004, reaching a podium at every one of them and earning at least one gold medal in each of the last three. To make Felix’s story even more inspiring for the upcoming games, they will be her first since becoming a mom and will see her attempt to tie or break America’s all-time medal count by an individual track and field athlete, which is 10.

As always, the American swim team is expected to contend for many medals — and nobody will be competing for as many as Katie Ledecky. It’s hard to believe these will already be the third Olympics for the 24-year-old star, who was the youngest member of the entire U.S. Olympic Team in 2012 and the youngest member of the swim team in 2016. She’s no longer the baby of the bunch, but she is still the best and was the only American swimmer to qualify for four different individual events in Tokyo, while also likely taking part in one relay. Ledecky’s already got five gold medals to her name and could become the first woman in world history to tally 10 career golds once these games are over.

Now that swimming icons like Michael Phelps and Ryan Lochte are mere spectators, NBC has already singled out Caeleb Dressel as the sport’s next breakout star. He won two gold medals in Rio as part of relay teams but has yet to medal in an individual event, and he will compete in three of them in Tokyo. People who are turned off by superstar athletes with brash personas will likely be quick fans of Dressel, who is known for having a humble and down-to-earth personality.

Between basketball, baseball and softball, America will have some top-tier athletes representing it in the team sports, but the women’s soccer team is sure to make plenty of headlines. The two-time reigning World Cup champions were knocked out in the first round of the knockout stage during the Rio Games, giving them plenty of motivation to reclaim the gold medal they last won in 2012 this time around. Household names like Alex Morgan, Megan Rapinoe and Carli Lloyd will return to the pitch, joined by Rose Lavelle, who is already a superstar of the game despite this being her first trip to the Olympics.

The aforementioned Megan Rapinoe’s fiancee, Sue Bird is one of the most seasoned athletes competing for Team USA in 2021. The 41-year-old WNBA legend is going for her fifth gold medal in women’s basketball, which represents a streak of every American championship team since 2004. With one more medal of any type, Bird will surpass hoops icon Lisa Leslie and tie Teresa Edwards for the most combined medals in Olympics and world championship events for a basketball player.

If you’re looking for an Olympic athlete who’s a great role model and that your kids will also think is cool, Nyjah Huston is a great choice. The California native is the all-time king of competition street skateboarding, having won a record 10 gold medals in the event at the X Games. Skateboarding is making its Olympics debut in Tokyo and, naturally, Huston is considered a favorite for the gold in the street event. When he’s not on his board, Huston is improving the clean water supply in countries around the world through his charity, Let It Flow.