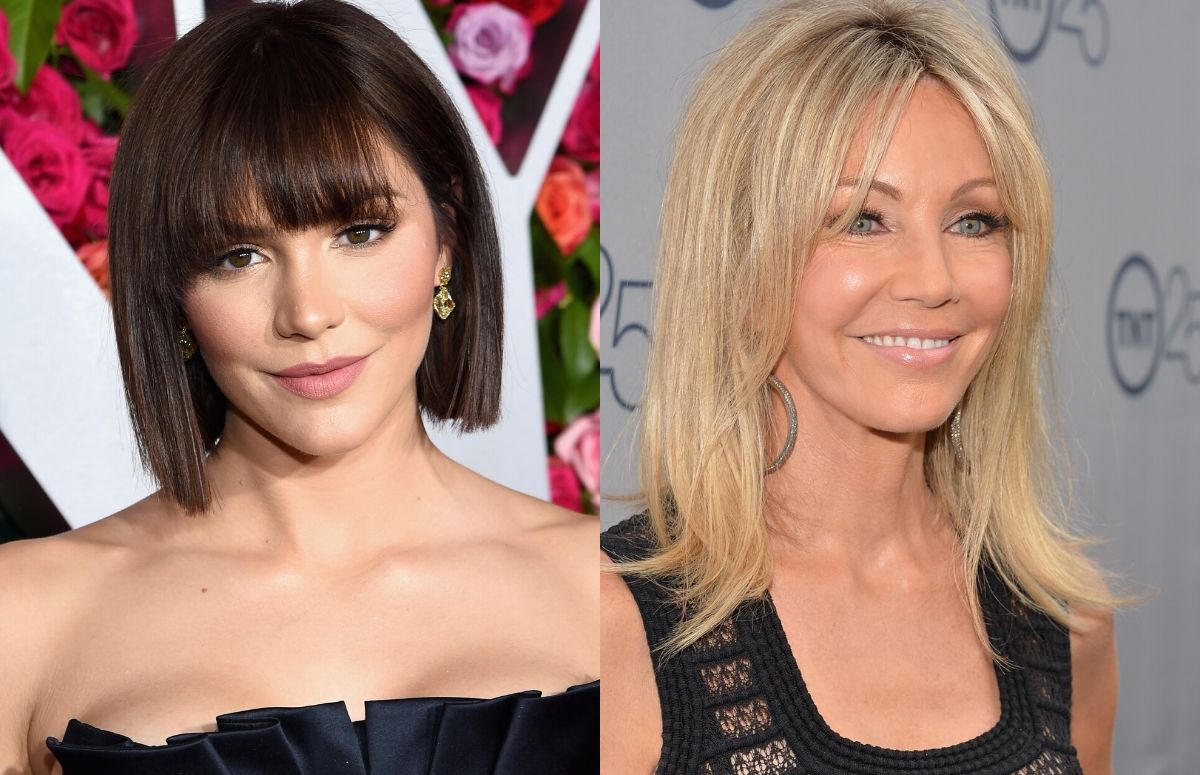 Rumors have swirled for years that Heather Locklear and Katharine McPhee were considering joining the cast of The Real Housewives of Beverly Hills. Gossip Cop noticed these two famous ladies popped up several times in the tabloid when it came to the hit reality TV show. We decided to take a second look at our busts about them to make sure we made the correct judgement.

In Touch was one of the first to claim that Locklear was in talks to join the cast of the Bravo reality show. Andy Cohen, the producer behind the Real Housewives franchise, had reportedly “been after her to join the show for years,” a “source” told the outlet. Locklear and her people were supposedly considering taking him up on the offer, the so-called “insider” continued. “Her people think it might be a good way for her to stay accountable and sober.”

Gossip Cop took that moment to point out that cast members are regularly shown drinking alcohol. Kim Richards famously struggled with sobriety during her time on the reality show. Already filled with doubts about this story, we reached out to Heather Locklear’s spokesperson, who informed us that it was “not true” that the Melrose Place actress was in talks to join the show.

A month later, Gossip Cop busted NW for essentially publishing the same story that Locklear was in talks to join Real Housewives of Beverly Hills. This outlet at least seemed to understand that remaining sober on a show that often featured alcohol consumption would be a struggle, but we rightly pointed out that this wouldn’t be a problem for Locklear. She wasn’t joining the cast, as her spokesperson had previously told us. This was just a late article rehashing a nonsensical story.

Heather Locklear is far from the only target of these sorts of rumors. American Idol alum Katharine McPhee has also been the subject of Real Housewives rumors. The National Enquirer reported that the songstress was in talks to join the show, which a supposed insider said would be “dream casting.” “Katharine has everything the Real Housewives franchise likes,” tattled the source. “She’s famous and beautiful.” From the description, that could be a large number of people, what makes McPhee such a prime addition?

Gossip Cop discovered that these rumors were entirely unfounded. It seems like they only began emerging because McPhee was engaged, and now married, to the ex-husband of a former Real Housewife. We learned from Katharine McPhee’s spokesperson that there was no truth to this story.

OK! continued the false narrative from there, reporting that McPhee turned down an offer to join the cast. “Andy Cohen especially thought it would be a coup to get Katharine on the show,” a so-called “source” told the magazine. “In the end, she just didn’t see it as the thing for her. With American Idol, she feels she’s already done her time on reality TV.” Gossip Cop learned that this wasn’t the case.

We reached out once more to Katharine McPhee’s spokesperson, who told us on the record that this article was false. McPhee never turned down an offer, because one was never made. It seems like the only reason McPhee is a target of these types of rumors is because of her loose connection to the franchise through her husband, David Foster, who was formerly married to Yolanda Foster. Tabloids will continue spew misinformation, but Gossip Cop is here to take them on.